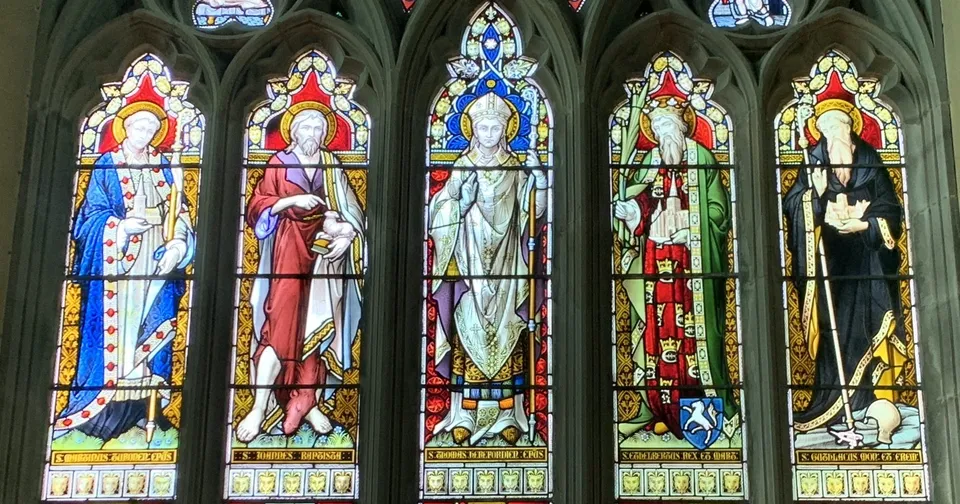 April 17, 2022 0Comments Connor Powell
Today (17th April 2022) marks 702 years since Saint Thomas Cantilupe was canonised by Pope John XXII. Thomas Cantilupe was the Bishop of Hereford from 1275 to 1282, and was one of the last Englishmen to have been canonised before the Reformation.
As a Saint, his title is ‘Thomas of Hereford’, and there are still many references to his life throughout the City, including Cantilupe Street and Cantilupe CofE Academy. As Bishop of Hereford, he was buried at Hereford Cathedral where a shrine was erected in his honour.
Saint Thomas of Hereford appears to have been an exemplary bishop in both spiritual and secular affairs. His charities were large and his private life blameless. He was constantly visiting his diocese, correcting offenders and discharging other episcopal duties, and he compelled neighbouring landholders to restore estates which rightly belonged to the see of Hereford. Thomas Cantilupe has been lauded as the “Father of Modern Charity,” and is cited as an inspiration by Mother Teresa and Melinda Gates.
In this picture above, Saint Thomas Cantilupe stands in the middle, surrounded by St. Martin de Tours on the far left, St. John the Baptist to his immediate left, St. Ethelbert on the far right, and St. Guthlac to his immediate right.
by Connor Powell