Announcing Mark Dykes as the 640th Mayor of Hereford 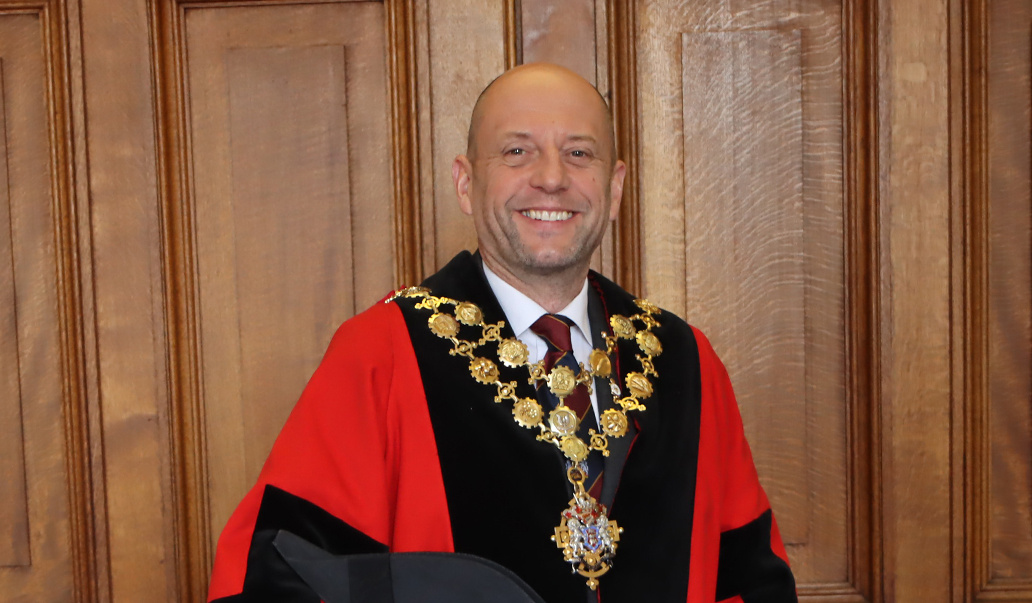 We are delighted to announce the 640th Mayor of Hereford, Cllr Mark Dykes!

Cllr Paul Stevens had a Mayoral year which began in May 2021, when the Covid-19 Pandemic was receding in England, yet still very much prevalent. As lockdowns across the Country began to ease, Cllr Stevens threw himself into the role as an extremely active Mayor, attending and engaging at numerous events.

After being sworn into office by Steve Kerry, the Town Clerk, Cllr Mark Dykes took on the next year of 2022-2023 as Mayor of Hereford.

Born in Hereford, Mark grew up in the Whitecross area of the City with his parents Ray and Sylvia and his two brothers Ashley and Jeremy. He attended Lord Scudamore Primary School, Lord Scudamore Junior School and finally, secondary education at Whitecross High School. He had a passion for physical activity and represented the school at various sports, including Athletics and Swimming.

A career in the Military beckoned and after a short period working at Sun Valley, in 1987 Mark joined the Royal Artillery and completed his basic training in Woolwich, London. His first posting was to 56 Special Weapons Battery, 39 Heavy Regiment in Sennelager, Germany. After serving in Germany and Cyprus, Mark volunteered to join the Commando Forces. On completing the All Arms Commando Course in June 1991 and earning the coveted Green Beret, he was then posted to 29 Commando Regiment RA in Plymouth. He served with “two nine” for the remaining 20 years of my 23 year military career.

Mark currently works full time as a fitness professional at Halo Leisure. He is a member of Hereford Triathlon Club and have completed numerous Middle and Ironman Distance Triathlons. He also has a passion for Skiing and reading.

In 2016 Mark was asked to stand in the City Council Elections and became ward member for Newton Farm, whom he still represents. He is also a Trustee and Chairman of Belmont Community Centre. Mark stated that he is honoured and very proud to have been elected by his fellow Councillors to become Chair of the City Council and the 640th Mayor of the City of Hereford.

We congratulate Cllr Mark Dykes on this prestigious occasion, and send our heartfelt thanks for Cllr Paul Stevens for a Mayoral year well served.