Become a magistrate in Herefordshire 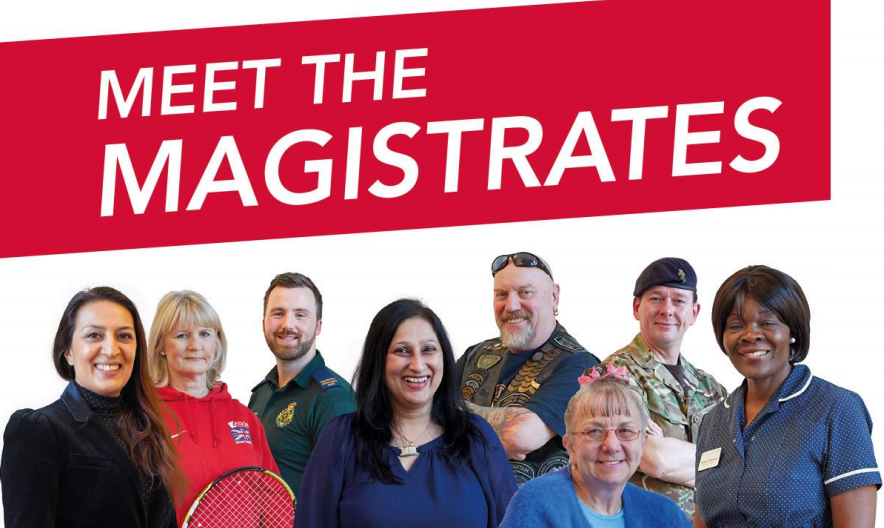 Staffordshire and West Mercia Advisory Committee is seeking applications from those interested in becoming a magistrate on the Herefordshire Bench where new magistrates are needed in the Adult Criminal Court.

These are voluntary positions; you do not need legal training or formal qualifications to become a magistrate and we are looking for applications from across the county and from all sections of the community.

Magistrates are not paid (although some allowances can be claimed), and those who are successful in being appointed must be able to attend training and sit in court for at least 13 days a year – this is a minimum requirement.

Anyone between the ages of 18 and 65 may apply. Applications are particularly welcome from members of Black and Minority Ethnic communities, people under the age of 50, people in paid employment, and people with a disability who are able, either unassisted or with the benefit of reasonable adjustments, to carry out the full range of a magistrate’s duties.

If you are interested in being considered for appointment and want to find out more about the work of a magistrate and how to apply, see: www.gov.uk/become-magistrate or email swmjco@justice.gov.uk

Applications for the Adult criminal court open on 1st August 2021 and close on September 10th with interviews being held later in the year. Prior to submitting an application at least one observation visit must be made to a magistrate’s court where magistrates [rather than a District Judge] are sitting; each visit should be for a minimum of half a day.

Magistrates will tell you what a worthwhile and rewarding position this is – as well as doing something vital within the community, friendships are formed and magistrates enjoy each other’s company.