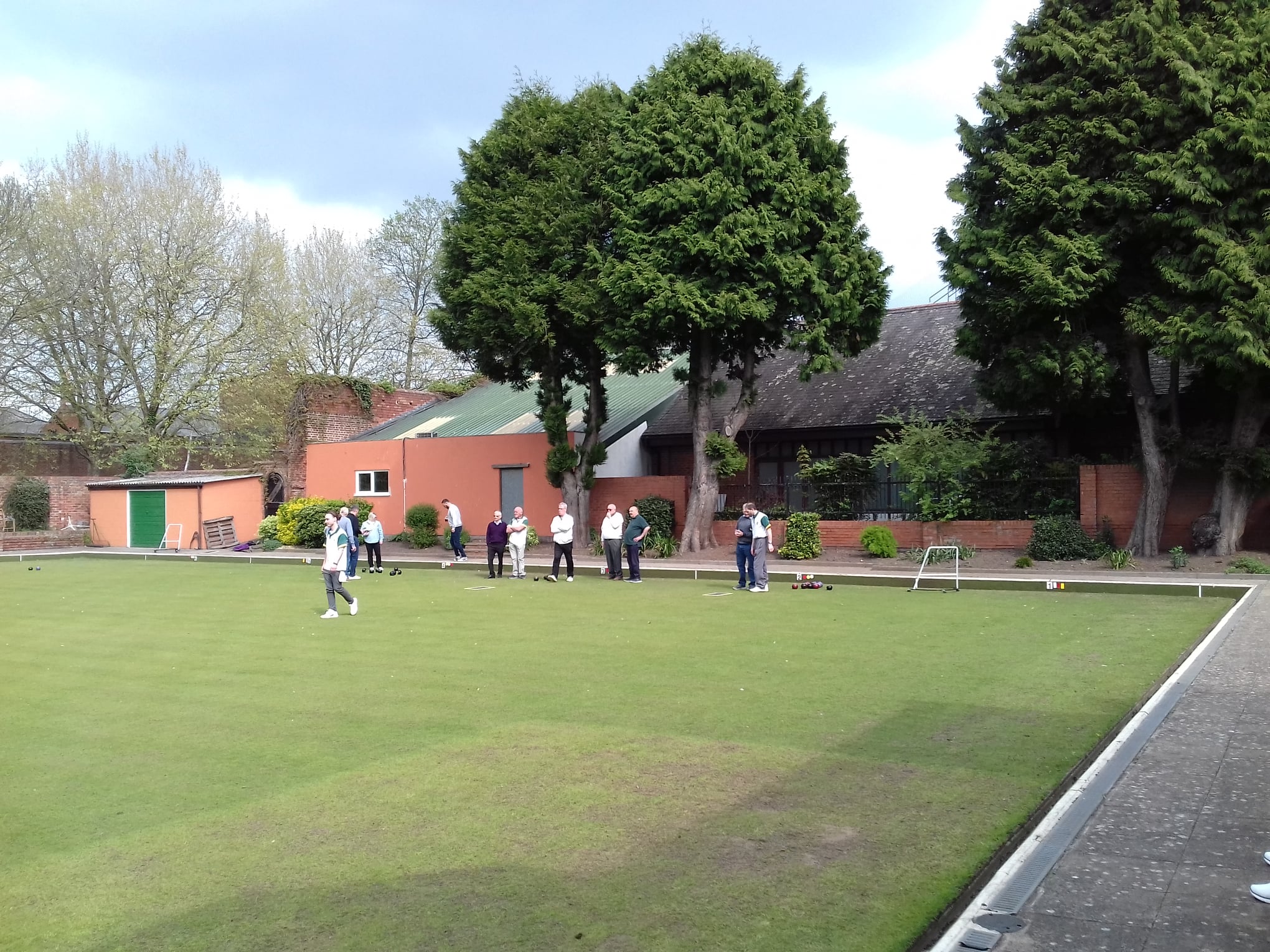 Hereford City Council awarded a grant of £3,000 to the Hereford Bowling Club, for the refurbishment of their Clubhouse roof.

Hereford Bowling Club is a historic club which dates back as far as 1484, and gives members a place to practice and play the game of bowls. The Club has a long and varied history which spans centuries, with its present members proud to continue the tradition.

Though located in the centre of Hereford City, the Bowling Green is a hidden gem of tranquillity, offering members a scenic and entertaining escape. Bowls can be a competitive and casual sport, and has the valuable quality of being accessible for anyone to join in and play.

The grant will primarily go towards Hereford Bowling Club repairing the roof of their clubhouse, enabling their members to use the building for group activities. The state of disrepair requires immediate attention and the indoor section of the clubhouse facilitates a skittles alley, a bar and seating area.

Hereford City Council agreed to award a grant of £3,000, and hope to see the clubhouse at Hereford Bowling Club restored to its full potential. 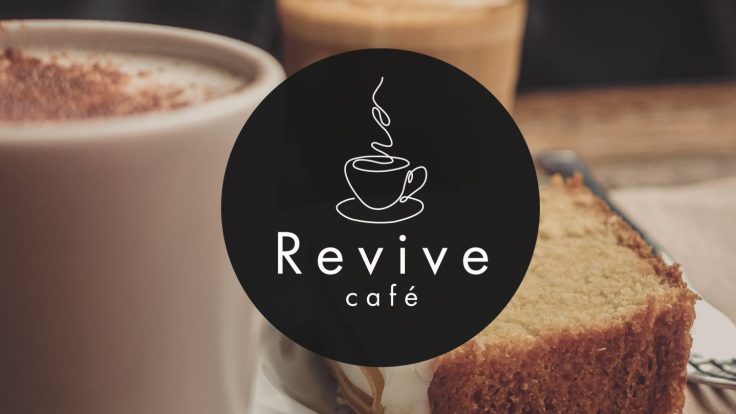 Hereford City Council awarded a grant of £3,000 to the Christian Life Church, for their Revive Community Café project.

The Christian Life Centre is a religious charity in Hereford which provides several incredible projects to the City. The Art Group was originally created as a safe place for vulnerable adults to meet; a number of these adults had been identified as needing help and support through previous counselling meetings.

The Revive Café Art Group’s primary aim is to provide creative activities for adults in a safe and welcoming environment, building their self-esteem, resilience, confidence and self-worth, using art projects that increase their self-awareness and ability to interact with others, positively impacting their well-being and involvement when they are in the community.

City Councillors met one such visitor to the café who shared their personal experience. As a soldier, they had served in the Falklands where they sustained a severe back injury. For years they struggled with pain and took increasing levels of painkillers to cope. Having become isolated and withdrawn, they were rapidly becoming a recluse, until a community psychiatric nurse suggested the Art Group at Revive. This helped them turn things around, and they are now a volunteer for the Waterworks Museum, and credit the Revive Café as preventing them from falling deeper into isolation and depression.

There is no other provision of this kind in the City, and this was an important factor in the consideration of the grant application. Hereford City Council agreed to award Christian Life Church £4,236.94 for the continuation of the Revive Café Art Group project, and were thankful that the services helps so many people in their darkest hours. 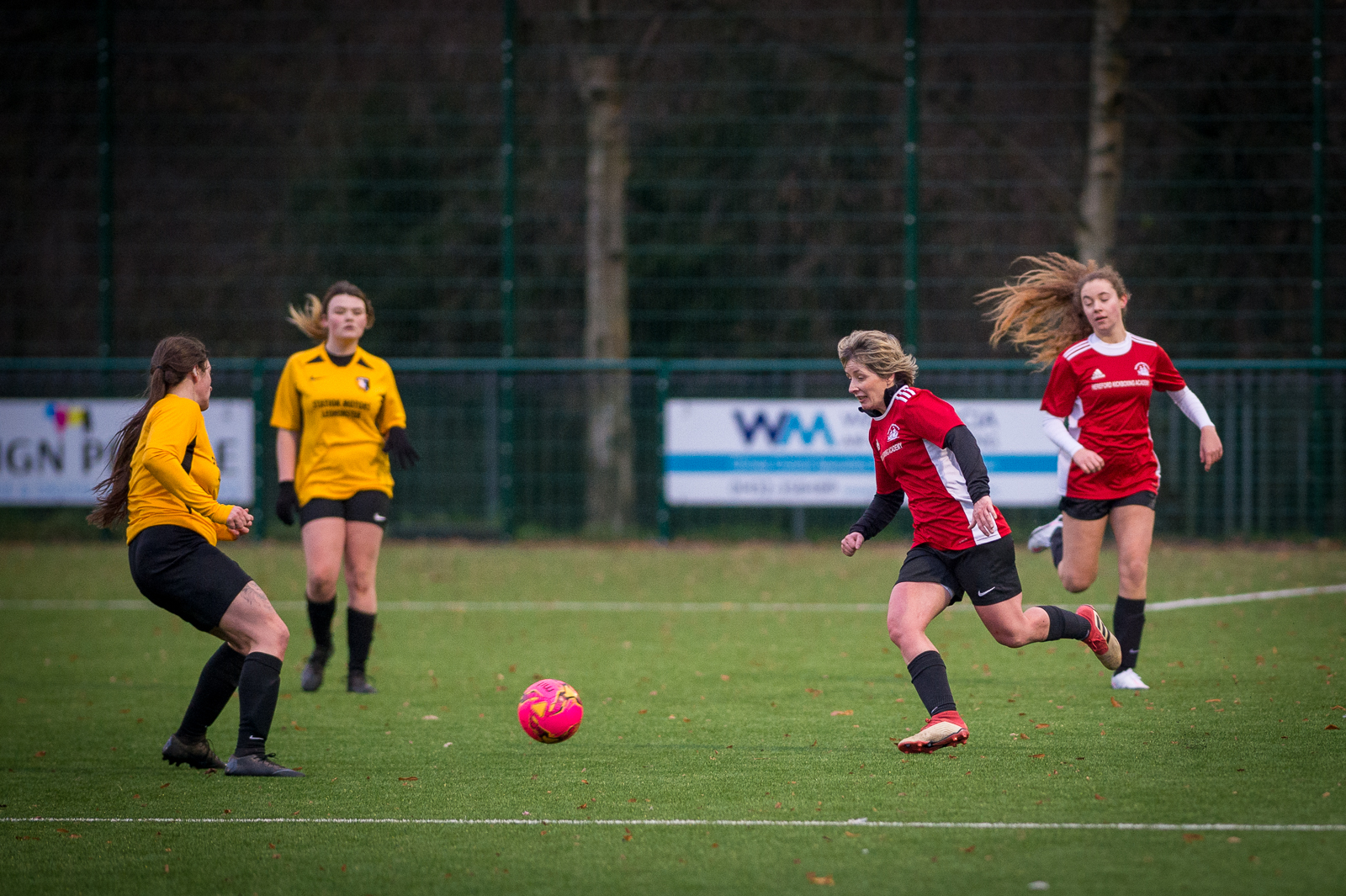 The role of Herefordshire FA is to develop, promote and support football in Herefordshire. They organise and administer competitions, leagues and cups for the clubs, grow participation, educate coaches and referees, provide help and advice and much more.

Previous projects have included dementia awareness, forces veterans clubs, Wyeside Police and a ‘thank you’ trophy for the NHS and SSAFA. This grant’s aim was to capture some legacy from the success of the England Women’s Football Team and to capitalise on the rapidly rising enthusiasm for football among girls and women. The purpose is to provide access to training for women to become coaches working mainly, but not exclusively, in female clubs. The club will provide free access to sessions at schools with one-off tournaments to encourage participation in clubs. School sessions can be in games, lessons, at lunch time, or after school, so there is great flexibility in timing.

Hereford City Council agreed to award Herefordshire Football Association £5,000 to provide training and facilitation for women’s football, a much-needed addition to Hereford’s wide range of sporting activities. It was noted that this is a timely project, with so many being inspired by the lionesses success against the World Champions recently. 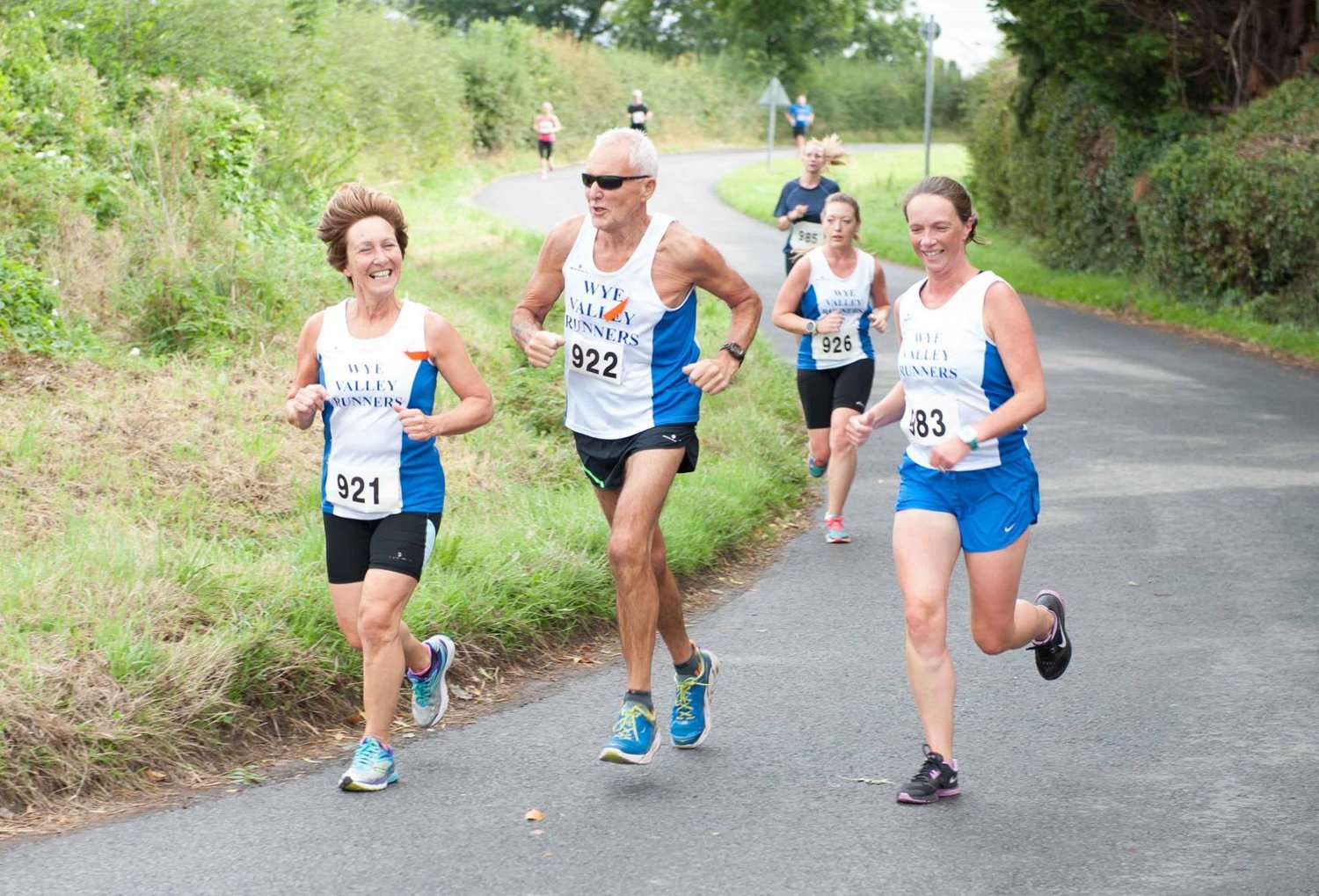 Hereford City Council awarded £1,500 to Wye Valley Runners, with an additional provisory £1,500 award if condition are met, for their project to increase membership numbers.

Wye Valley Runners are a well-established friendly running club, based in central Hereford at the Halo Leisure Centre. They welcome runners of all abilities and have a great mix of people in the club: young, old, fast, slow and everything in between. Their aim is simply to get the most out of the sport – socially and competitively. Club members come from all over Herefordshire and across the border into Wales.

Training evenings take place every Wednesday and vary from track, to hills, to trail, to road and more. They organise a series of races including the Muddy Woody, The Caplor Hill Race and a couple of cross country races. They take part in the summer and winter cross country series and their members get involved in all sorts of racing including fell, ultra, mountain and road.

This grant helps fund a membership drive as part of their fortieth anniversary. The programme aims for “Couch to 5km” as an objective to encourage running for health, fitness, and the social benefits of bringing people together in a shared activity. It was noted that whilst anyone can run anywhere at any time, the experience of being followed at night means many people much prefer to run in a group. They want to reach into communities that don’t have a high level of engagement and members, and venues south of the river would be especially welcomed.

Hereford City Council were pleased to see a project which combines social interaction with health and fitness, and agreed that a grant of £1,500 should be awarded to the Wye Valley Runners, with a further £1,500 added on the provision that 75 new members are recruited by October 2023.

For more information on the Wye Valley Runners, visit HERE. 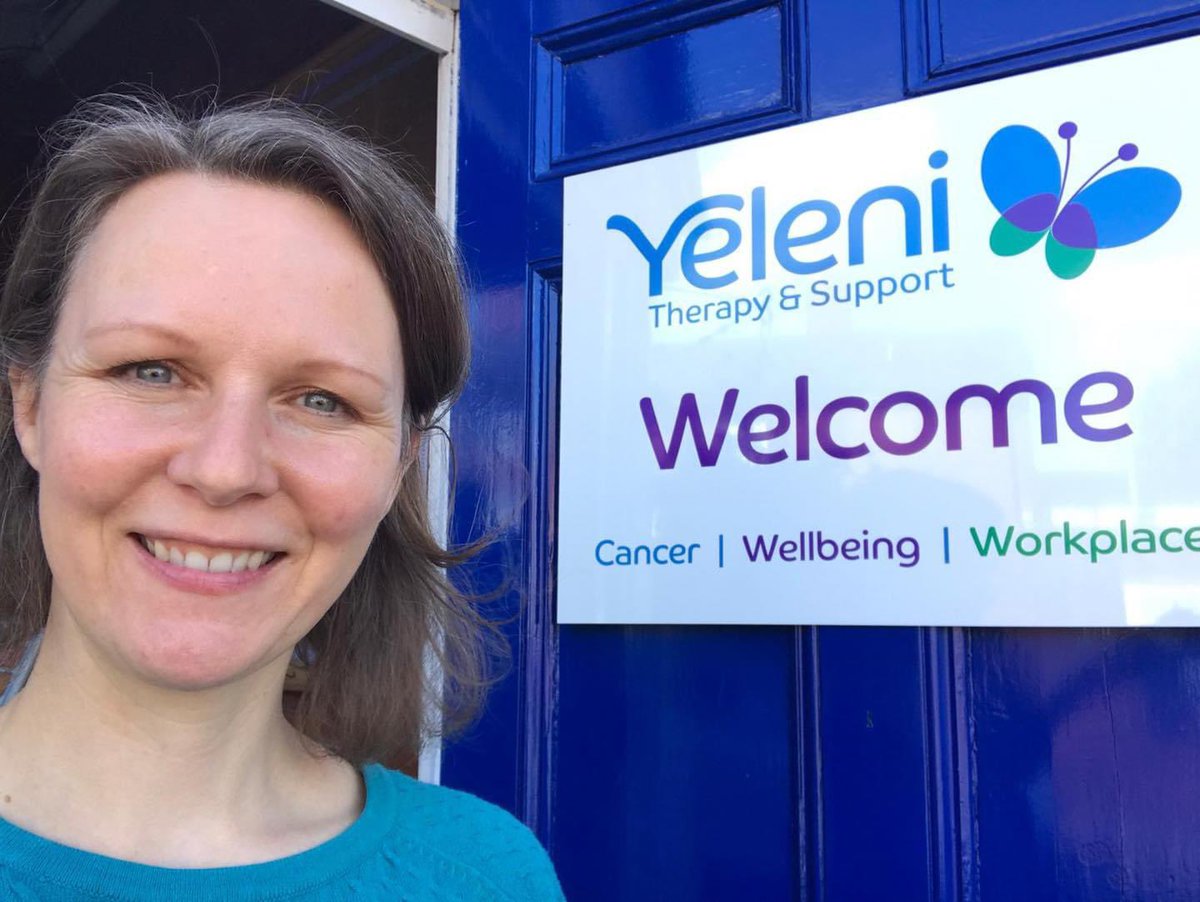 £5,000 Awarded to Yeleni Therapy and Support

Hereford City Council awarded £5,000 to Yeleni Therapy and Support, to help them meet increasing demand in supporting those who have undergone treatment for cancer.

Yeleni Therapy & Support is a complementary therapy & Reiki training centre, plus a charity providing free therapy sessions to anyone at any age, with any cancer at any stage in Herefordshire and surrounding counties. Yeleni is also open to the general public. At Yeleni they have a wide range of therapies available in their warm and welcoming therapy rooms. If you have aches and pains, suffer with conditions like anxiety or insomnia or simply need to talk to someone, the staff at Yeleni are there to help.

The group is seeking to expand their activities to offer services to people of any age, with any type of cancer and at any stage of the disease. They offer a range of complimentary therapies which are particularly valued for their capacity to reduce harmful side effects of the aggressive chemo and radio therapies that are used to attack cancers. Often people come when they have got well into treatment or even after a course, as side effects can build up and continue after a course. Completion of therapy can often be a crisis point.

The service is very much client-led, with each patient having a key worker. With Haven having closed down, 77 new patients have come in with breast cancer, and the temporary funding the group had during the COVID-19 pandemic has now ceased. Just over 50% of clients come from within the City, and there is also an online advice and support service. On average there are about 1,300 new cancer cases in the county every year and about one third of all people will get cancer in their lifetime.

Hereford City Council agreed to support Yeleni Therapy and Support with a grant of £5,000, helping to provide a means for the continuation of this vital service.

For more information on Yeleni Therapy and Support, visit HERE. 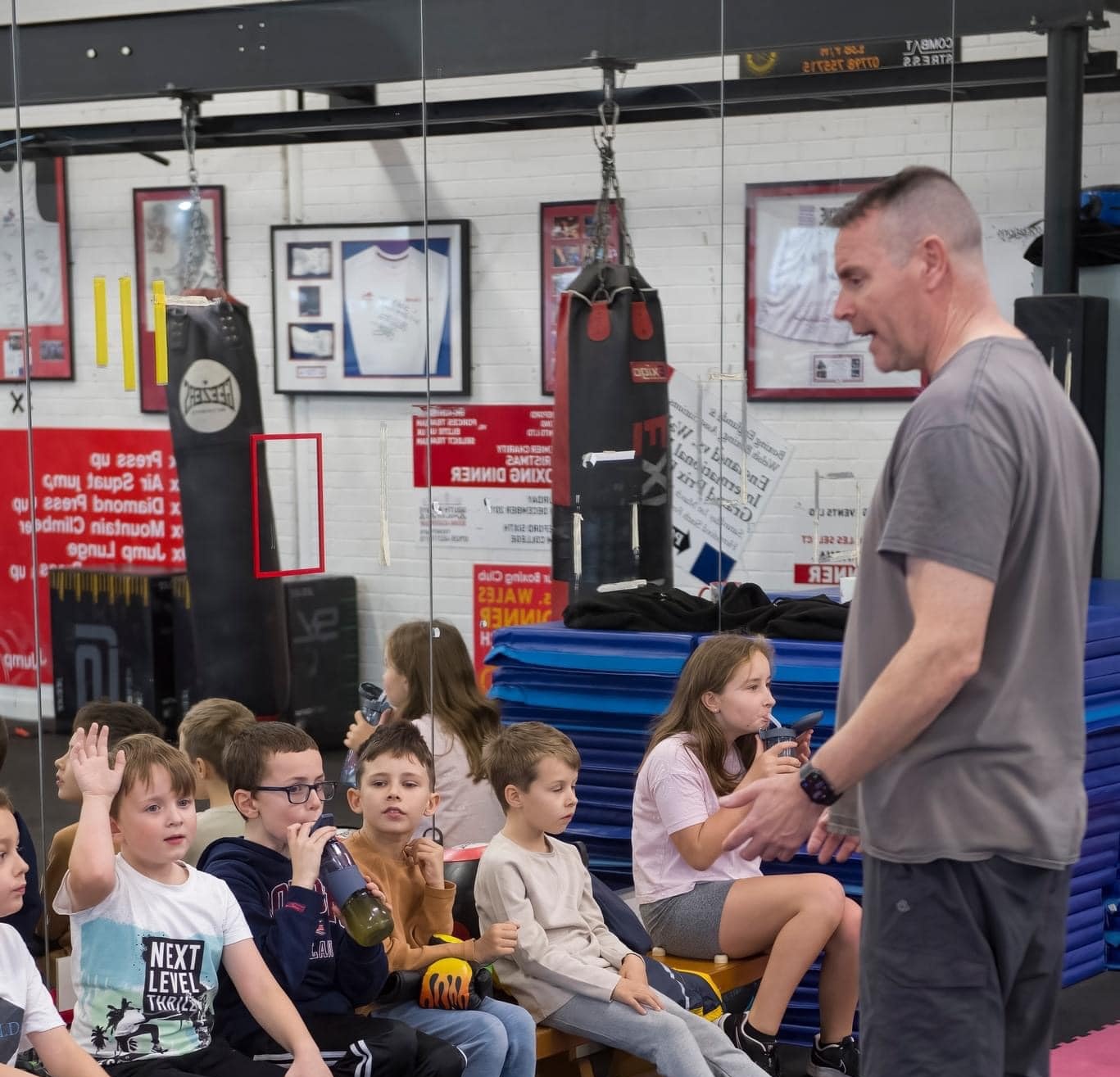 Hereford City Council awarded £5,000 to Hinton Community Centre, which will go towards supporting their Fit & Fed and Cosy Café projects.

Over the years the popularity of the Centre has grown and has been used by numerous groups and organisations ranging from sports clubs, Herefordshire & Ludlow College, Prince’s Trust, Hereford Police Cadets and the NHS. It is estimated that there are over 1,000  Centre users every week. Hereford City Council actively support Hinton Community Centre, with Vince McNally as the Hinton Community Centre Manager.

‘Fit and Fed’ is an initiative run by the South Wye Boxing Academy and the West Mercia Police, aiming to give positive alternatives to children who would otherwise be at risk of drifting into anti-social behaviour and crime. It has been taken up by parents and has become truly valued in the community. The programme runs through half terms and longer school holidays and is especially aimed at underprivileged children to give them some nutritious and well balanced meals whilst engaging in healthy social activities. The Police attend in uniform to try and build a positive perception of their role and break down barriers; there is no attempt to conceal their input.

City Councillors felt this was a very sound project and appreciated that it covered every school break up to next year’s summer holidays. Sustainability of provision was an important factor in deciding that this application had special merit. Hereford City Councillors agreed to help continue Fit and Fed and the Cosy Café, as both projects have so far been a resounding success and have become an integral part of the community in Hereford.