Hereford City Council awarded an annual grant of £10,000 to the Hereford Citizen’s Advice Bureau, to help them continue providing their vital services.

Hereford Citizen’s Advice Bureau work to give local people advice on issues which are causing them problems in life, whatever that problem may be. From unemployment and benefits, to relationship troubles and child support, Hereford CAB tackle issues in every corner of our community.

When we last caught up with Hereford Citizen’s Advice Bureau in May 2021, we asked how their previous £10,000 grant had been put to use since awarded it in 2020. As expected, the pandemic had put a huge strain on the team, and enquiries had risen substantially. From people losing their jobs to housing evictions and money issues, the Citizen’s Advice Bureau had dealt with a variety of unforeseen circumstances, aiding those who had been hardest hit by the lockdowns.

Sadly, many more people throughout 2021 have had to deal with these challenges. The team have dealt with a massive amount of cases, most of which were due to Covid-19. Many who had never had experience of the benefits system had been forced to claim universal credit after entering troubled times, and in a number of cases those people did not have access to the internet or knowledge of how to navigate the system. Now that the eviction moratorium has been lifted, the courts have a backlog of cases and the CAB maintain a desk at the court to offer advice, which often achieves last minute stays of action while better solutions are found.

Roughly 44% of cases are related to benefits and 40% of claimants have a long term disability. People in crisis are currently desperate for help, and the City Council fully supports the work the CAB do in helping them. It was agreed by City Councillors that the annual grant of £10,000 be released to Hereford Citizen’s Advice Bureau to help these incredible efforts continue. 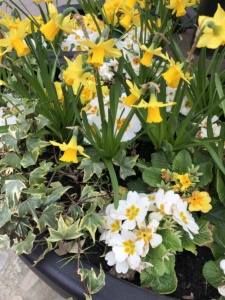 Hereford City Council agreed to release this year’s grant of £10,000 to Hereford in Bloom, to help them continue their ongoing work in the City.

Hereford in Bloom is a group of volunteers committed to ensuring that Hereford, a vibrant and growing city, protects – and enhances – its natural environment. Their remarkable efforts won top marks from the judges of Britain in Bloom in 2015 – a competition staged by the Royal Horticultural Society – and won them a Gold Medal for the City.

Recently the City has once again achieved Gold Award status thanks to Hereford in Bloom, and this is estimated to boost tourism and visitors to Hereford by around 17%. However, Hereford in Bloom do much more than just this competition. Their wider activities involve schemes to reclaim derelict land, plant trees and build community involvement too, which is hugely beneficial not only for tourists, but local residents too.

Hereford in Bloom has seen the price of plants rise in recent times, despite their team’s efforts to secure good deals and source quality flora. Transport costs are likewise becoming much more significant, and funding for the group has been severely tight over the course of the Covid-19 pandemic.

Regardless of this, many of Hereford in Bloom’s projects have pushed forward and made great strides, such as the new flower beds planted along Station Approach, and the group’s work in advising and aiding others who need assistance with their land, such as Blackfriars Rose Gardens.

City Councillors agreed that the incredible and ecological work of Hereford in Bloom was important to maintain, and agreed to release the annual grant of £10,000 to assist the group.

For more information on Hereford in Bloom, visit: www.herefordinbloom.co.uk 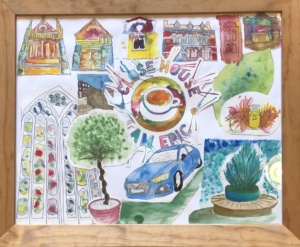 Hereford City Council agreed to release this year’s grant of £15,000 to Close House in order to help fund their numerous projects, following a report presented by Ben Lea.

Close House is a Youth Centre located in Hereford City Centre, and Hereford City Council have long been proud to support their brilliant work with young people. The Close House Project aims to be a safe, supportive and inspiring place for Hereford’s youth, breaking the cycle of negative experience and behaviour that some young people face, helping them find hope and aspiration and enabling them to control the direction their own lives take.

The ongoing funding from the City Council covers the cost of running their drop-in service, as well as the Idle Hands programme. Close House also help run the Hereford City Youth Council, which gives young people a voice on the Parish Council and helps introduce them to the inner workings of Council and office environments.

As unfortunately expected, the Covid-19 pandemic has made the work of Close House very difficult. Face-to-face appointments and meetings have not been possible, leaving many young people without the support they need without Close House. Though the group is now making a fresh start after the recent lifting of lockdowns, it has been difficult for staff to manage as several staff members have moved on and there is a marked lack of gap year students and volunteers.

However, Close House has made progress on branching out to more young people to seek able and willing help, and business is picking up rapidly. It’s no surprise that young people are keen to delve into Close House’s inspiring work. The Idle Hands project has worked through three outreach programmes in large spaces to enable meetings during the pandemic; this helps tackle risks posed to young people such as County Lines drawing them into drug-related issues and associated crime. Close House enables those vulnerable to these issues turn negative behaviour into positive behaviour; a truly applaudable goal.

City Councillors agreed that Close House’s work in the City is vital for young people in Hereford, and many spoke to express their appreciation for their ongoing work and support. It was agreed that the annual grant of £15,000 be released to help Close House continue their projects. 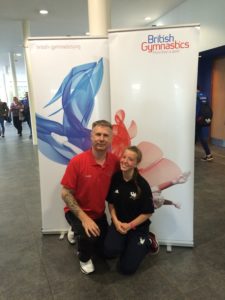 Hereford City Council awarded £3,000 to React CIC, which will go towards funding equipment for use by their members.

React CIC are an award-winning and inclusive club which welcomes all members to partake in gymnastic, trampolining and other dextrous activities. They offer training and facilities for those who wish to advance in these enjoyable and challenging sports, with their facilities able to accommodate individuals from pre-school age all the way to adulthood. Their teams and members have reached high places in competitions at local and national levels, thanks to their amazing service.

Historically, boys and men have been underrepresented at the club, and though React encourage all to join who feel willing, there was a drive to help boys work on their skills at the club. Many of the boys who have attended the club have been restricted in their activities by the lack of bespoke equipment. In order to provide competition-grade facilities, React required funding essential for coaching at the higher levels of performance.

It was particularly difficult to find a location suitable for the needs of gymnastics and trampolining, as high ceilings and wide areas are required. Much of their previous funding has come from the organisers themselves, and React’s story of being built beginning with a single trampoline is a testament to the determination of those who run the club.

Around 95% of the children who use React’s facilities are from Hereford City or the surrounding area, demonstrating how much of a boon the club is for local residents. Without React, many would not have the opportunity to partake in these sports.

City Councillors noted how remarkable it was that this group had achieved so much in such a short time, as well as the personal commitment of the founder. Not only is the club fantastic for the physical fitness of the City’s youth, it also provides support for ever-increasing mental health issues. It was agreed that React be awarded £3,000 to help support their project. 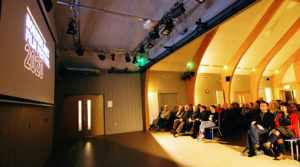 Hereford City Council awarded a grant of £3,000 to Borderlines Film Festival, which will go towards the film festival returning in 2022.

Borderlines Film Festival is the UK’s largest rural film festival, and their events are open to all in Hereford City, Herefordshire, Shropshire and some parts of Worcestershire. The festival is a well-established tradition in the City, commencing annually to provide residents with films, arts and events of all kinds.

Offering high quality, contemporary cinema experiences for all to enjoy in an area that is often underserved, their programme focuses on World Cinema, Best of British and documentary features, along with a showcase for local archive materials and new productions from local companies.

Last year, due to the Covid-19 pandemic, Borderlines Film Festival took place entirely online. This brought in around 15,000 viewers and managed to reach groups and individuals who would normally be unable to engage with the festival due to travel and access difficulties. The pandemic has been particularly hard for the arts sector to endure, so it was understandably inspiring to see Borderlines success in the face of such troubling circumstances.

In 2022, while guidelines permit, the festival is planned to take place as a hybrid online and physical event, with some films being shown at the Courtyard in Hereford, while others will be screened online. While this has an added safety effect, it also enables those who cannot attend the Courtyard a chance to watch these unique and unusual films in the comfort of their own home.

City Councillors noted that many of the films shown at the festival are not available in commercial cinemas and makes an important contribution to the appreciation of film as art. It was agreed that £3,000 should be awarded to help support this ongoing and ambitious annual event. 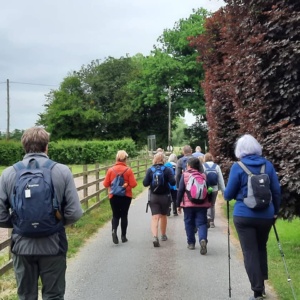 Hereford City Council awarded a grant of £3,000 to Herefordshire Walking Festival CIC, to help fund the group’s ability to provide more walks, as well as the distribution of marketing materials.

Herefordshire Walking Festival was first organised in 2002, and has since been a staple event in Herefordshire, introducing both local residents and travellers from afar to the beautiful scenery our County has to offer. The festival is organised and ran by a small group enthusiastic walkers and local businesses who enjoy sharing the passion and knowledge of walking in Herefordshire.

The Walking Festival offers a wide variety of walking for all levels and interests, from 2 miles all the way up to 25 miles! There are various terrains to take part in walking across, accommodating for all abilities, including wheelchair friendly and visually impaired walks. The group is on record for saying; “What the County lacks in motorways, it more than makes up for in Walking Trails!”

Walking is an important factor in attracting visitors to our County, as Herefordshire’s beautiful scenery is one of its most respected aspects for both locals and tourists.

Since the Covid-19 pandemic began, many have discovered the joys of outdoor activities, especially walking through nature. Not only have many been encouraged to partake in outdoor exercise, but they have also shown an increased interest in joining walking groups such as this. City Councillors recognised the numerous benefits which the Herefordshire Walking Festival give our County, and agreed a grant of £3,000 be awarded to help enable their passionate service to continue.

For more information on the Herefordshire Walking Festival, visit: www.herefordshirewalkingfestival.co.uk