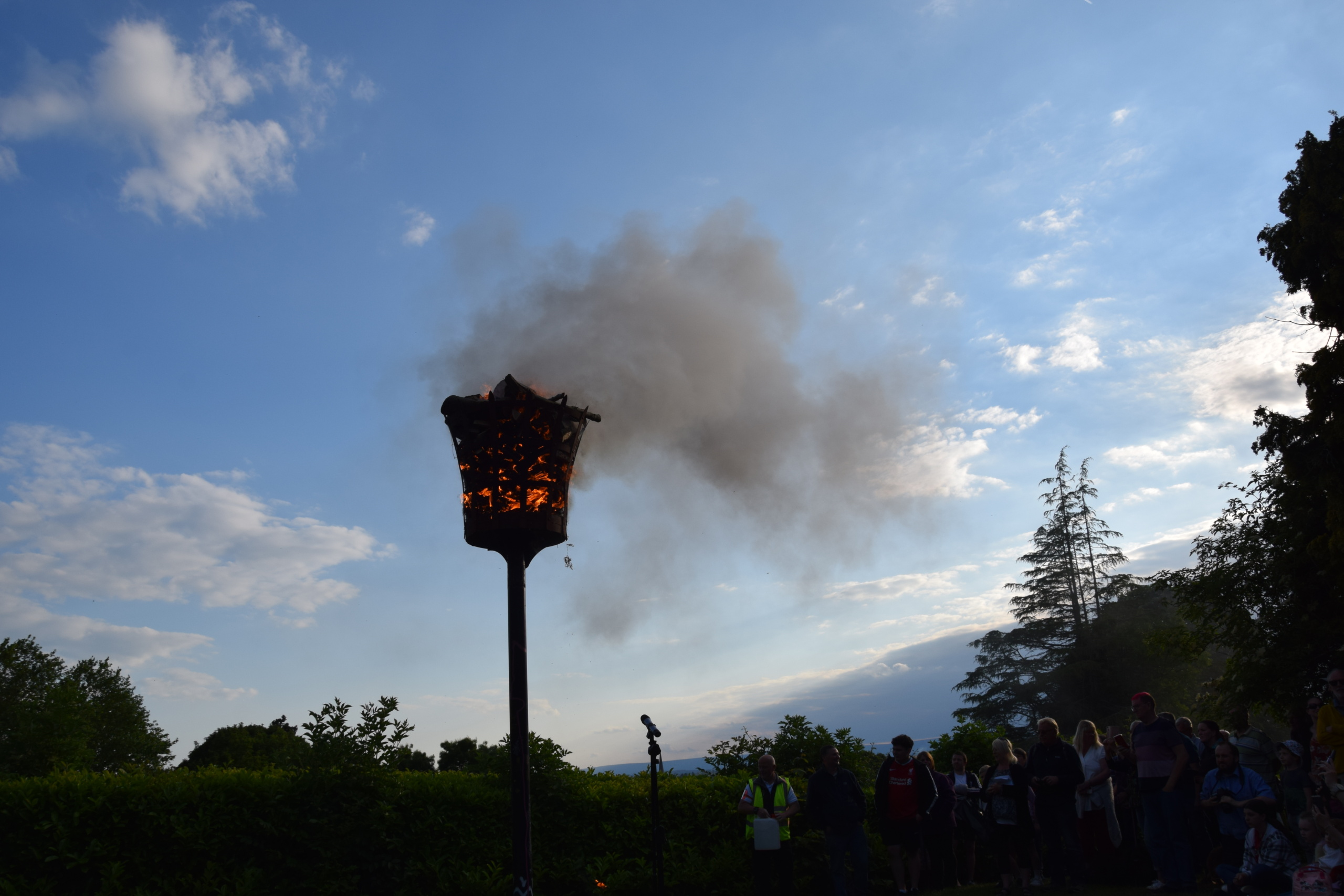 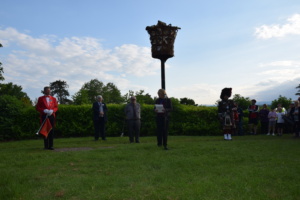 As with the Golden and Diamond Jubilees, Hereford kept the tradition of lighting a beacon at Churchill Gardens in recognition of the Queen’s 70 years on the throne, the longest reigning monarch in British history.

Accompanied by bagpipe music and the singing of the national anthem, the beacon was lit in the early evening, with large crowds applauding the historic occasion.

Across the United Kingdom, beacons are lit as part of a long tradition of celebrating jubilees, royal weddings and coronations, dating back from hundreds of years ago when beacon chains were used as communication tools. Today, they symbolise togetherness at key moments of national significance.

On mountain peaks and hilltops, on village greens and town squares, a chain of more than 3,000 beacons were set ablaze across the UK, Channel Islands, Isle of Man and UK overseas territories. The Queen herself symbolically led the lighting of the principal jubilee beacon by touching the Commonwealth Globe of Nations, created for the beacons project, in the quadrangle at Windsor Castle.

We wish all citizens of Hereford and beyond a jolly jubilee weekend. With many street parties taking place over the coming days, there is much cause to celebrate!