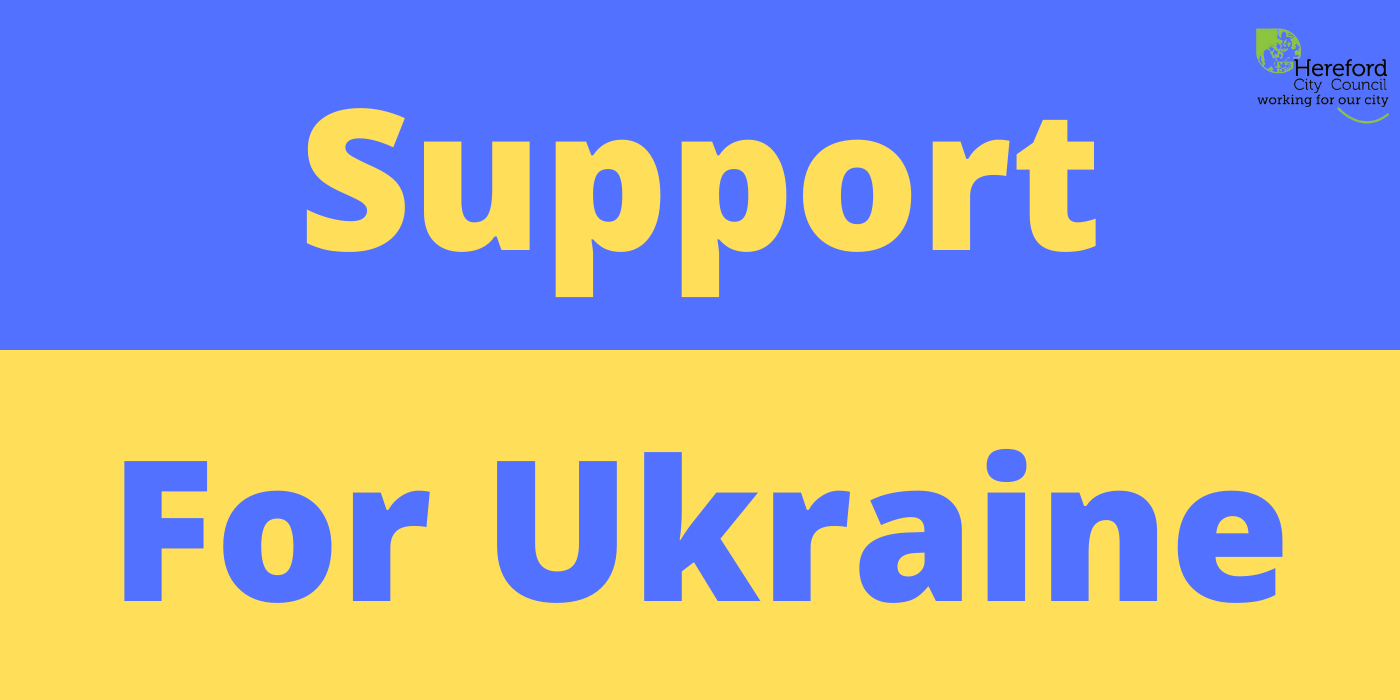 To support the valiant resistance made by the people of Ukraine against the unlawful attack on them by Russia, Hereford City Council tonight (15th March) approved two resolutions.

The Mayor of Hereford, Councillor Paul Stevens, proposed a resolution of support and this was followed by a further resolution which will send £10,000 to the Disasters Emergency Committee (the main agency for relief from the UK), and a second donation of £10,000 to the President of Jaworzno’s “Jaworzno Supports Ukraine Fund”. Jaworzno is the city in Poland which has a partnership with Hereford and, like many communities across Poland, has been receiving daily large numbers of refugees from Ukraine.

Members of the public who wish to support Ukrainian refugees can donate here to support: https://www.justgiving.com/crowdfunding/hereford-citycouncil