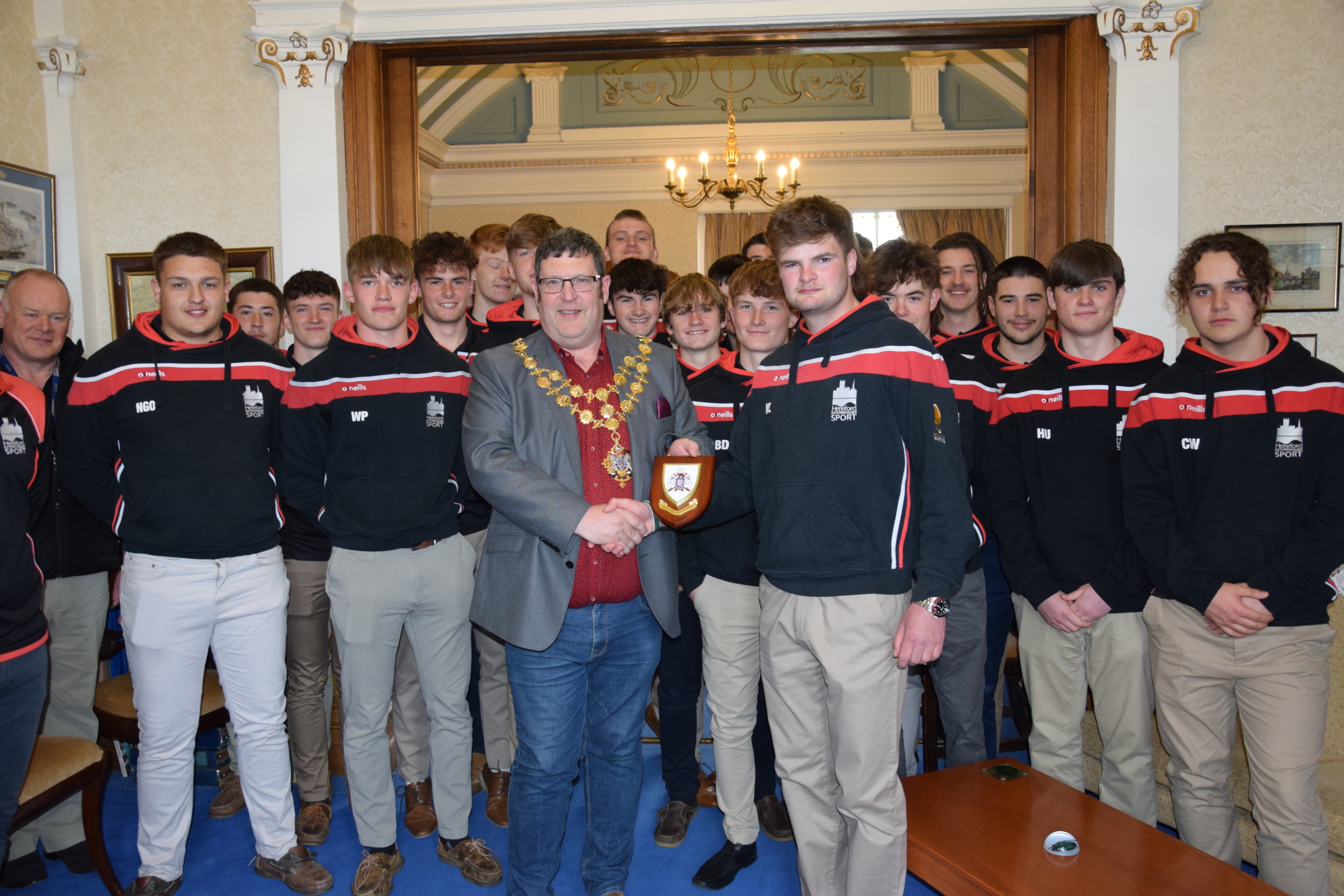 Hereford Sixth Form College took on USP Storm in the final of the inaugural ECRFU Cup. The game was hosted by Walsall RFC and was played on a new RFC 365 all-weather pitch. 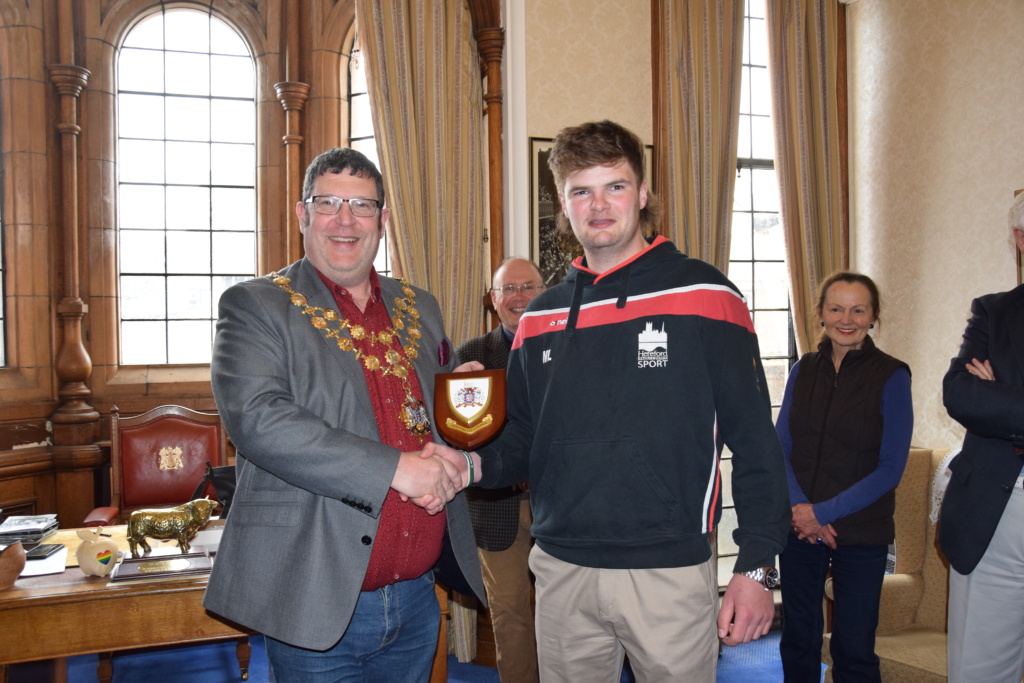 Understandably, both teams showed early nerves with unforced errors not allowing either team to control territory or possession. USP played strong through the entire match, and after a close game which saw the two teams gaining and regaining the lead, Hereford were able to respond well to the tempo of the game and seize victory.

The inaugural ECRFU Cup final will live long in the memory of all those involved and was an outstanding advertisement for some of the excellent rugby which takes place within the college sector. Thanks must also go to USP for providing excellent opposition on the day, and for being humble in defeat.

The Mayor provided a plaque to commemorate Hereford Sixth Form College’s incredible success, and gave a tour of The Mayor’s Parlour in Hereford Town Hall for the team. Among them, coach Andy Douthwaite, said “Our victory was a squad effort and we take our hats off to all the boys involved. We’re extremely pleased to see the training having paid off.”

We congratulate all those who participated in achieving this ground-breaking victory, and can’t wait to see Hereford go on to make waves at future competitions! 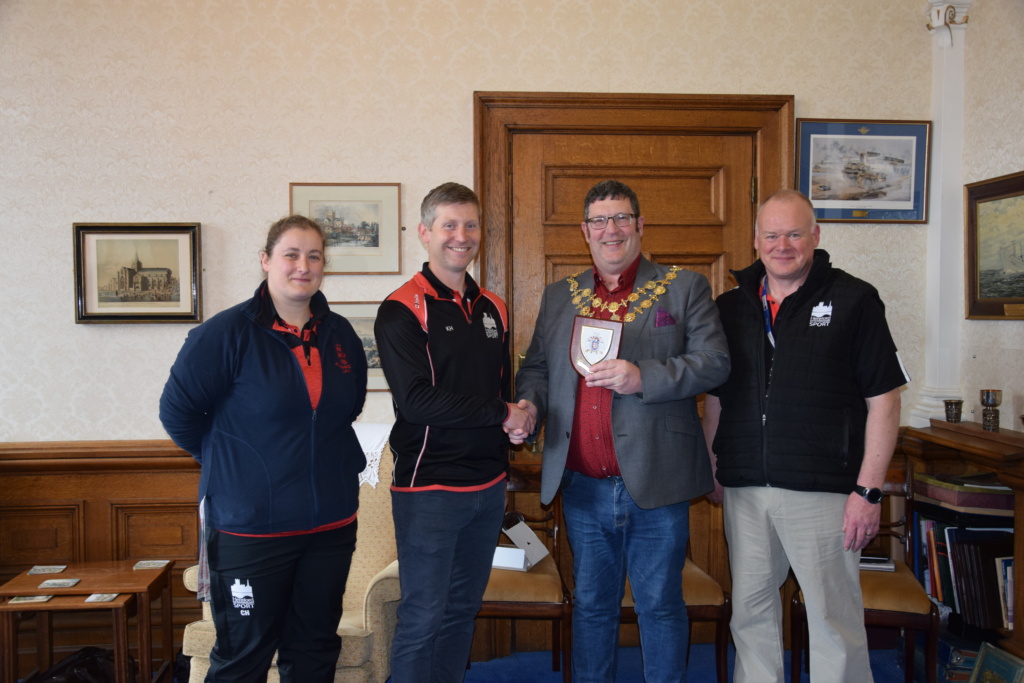