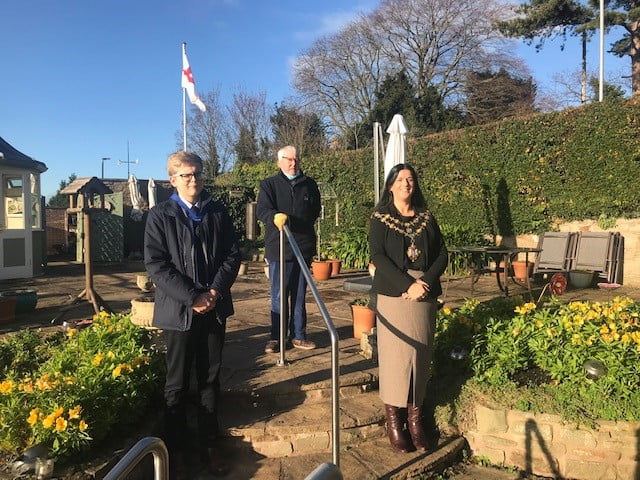 VETERAN fundraiser Alan Blake has been given some civic support in his marathon project to raise £100,000 for local charities. 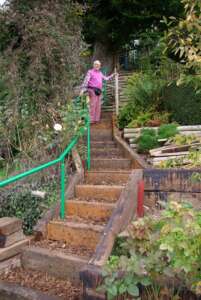 Alan, who is 89, is aiming to complete a 15-mile challenge to raise funds for the parish church of Burghill, Rotary and Parkinson’s – but all without leaving his garden.

He will navigate a circular walk around his steep garden steps 458 times, which will be the equivalent of walking from Hereford to Lyde then Moreton on Lugg, Burghill, Tillington, Stretton Sugwas and back to his family home in Hampton Park.

Alan began his challenge on October 1 and, on Saturday, he gained the backing of Hereford’s first citizen when the Mayor, Councillor Kath Hey, along with Junior Mayor, Theo Ashton joined him on a circuit. Mayor Kath Hey commented that in representing Hereford City Council, we take pride in our work with our communities and local people.  She expressed how delighted both she and the Junior Mayor were to accompany Alan on one of his garden circuit walks in support of his fundraising endeavours and that Alan’s determination and efforts were truly impressive and inspirational. 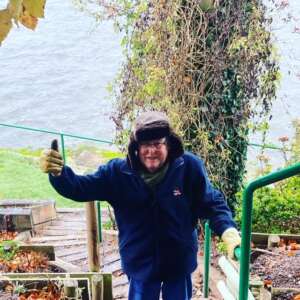 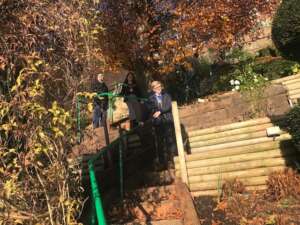