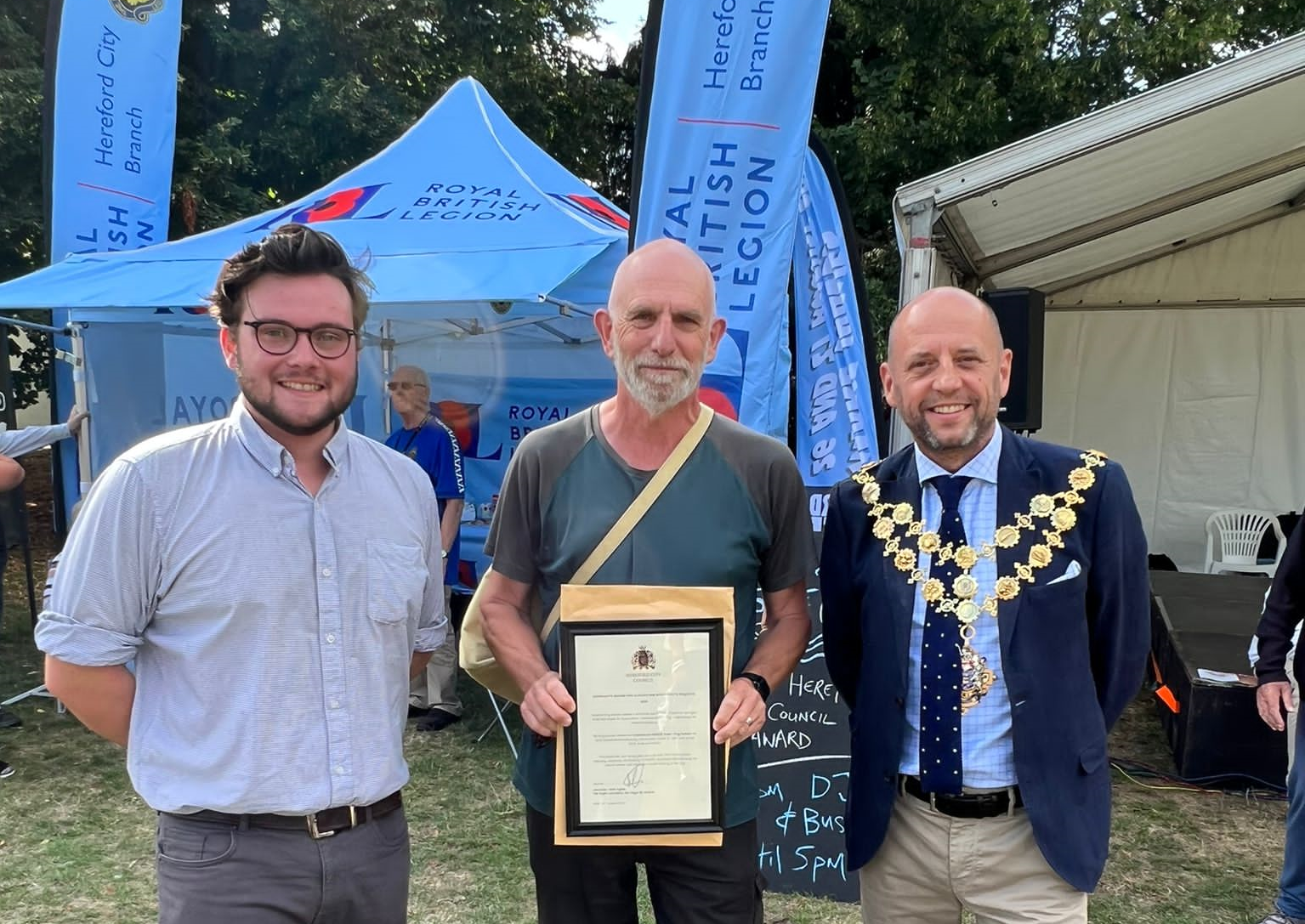 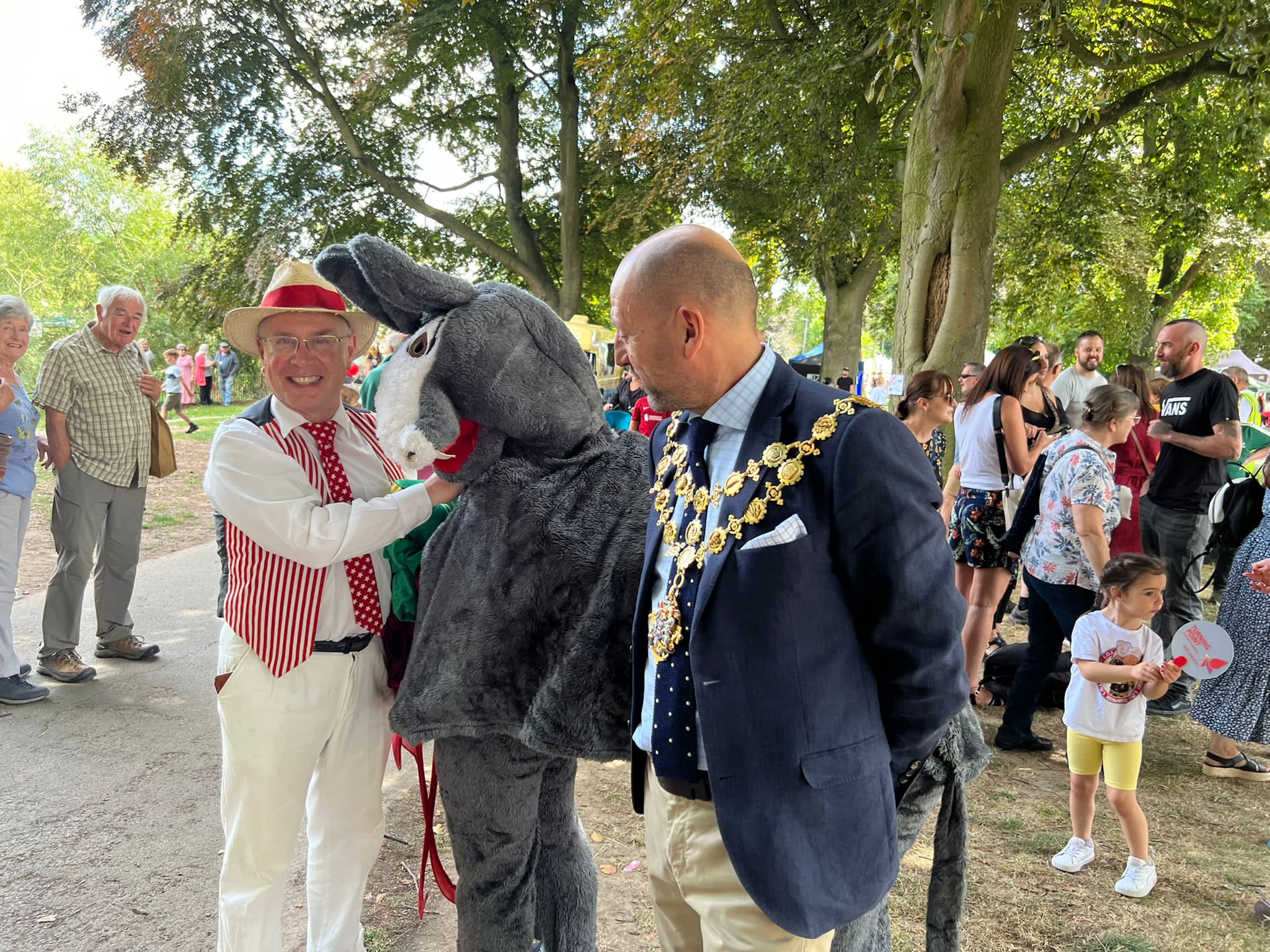 The River Carnival 2022 has come to a close, and we can only take our hats off at the spectacular success it has been. After a 2 year absence, it was fantastic to see so many came together on the river to celebrate and enjoy the sunshine along our historic river and castle green.

Mayor of Hereford Mark Dykes, as well as other City Councillors, were in attendance on the weekend, taking part in the numerous festivities. It was also the perfect opportunity to recognise some of the incredible work that community groups do in our City.

Hereford City Council were therefore delighted to present the Community Award for Climate and Biodiversity projects to the Herefordshire Wildlife Trust – City Branch in recognition of their outstanding volunteer work on the Yazor Brook restoration, as well as a sum of £500. The Mayor of Hereford Mark Dykes awarded the certificate at the Making Waves stage to Nic Howes, representing the Wildlife Trust. 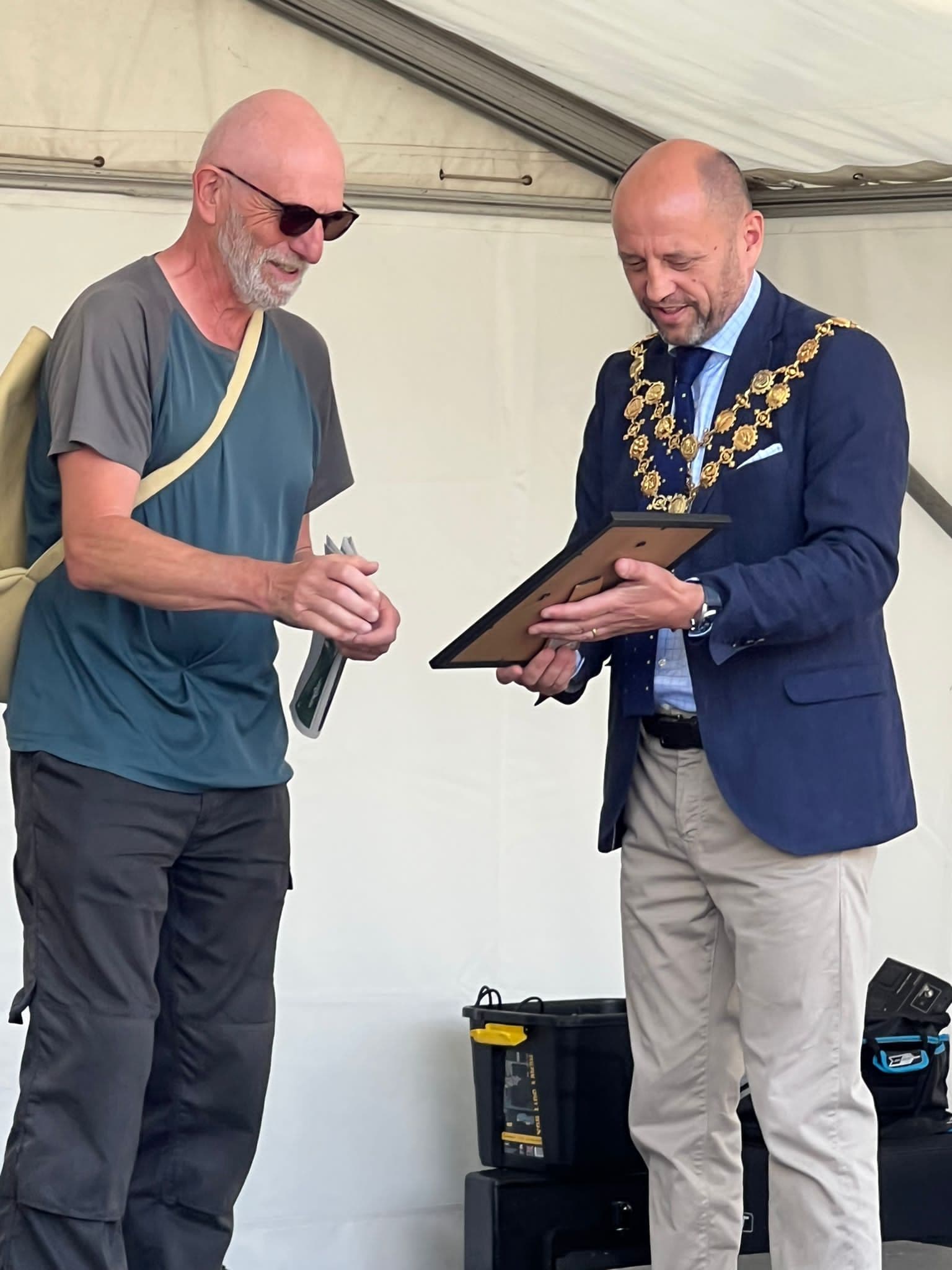 Regarding the award, Cllr Dykes said; “This project has over many years brought new life to a once derelict waterway, improving the diversity of wildlife, protecting and enhancing the natural habitat, and restoring a valued amenity to this City.”

The Yazor Brook runs from a rural catchment into the city of Hereford. As it winds its way through the city the same brook becomes the Widemarsh brook just above Plough Lane and the Eign Brook just below Commercial Road. This pretty stream provides an important refuge for wildlife in the heart of the City and creates valuable natural spaces for us all to enjoy.

Receiving the award, Nic Howes said; “This project has been going for around five years now. The most recent thing we’ve been doing is a fish rescue, which you can read all about in the most recent One Planet supplement in the Hereford Times. But the fish recue is just one of many projects we’re doing. The funding from the City Council paid for brushcutters which we’ve used to cut back vegetation alongside the brook to allow more light in, and to therefore allow more invertebrates and other species to inhabit the river.”