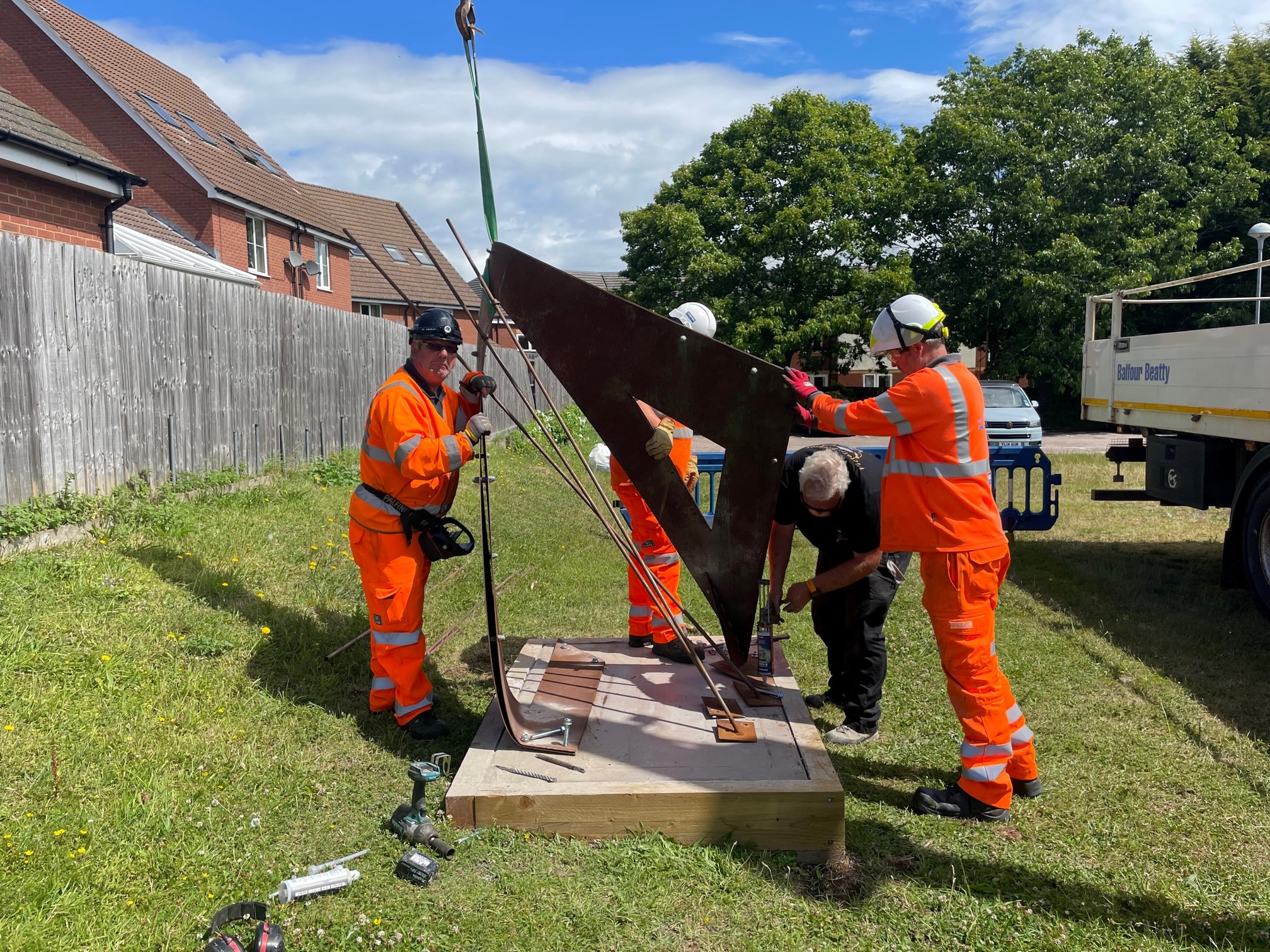 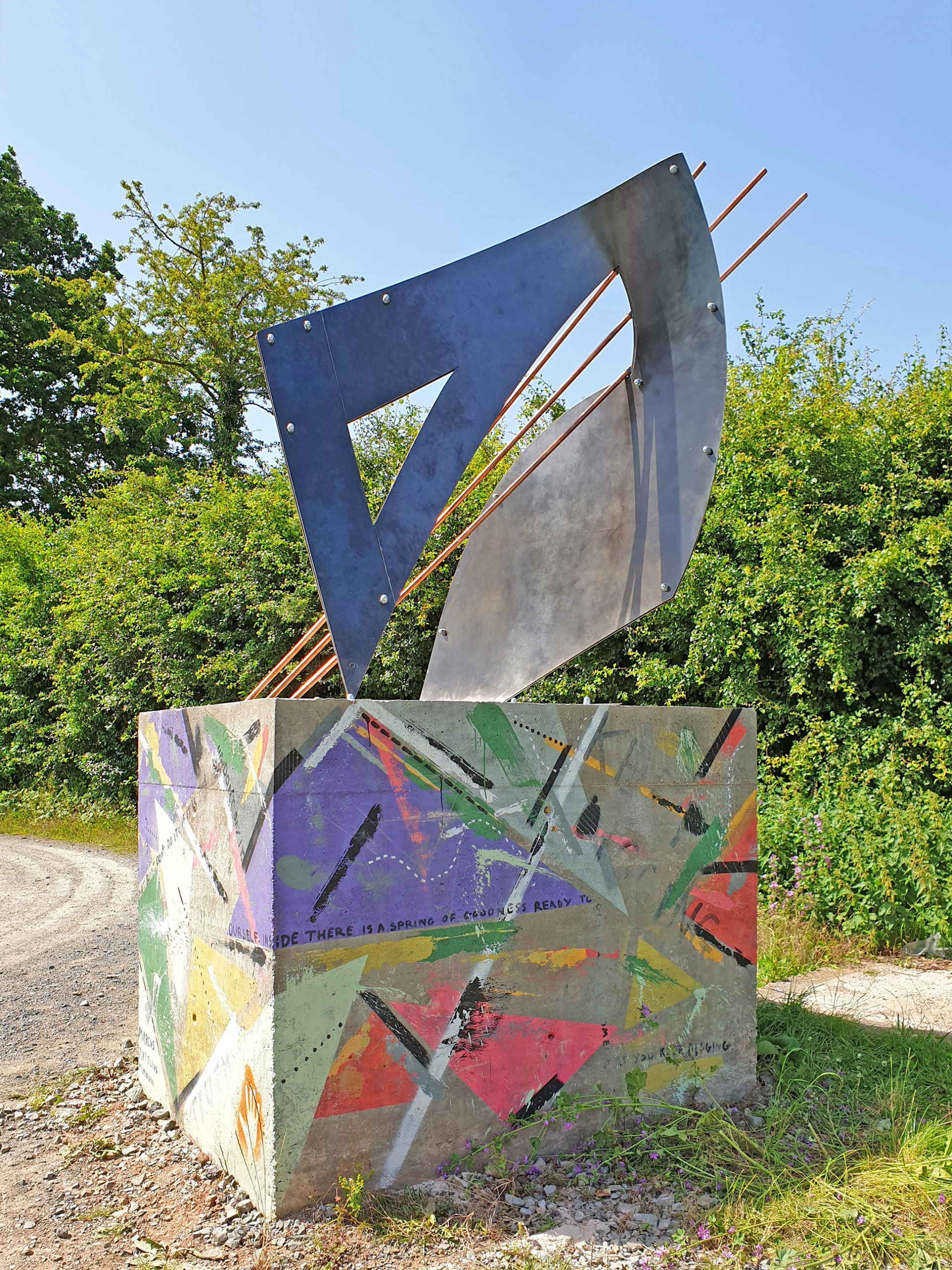 Reflecting the idea of “the fourth plinth” in Trafalgar Square, the sculpture project on the plinths at Hereford Skate Park was created to showcase a new sculpture annually. However, the Covid-19 Pandemic made it impossible to change sculptures during 2020 and 2021, and Annie Higgins’s sculpture ‘Movement’ has remained at the Skate Park for 3 years – until now.

Launched in 2019, the project would see the sculptures at the Skate Park change annually – one plinth displays work of local artists and the other, funded by Hereford City Council, displays work from students of the Hereford College of Arts. 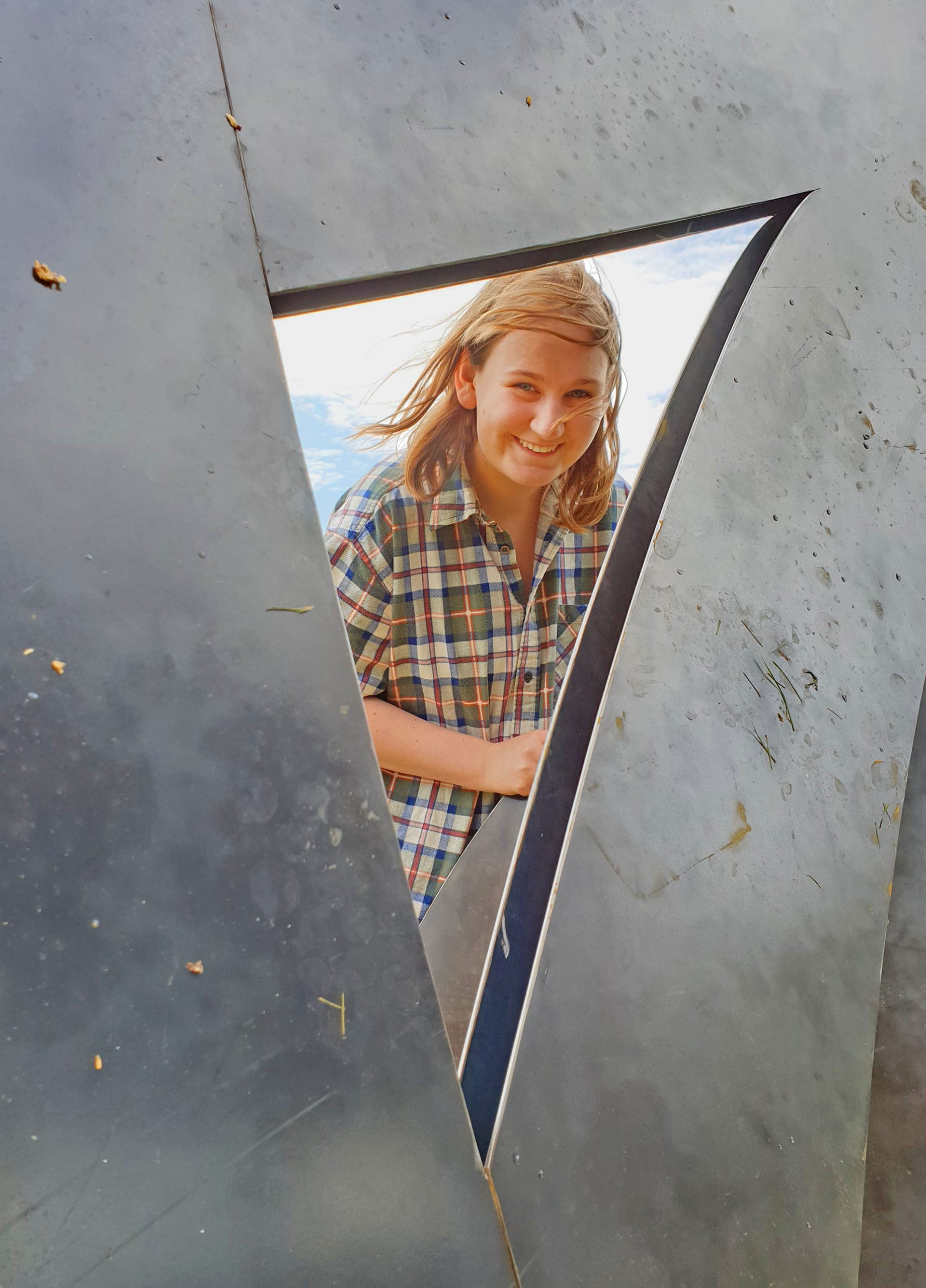 The last installed sculpture, ‘Movement’ by Annie Higgins, has finally found a new home at Saxon Hall after a longer stay at Hereford Skate Park than initially intended.

‘Movement’ is based on Annie’s studies of the human figure, and is an exploration of how space and movement can be expressed through composition.  The use of negative space is at the core of the design, and the sculpture sees the components of the piece as tools that are used to shape this internal space.

‘Movement’ has been moved to Saxon Hall (Putson Community Centre) in Hereford, where it will continue to provoke thought and discussion for visitors to the centre. A new sculpture is planned to be revealed at Hereford Skate Park in the coming weeks, resuming the rotation of sculptures showcased on the art plinths. We look forward to seeing the reveal of the new sculpture, and also extend our thanks and congratulations to Annie for her incredible work!

Annie Higgins is from Penarth in Wales and came to study her Foundation Diploma in Hereford to make work in a different landscape to the coastal area where she grew up and to access the workshops available at the college.  She wanted to experiment with working in 3-Dimensional mediums as her previous work has been almost entirely paint and illustration based. 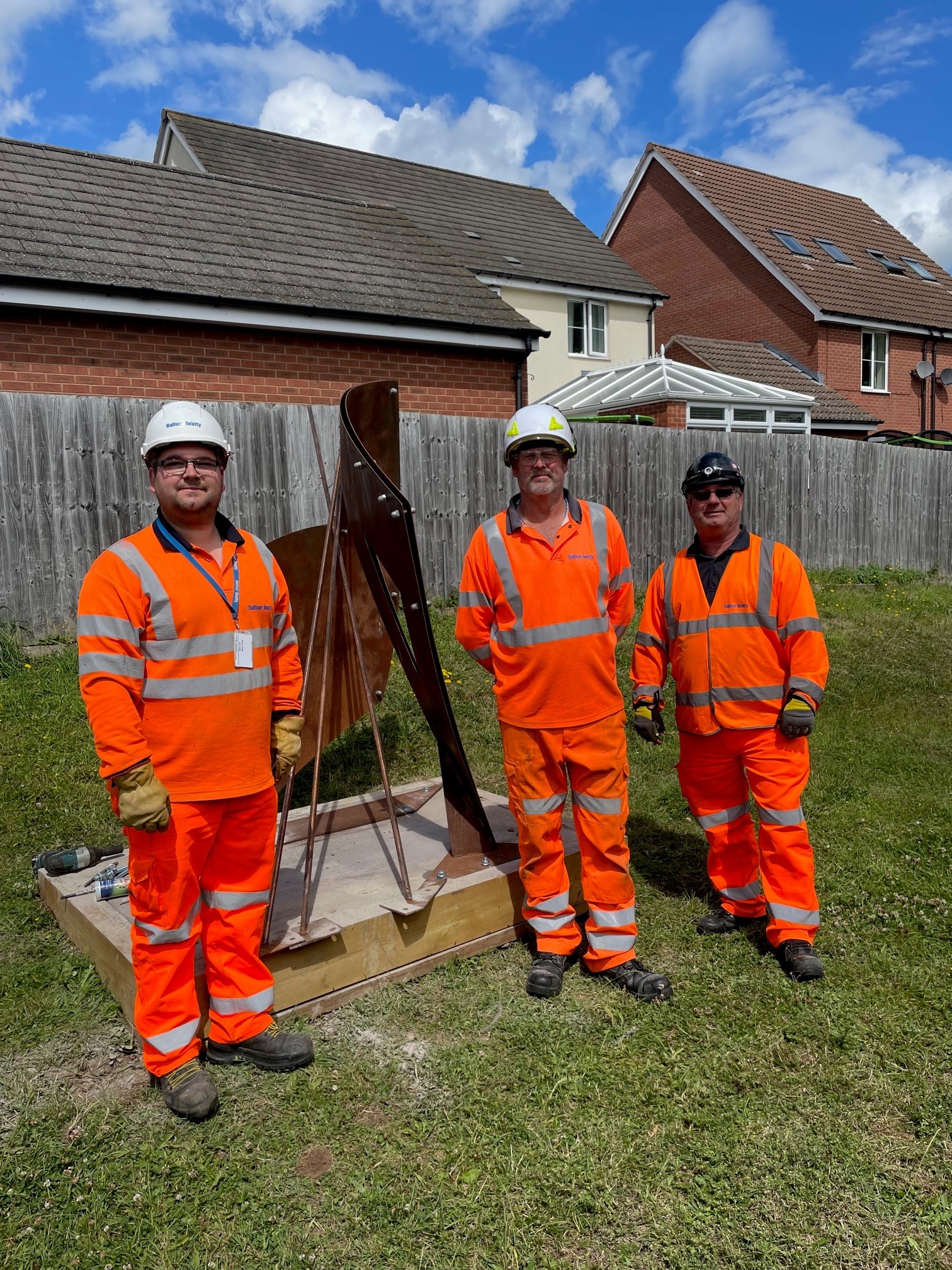