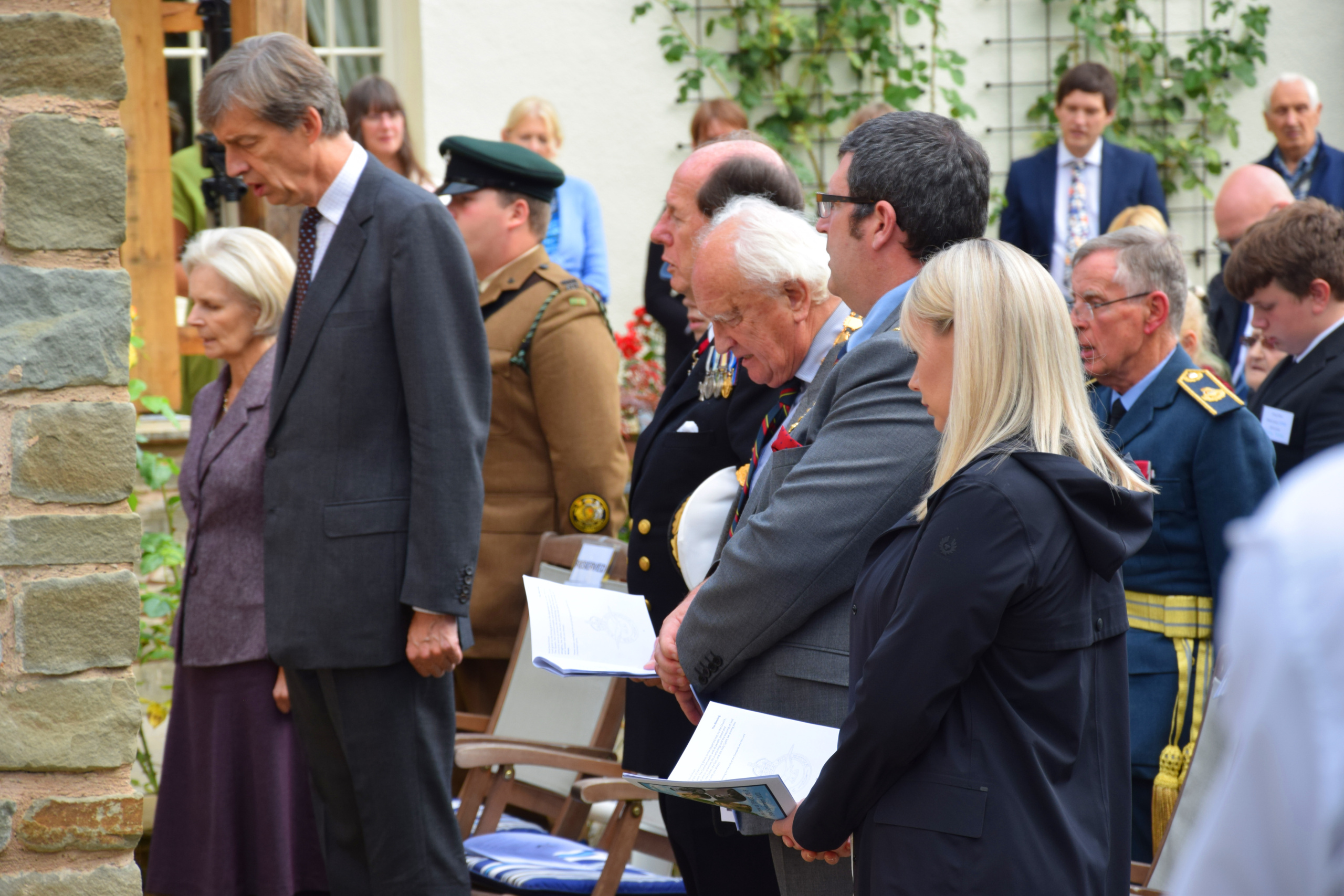 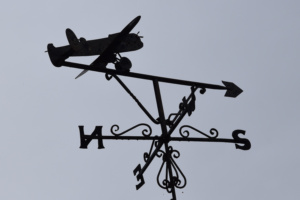 On 19th September, Mayor of Hereford Paul Stevens attended the War Memorial Dedication Service for the crew of JB453 OL-F, an aircraft which tragically crashed at Blankenburg, Germany on 2nd January 1944.

Here’s the story from Helen and John Theron;

“Some years ago my mother gave us a small amount of money to buy ourselves a ‘new home gift’ of our own choice. A short while after, we spied a weathervane in a salvage yard area of a local garden centre. We’d wanted one for many years but hadn’t seen on that inspired us. This find bore a Lancaster Bomber and was said to have originated from a farm near Norfolk. 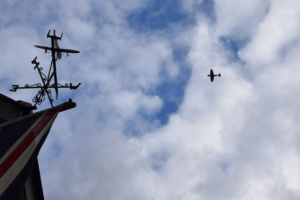 We were thrilled as it complimented John’s love for aviation and his ambition to build his own light aircraft. My mother was also chuffed with our purchase as it transpired that whilst she was in the strategic defence flying station in Cornwall during WW2, the Lancaster being her favourite plane.

A few years on and here we are, living in Westhope, North Herefordshire. Whilst the weathervane waited to be raised up into it’s new position, we noticed engraved on one side the inscription ‘JB453 OL-F. We entered this onto Google and was amazed to discover the following. 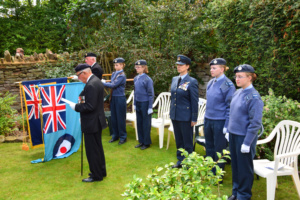 “On Sunday, January 02, 1944, an Avro Lancaster III JB453 OL-F, from 83 Squadron, took off from airfield RAF Wyton at 00.05, for a mission to Berlin in Germany. Under Bomber Command, the crew’s mission was planned for Sunday, 02 January 1944. Tragically, the plane crashed at Blankenburg, Germany. All 7 crew reported dead on 03 January. Average age of 22 years. They were victim of a night fighter over the Harz Mountains.”

This was the beginning of our fervent and successful search to find the descendants of the crew, which we couldn’t have done alone. We are extremely proud to have this pre-eminent bomber of the Second World War flying above our home with the War Memorial plaque that commemorates the 7 gallant crew that lost their lives so that we may have ours. May they all rest in peace. ‘Brave Warriors of the Skies’.

The Memorial plaque now resides at Holly Lodge, Westhope, in commemoration of the fallen. Mayor of Hereford Paul Stevens was honoured to be invited to the service. 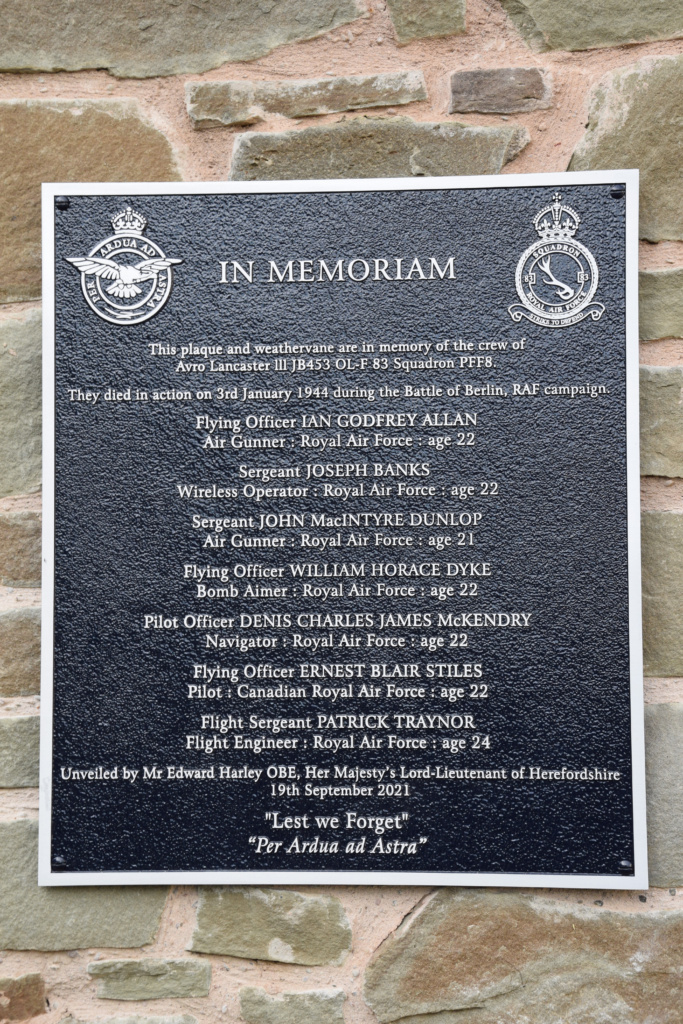