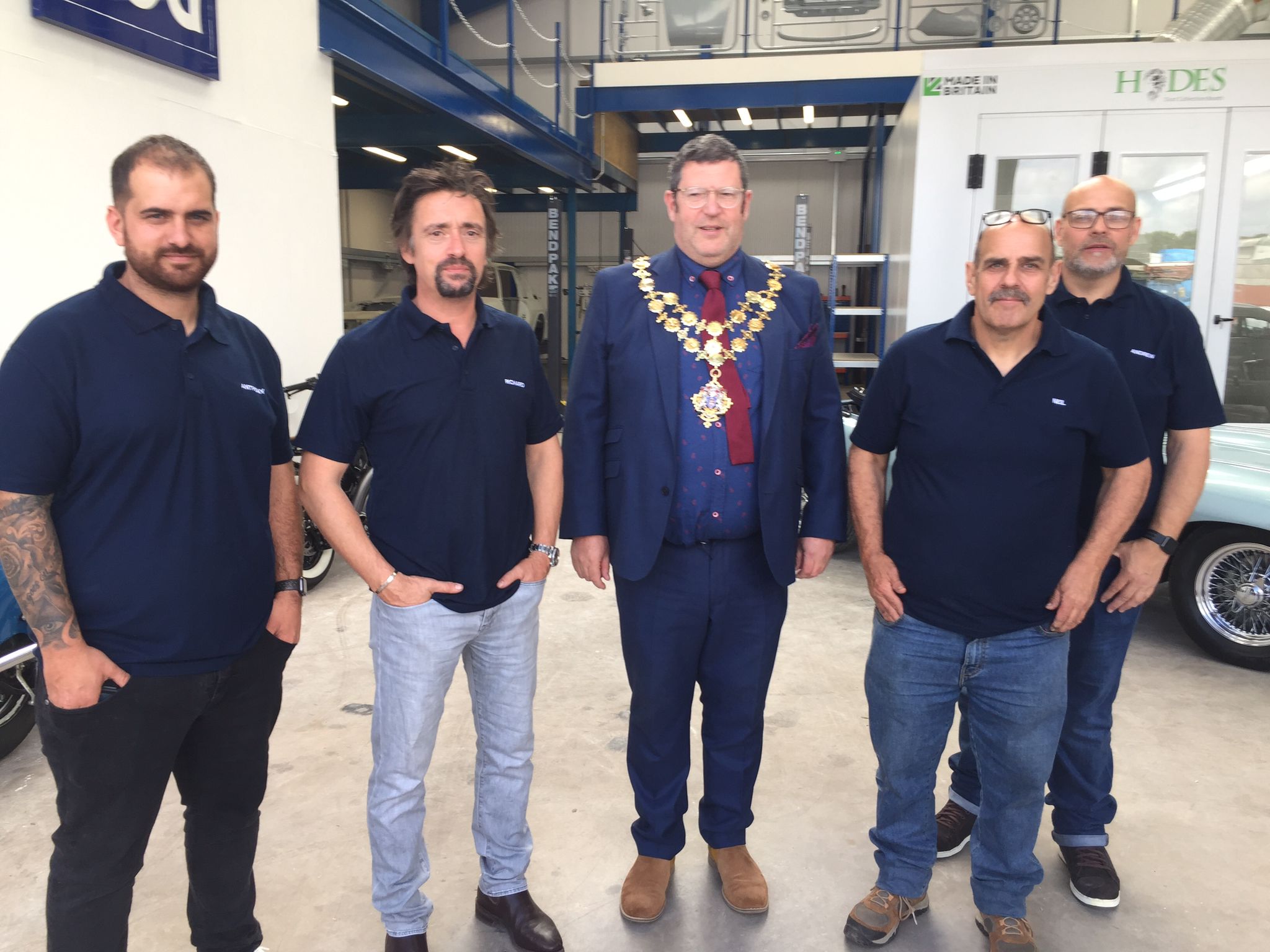 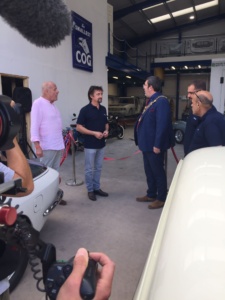 Now a presenter of Amazon Prime’s The Grand Tour, Hammond opened his new business in Hereford as part of a new show. Hammond, who lives in Weston-under-Penyard near Ross-on-Wye has been working on Richard Hammond’s Workshop, a new show for Discovery+ UK where he’ll open his own car restoration and repair business in Hereford.

Chimp Productions said: “The business will focus on rare and collectible bikes and cars, from vintage classics to modern hyper-cars. Across the series Richard will be front and centre. He’ll be drumming up trade from his extensive motoring connections, showcasing his team’s work at car shows and rolling up his sleeves to lend a hand at the sharp end.”

Hammond was in Rotherwas as TV crews filmed him opening the new business, called The Smallest Cog, in Rotherwas with local mechanics.

When discussing the reason behind him starting his new business, Hammond told DriveTribe: ”It’s in my bones. My grandfather was a coachbuilder; he worked at Mulliners in Birmingham and thereafter at Jensen in West Bromwich. It’s also about a passion of mine to preserve crafts – my grandfather could work with wood, metal and just about anything. I wanted to do something real in the car industry rather than just being a commentator on the outside of it. This business is the perfect opportunity for me to do that.” 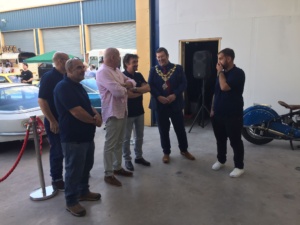 Mayor of Hereford Paul Stevens said; “It was a real pleasure to be invited to this exciting opening. Hereford has a long history in engineering, and it’s important that the skills and knowledge in this area are preserved and encouraged. This is particularly relevant with the opening of NMITE, the New Model Institute for Technology and Engineering in Hereford. As a resident of the County, it’s fantastic to see Richard Hammond investing in our locality, and we can’t wait to see the business flourish.”