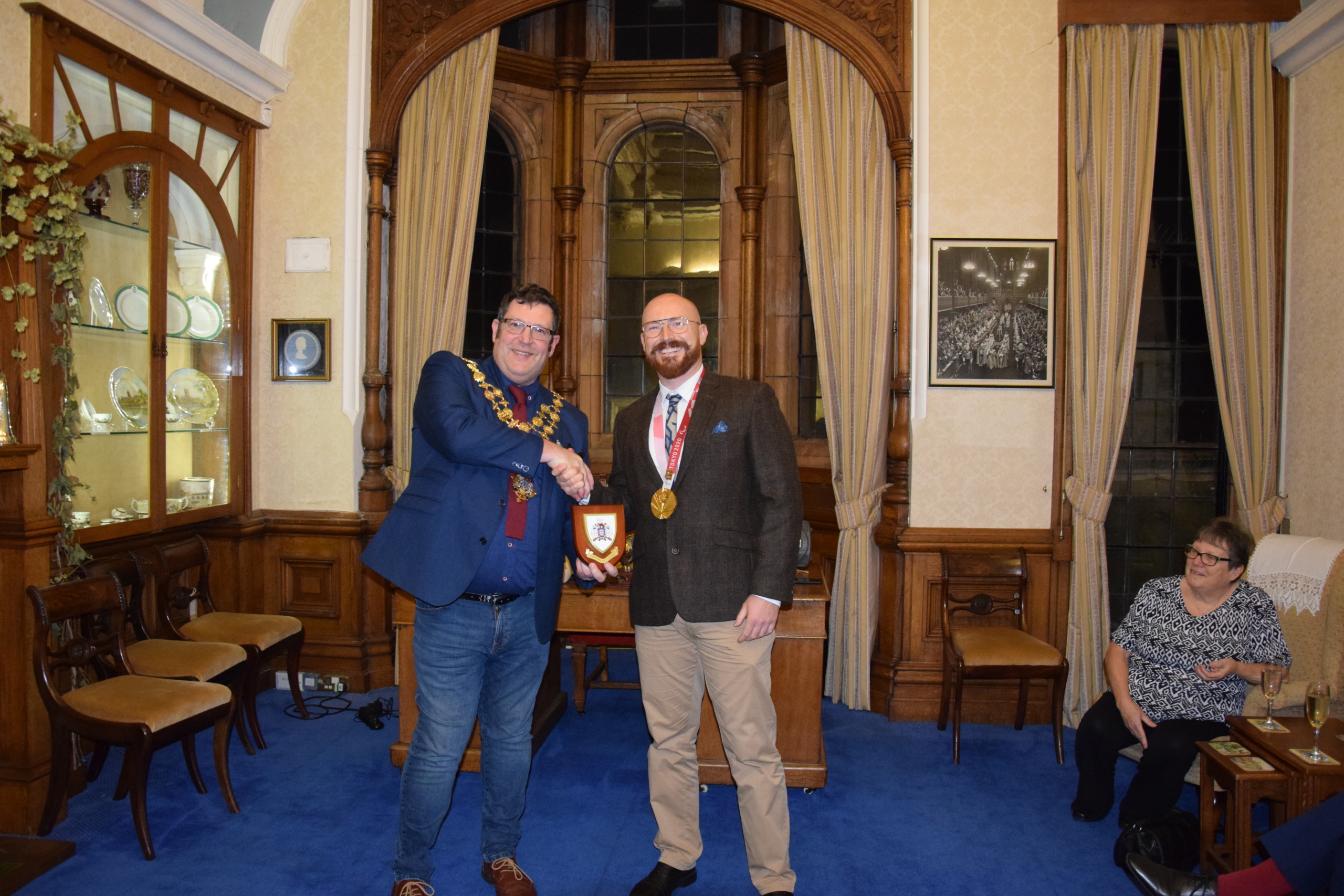 The Mayor of Hereford Paul Stevens welcomed Dan Pembroke to Hereford Town Hall and presented the athlete with an award in recognition for winning a gold medal in the javelin throw at the 2020 Tokyo Paralympics (held in 2021). 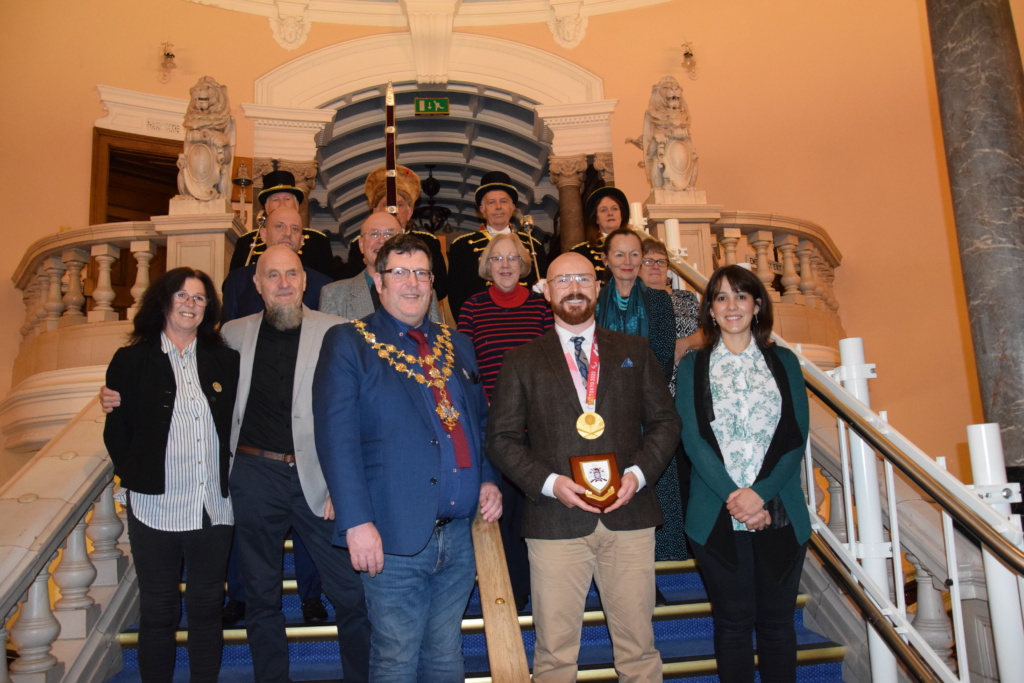 Dan, who was diagnosed with Retinitis Pigmentosa at the age of six, had previously performed as a junior athlete for Great Britain and Northern Ireland. After an elbow injury prevented him from performing at the 2012 Olympics, he took a break from the sport until 2019. In 2021 he accepted a place at the Tokyo Paralympics.

Not only did Dan go on to win gold at the T11 javelin throw; he also set a new Paralympic world record, with his throw achieving a distance of 69.5 meters! 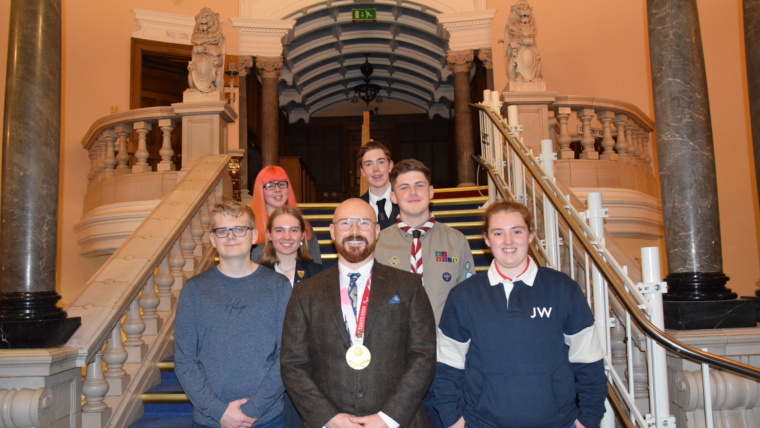 “Moving back to Hereford was the best decision of my life.” Dan commented, “I fell in love with it as soon I lived here again. I utilised the local track and facilities to fulfil my training, and I would never have been able to get the gold otherwise. For me, it’s very much a Hereford medal.”

Dan also met the Hereford City Youth Council, talking to them at length about his eyesight condition, as well as his experiences travelling and what it was like to perform at the Paralympics. The Youth Council were particularly interested in talking about how public transport can be improved for the visually impaired.

It was inspiring for everyone present to hear of Dan’s incredible achievements, and we as a City congratulate him on his monumental success. We’re proud to count such a prominent athlete among our local community and hope this helps encourage others to reach for greatness! 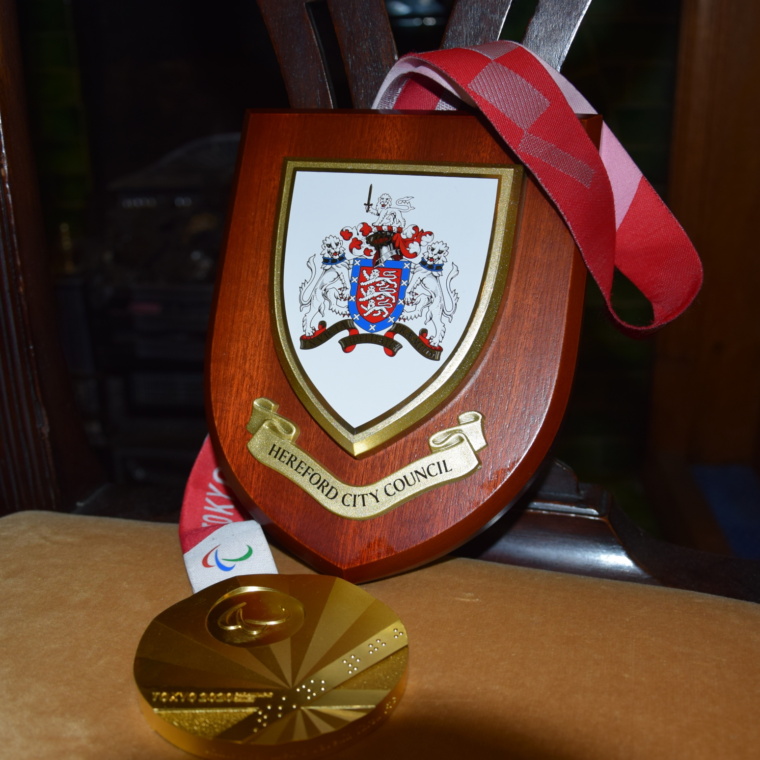