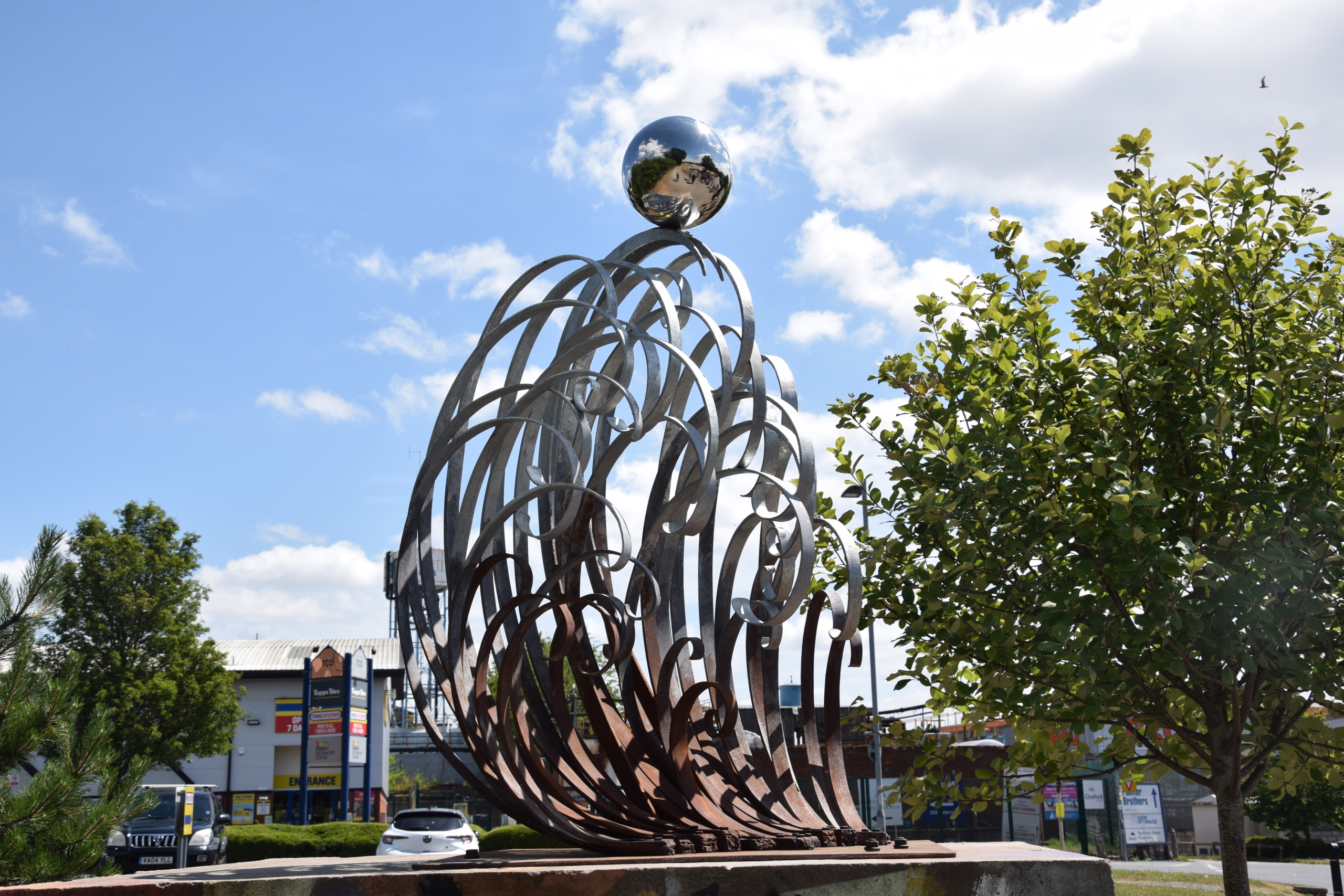 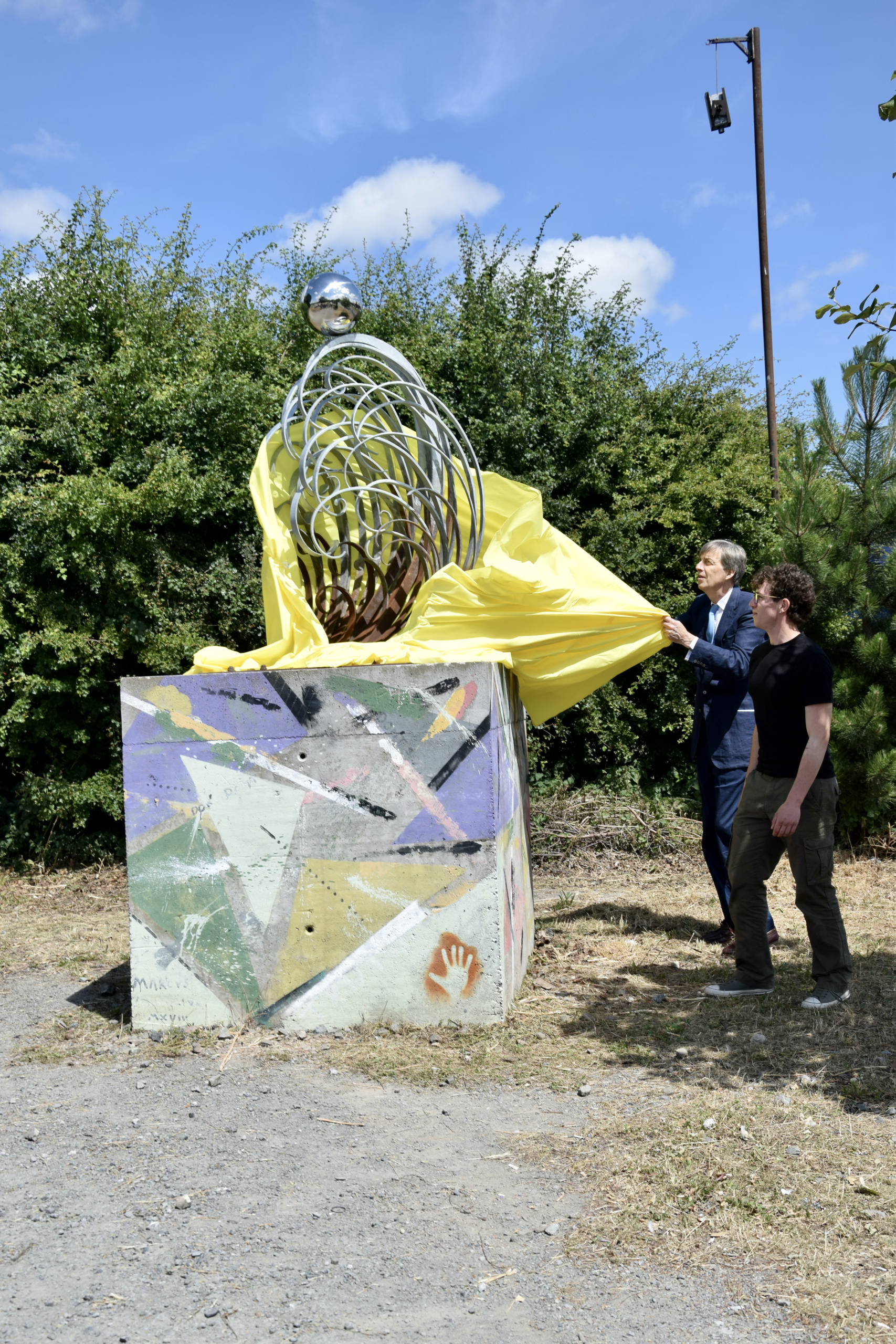 ‘Wave’ was designed to try and visually capture the constant rolling wave of life’s challenges that everyone has to do their best at riding and overcoming. 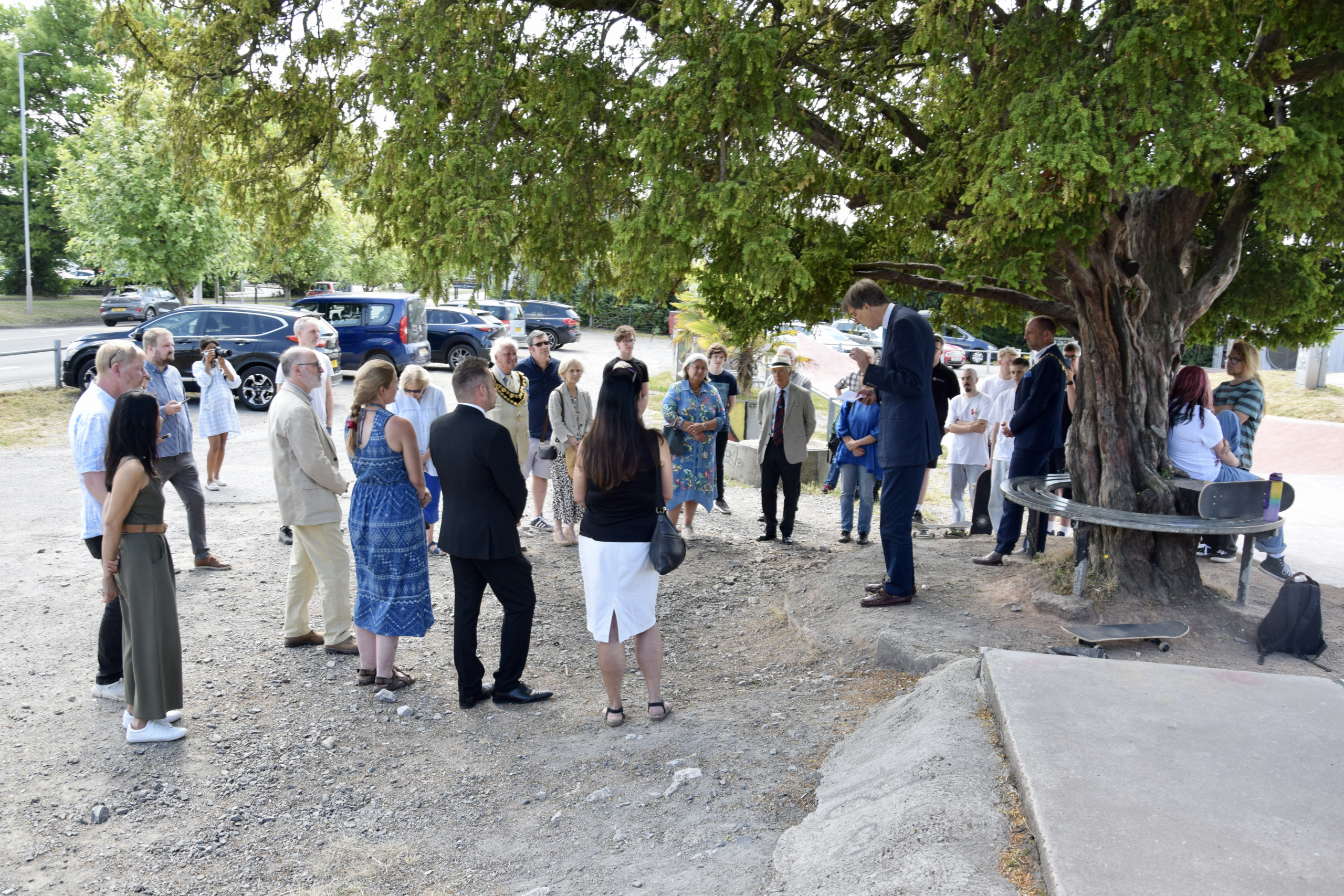 Whether this is an excess of happiness, sadness or anger, any emotion can become overwhelming and cause internal turmoil. The Wave is made up of the idea of these emotions. Each individual strand in the wave represents an emotional progression, from “darker” emotional challenges at the base, to “lighter” emotional states at the top. The polished, unstained ball perched on the crest of the wave represents one’s self in an emotionally neutral state, a pure, untouched being if you will.

As the wave rolls on, ever bringing new challenges and emotions, the being must do their best to keep their balance. The being is striving to not slip back into the dark trough behind, nor have an excess of good and fall over the edge to where it would be sucked under and engulfed by the wave again. 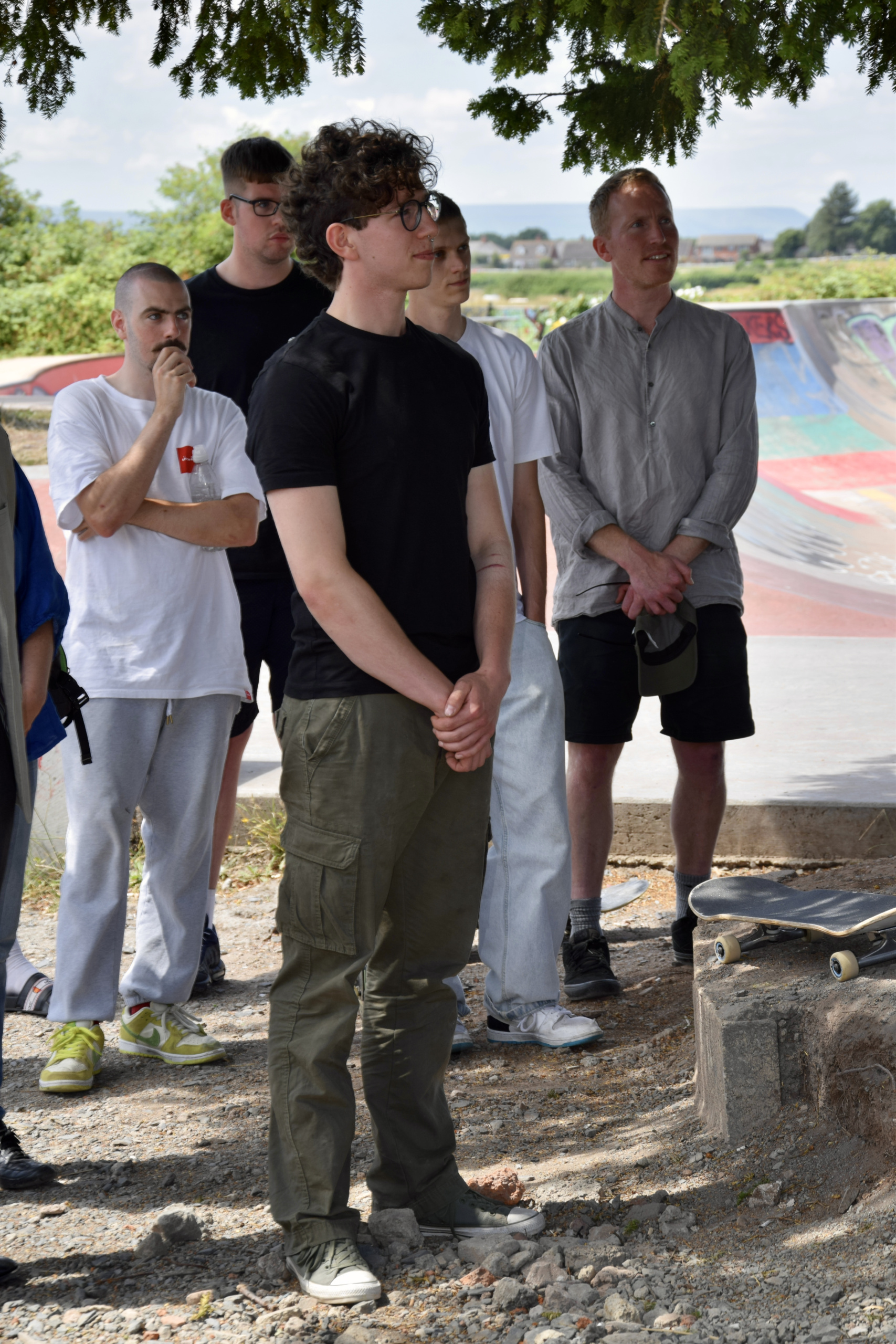 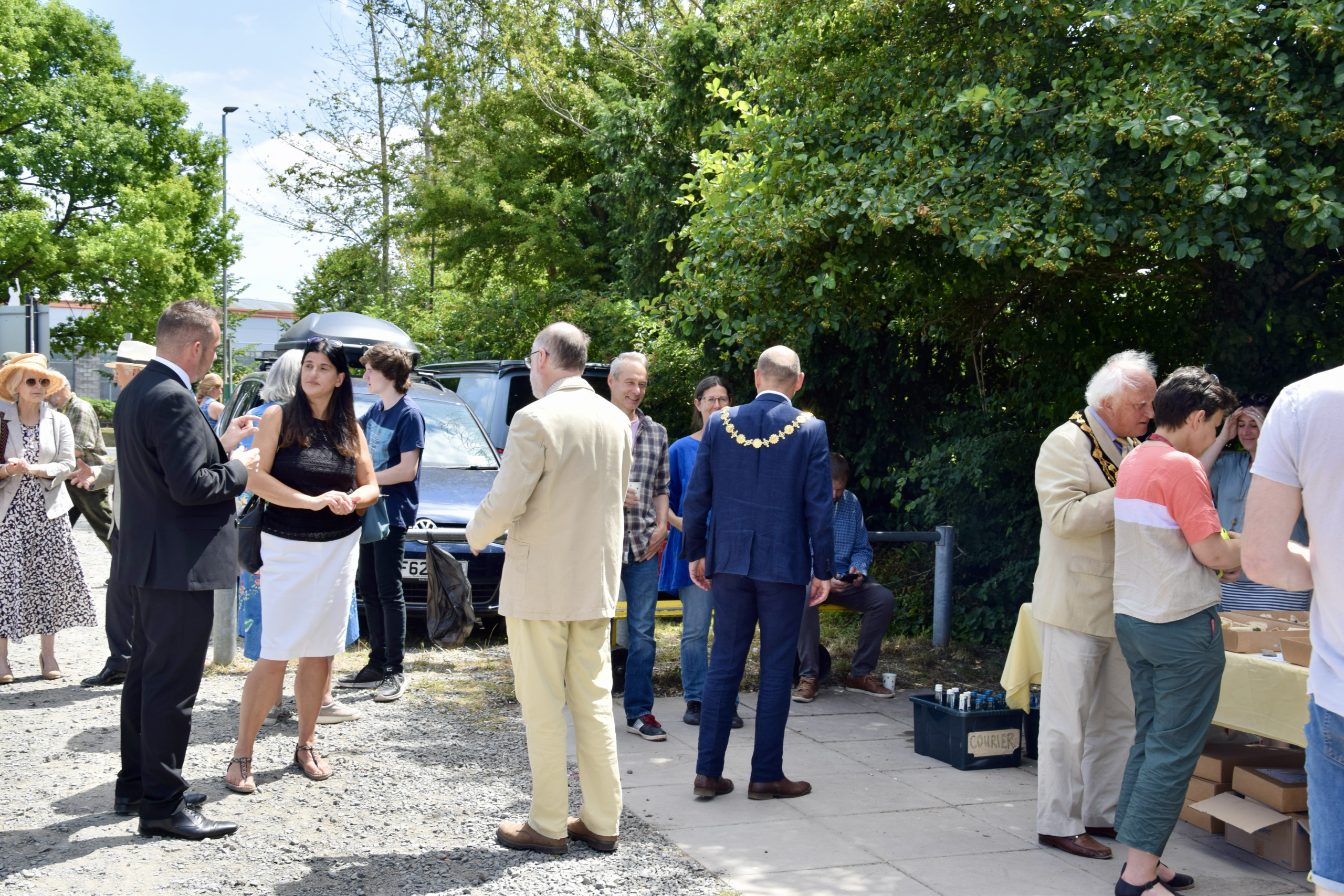 Taidhgh White, a student from the Hereford and Ludlow College, unveiled the sculpture. “It’s been quite a journey for me. It has been so inspiring to be recognised today by so many people here, and it’s really shown me what I can be capable of. It’s made me hungry to do more and continue my work. I’m immensely proud of myself and it means so much to see my piece on display.”

Reflecting the idea of “the fourth plinth” in Trafalgar Square, the sculptures on the plinths at Hereford Skatepark change annually – one plinth displays work of local artists and the other, funded by Hereford City Council, displays work from students of the Hereford College of Arts. This was postponed during 2020 and 2021 due to the Covid-19 Pandemic, but has now been resumed after the previous sculpture, ‘Movement’ by Annie Higgins, was moved earlier this month.

We congratulate Taidhgh on his amazing and inspiring work, and hope that it helps to incite discussion, thought and inspiration in others too. It’s wonderful to see such raw talent on display in our City, showcasing how much Hereford has to offer! 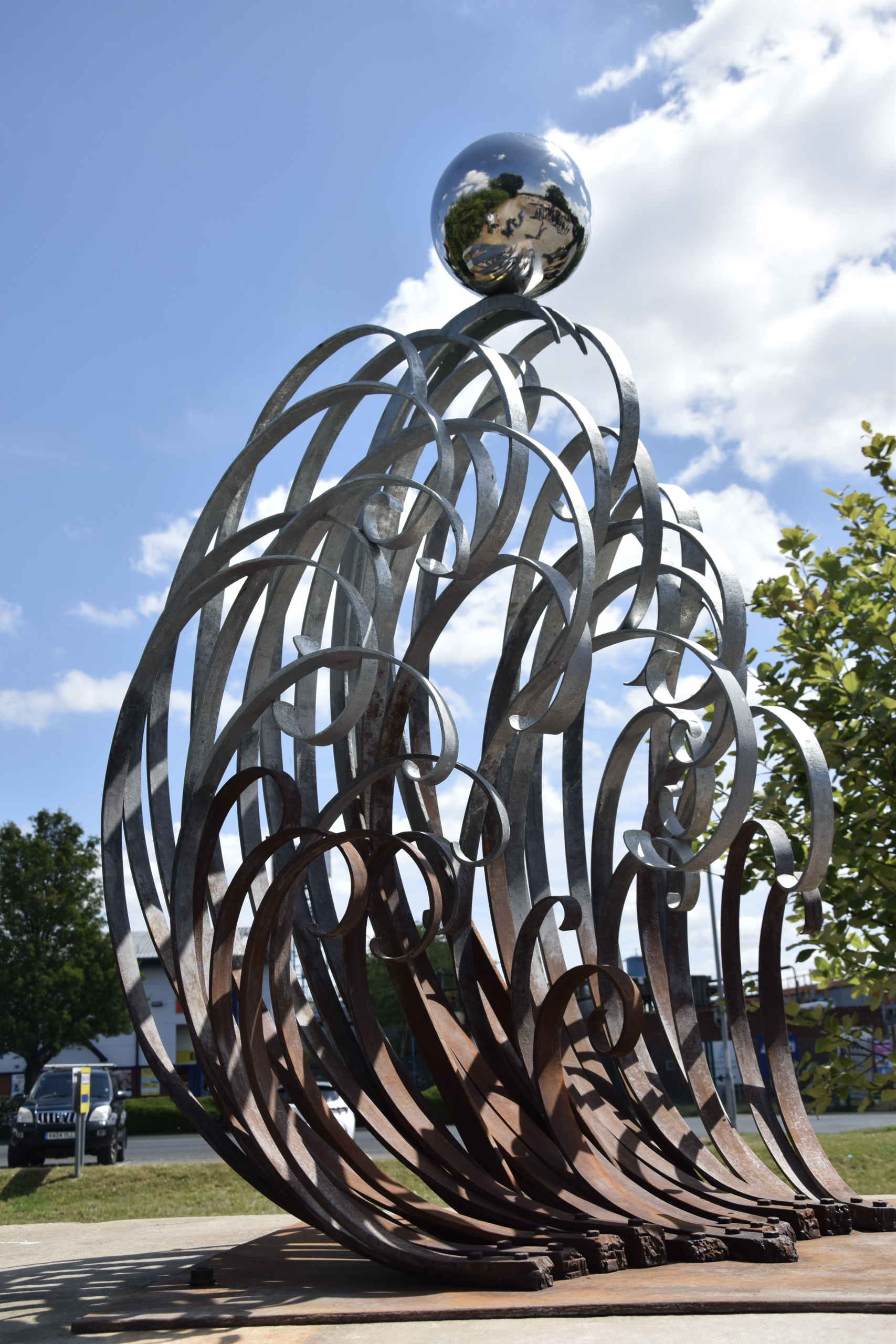