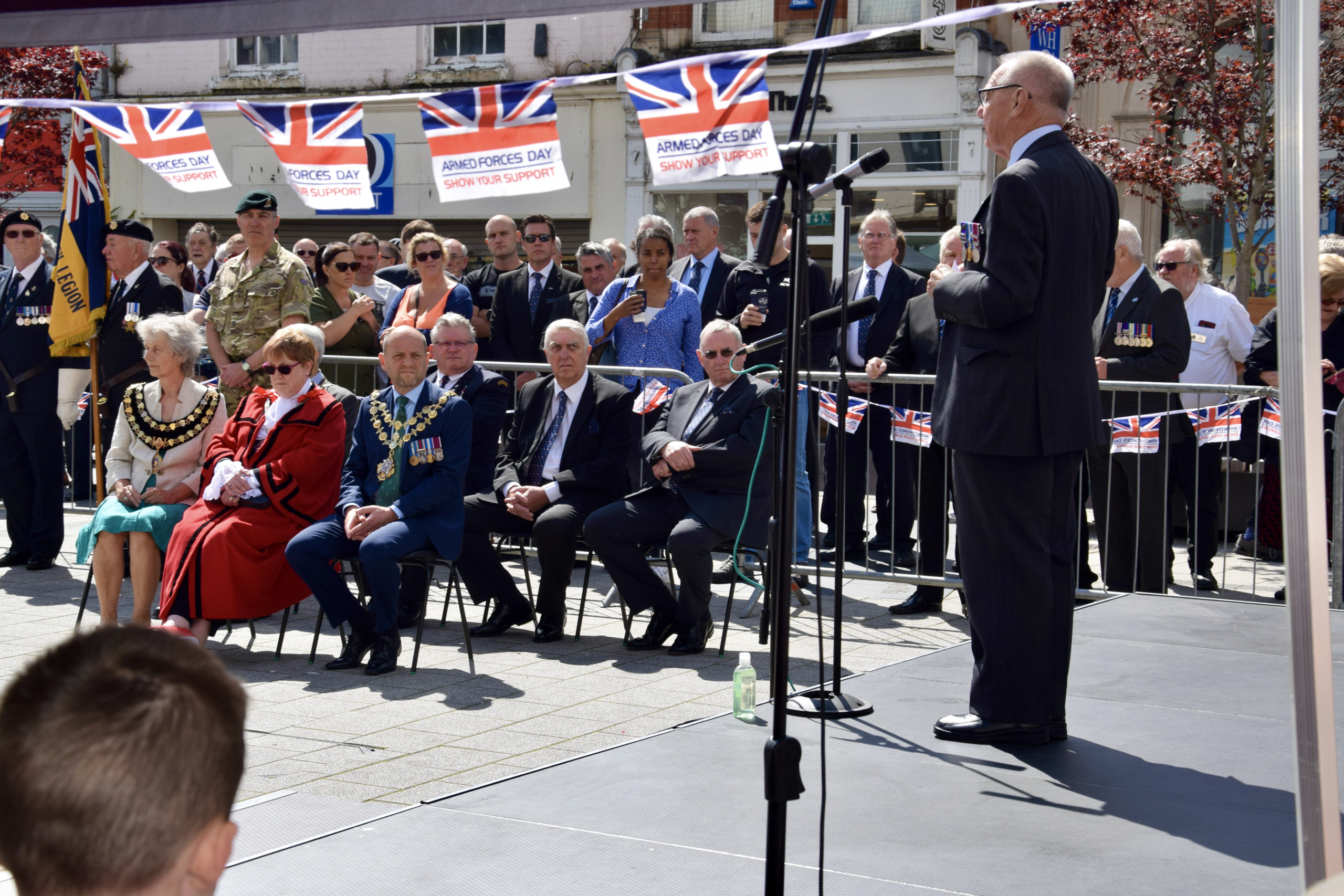 This Monday (20th June) Mayor of Hereford Cllr Mark Dykes attended the raising of the flag to mark the beginning of Armed Forces Week 2022 in Hereford Town Centre. 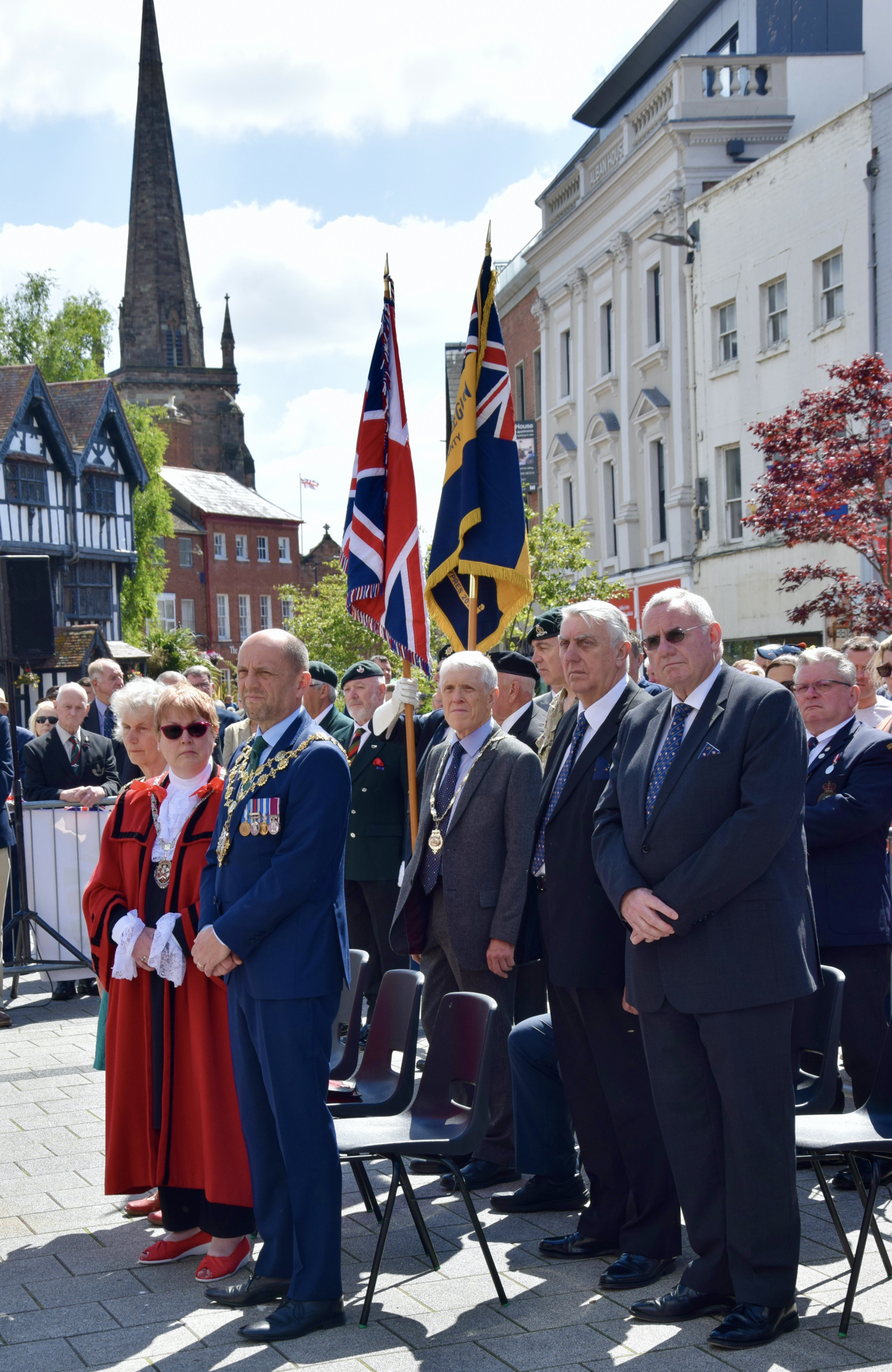 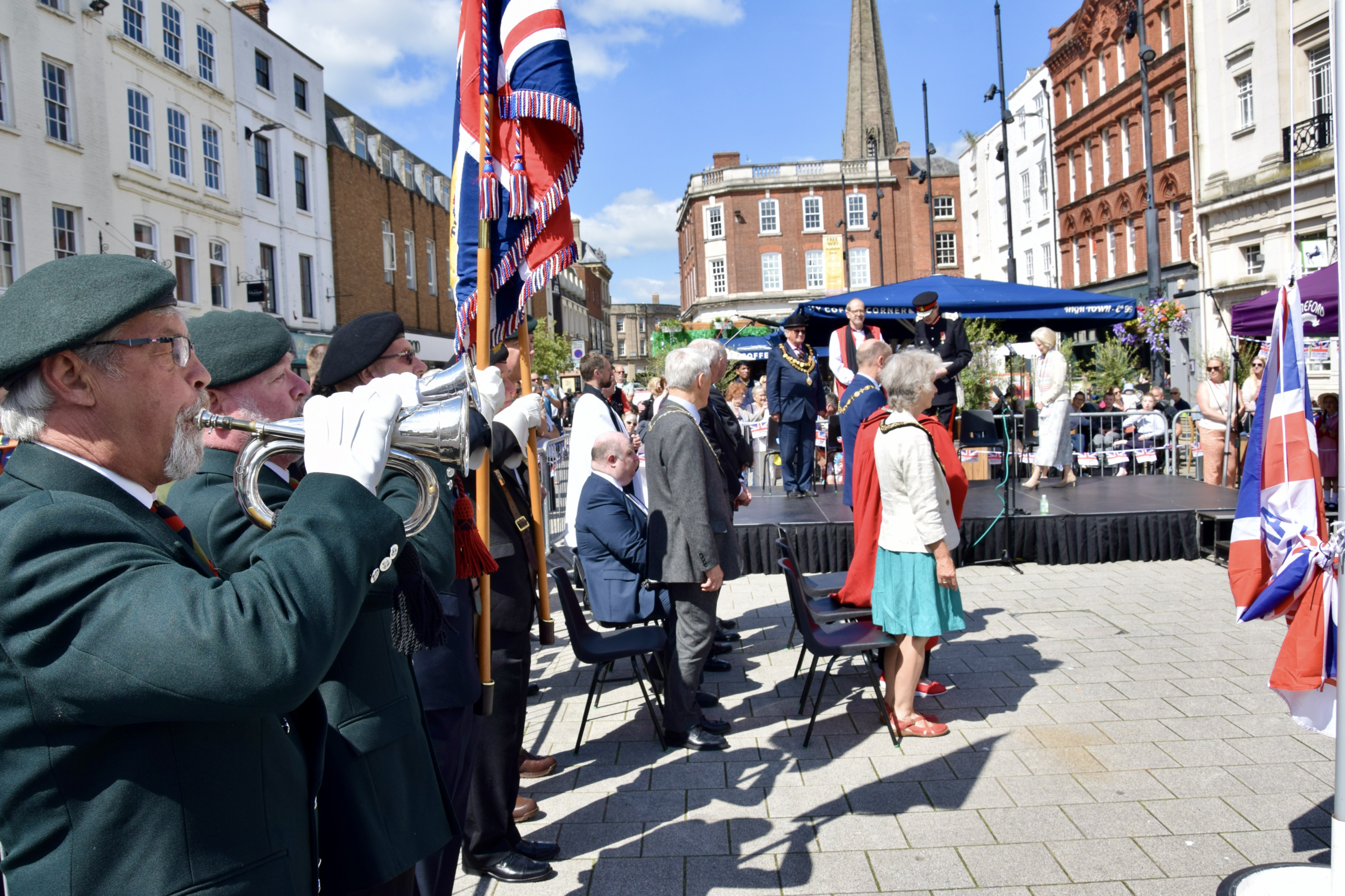 Her Majesty’s Lord-Lieutenant of Herefordshire Mr Edward Harley OBE, The Chair of Herefordshire Council, Councillor Sebastian Bowen, and senior figures from all three Armed Forces Services attended the event in High Town, Hereford, with invited guests representing military charities, the Armed Forces and the veteran community. Onlookers welcomed the return to a more public show of support, after two years of restricted access to the public, including special tributes by pupils from Riverside Primary School and Lord Scudamore Primary Academy.
–
Armed Forces Week (20-25 June) is a chance to give thanks to the men and women who make up the Armed Forces community, from currently serving troops to service families, veterans and cadets.
–
The Chair of Herefordshire Council Councillor Sebastian Bowen said: “This year is a very special anniversary for Armed Forces in Herefordshire. It is 40 years since the invasion of the Falkland Islands by the Argentine Military; prompting an amazingly well coordinated and efficient response from Britain, and Her Armed Forces, ably supported by tremendously willing and effective civilian support, including many ships crewed by the merchant navy.
–
“As so often, our Armed Forces often have to pay a heavy price for their gallantry, and sad to say, in this case, 28 military personnel with a strong connection to Herefordshire payed the ultimate price, including our special forces. I know that their example of steadfastness, enterprise and courage will resonate down the years and continue to inspire us all.”
– 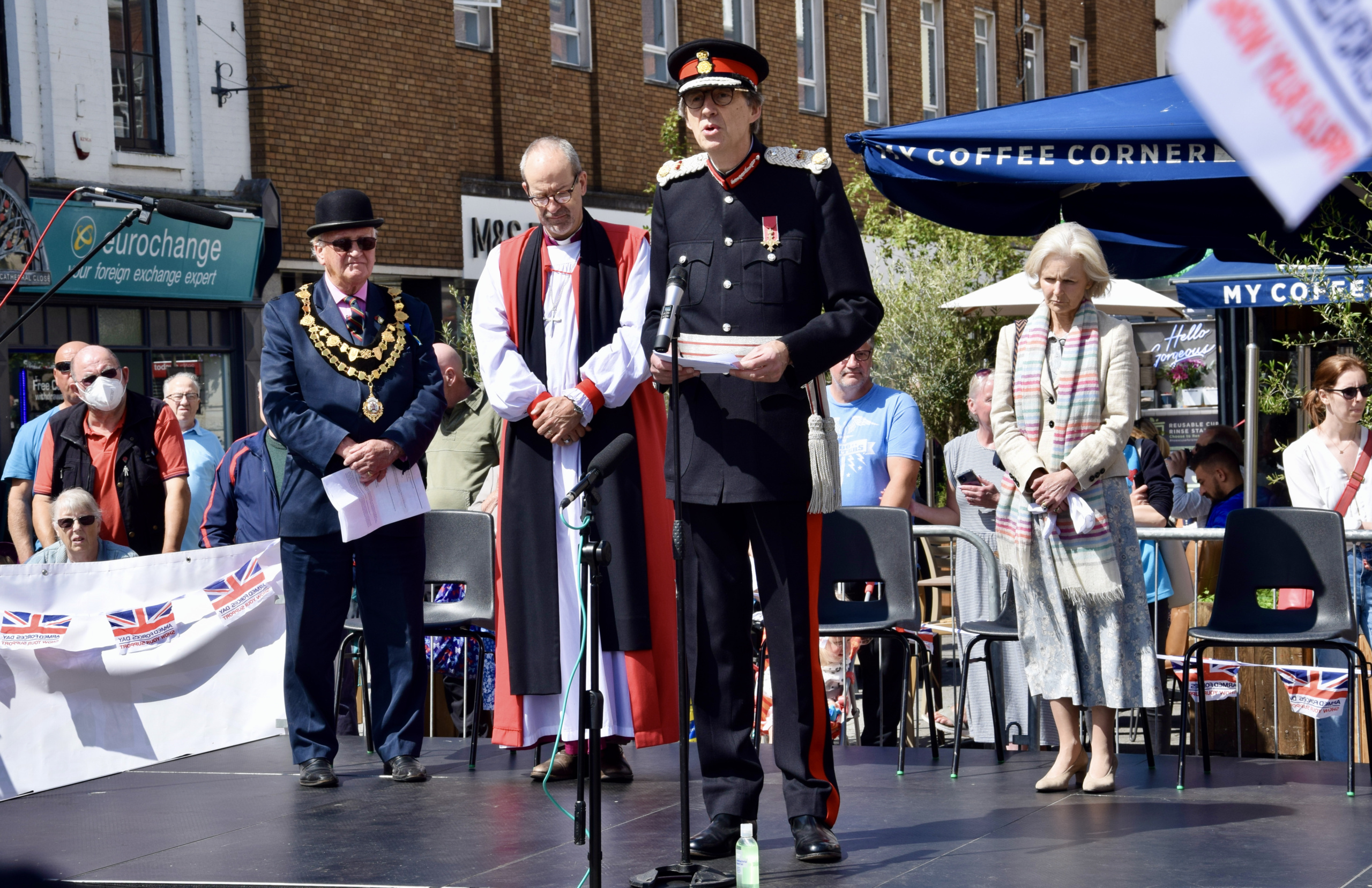 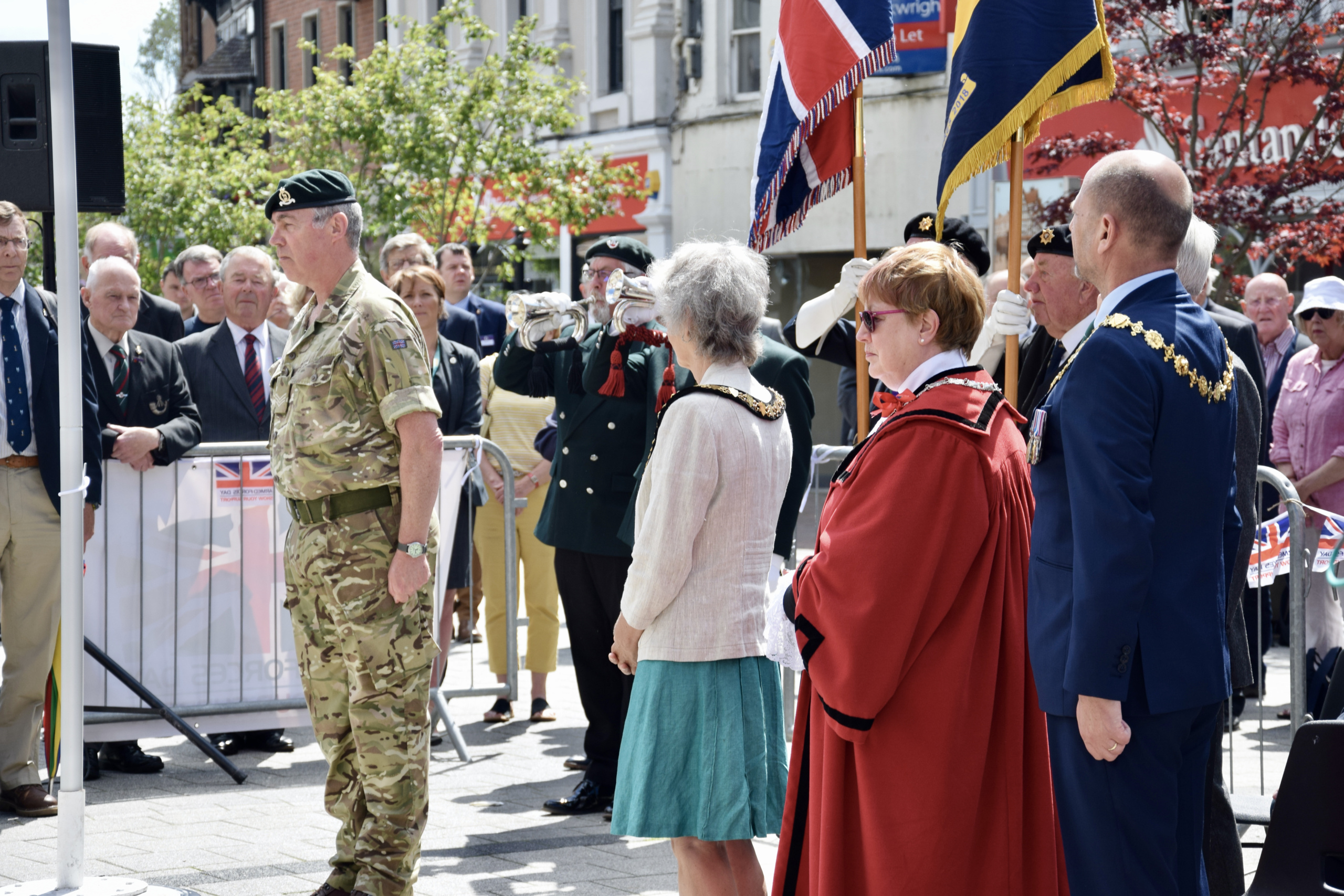