Rare Pear gets the rescue treatment from Mayor of Hereford 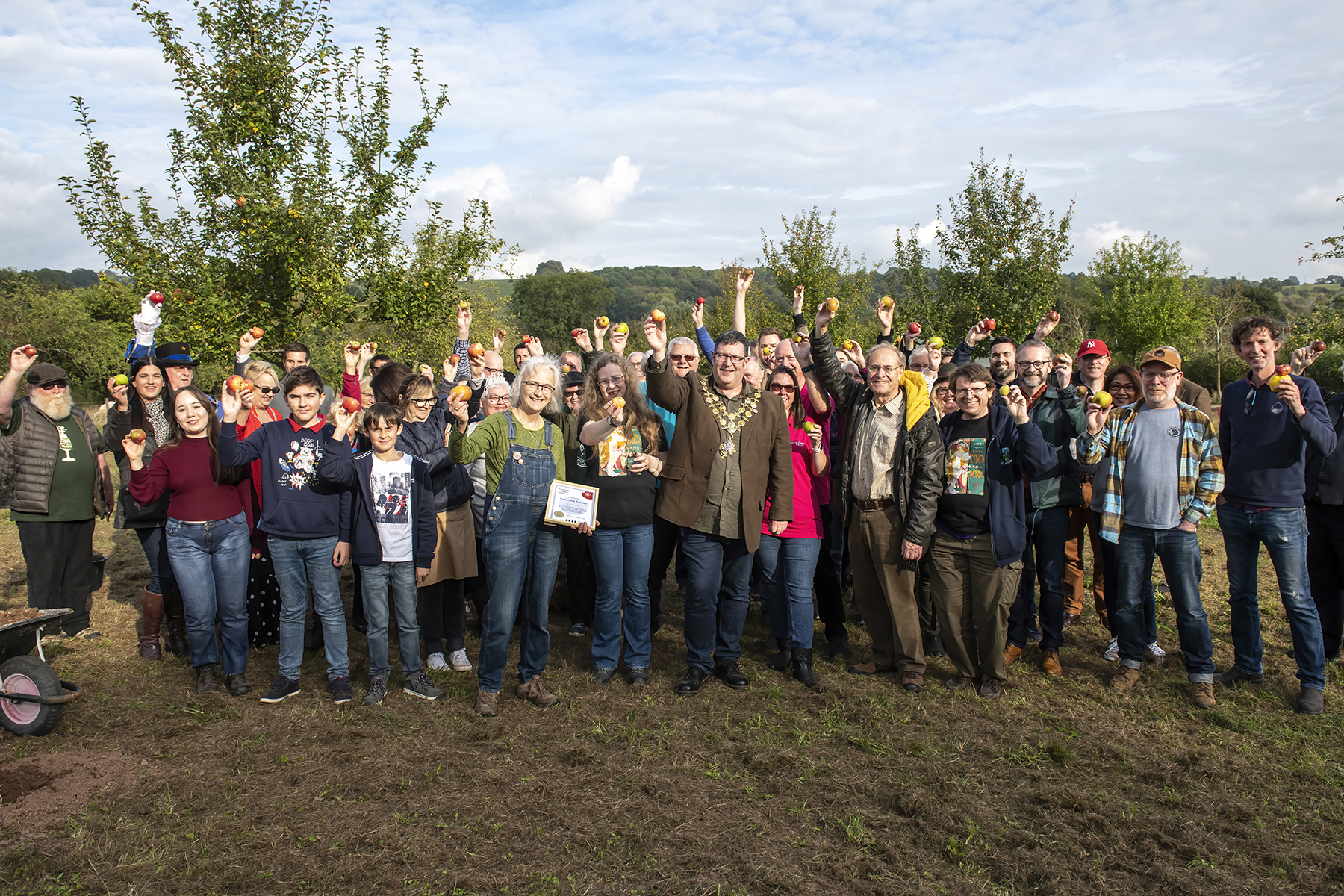 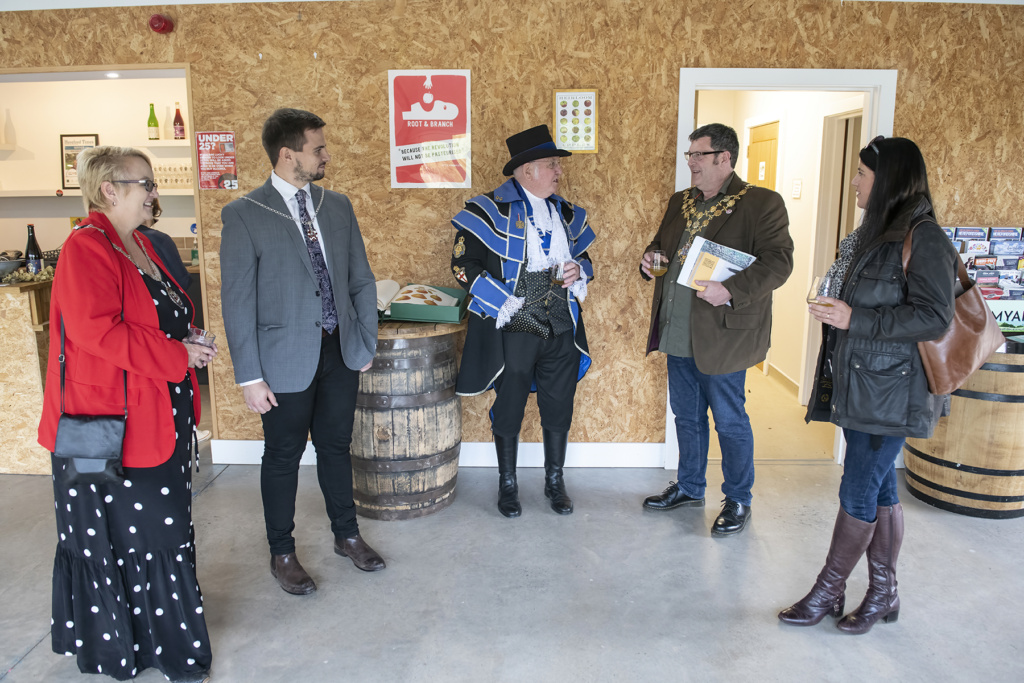 City of Hereford Mayor Cllr Paul Stevens looks to the future, planting two of the Holmer pear trees he has had specially grafted as part of his quest to rescue this endangered perry pear, at Little Pomona’s Cidery in Avenbury near Bromyard.

The plight of the Holmer perry pear is that bit more secure as the Mayor of the City of Hereford, Cllr Paul Stevens, begins to plant a raft of Holmer pear trees around Herefordshire, kicking off at Little Pomona Cidery on Brook House Farm on Saturday 16 October.

Cllr Stevens first came across the Holmer pear on a visit to the Museum of Cider with his predecessor, former Mayor Cllr Kath Hey in 2019. A resident of Holmer, Cllr Stevens was alarmed to find that this historic perry pear was endangered. He determined to change matters, sought out Jim Chapman of the National Perry Pear Centre in Hartpury to secure scions for grafting, and approached Nick Dunn at the nationally renowned nursery, Frank P Matthews near Tenbury Wells. Fast forward to Summer 2021 – remarkably 14 of the 15 grafts had taken, and 16 October saw the first of a number of plantings around the county, as part of the Queen’s Green Canopy, marking Her Majesty’s Platinum Jubilee in 2022. 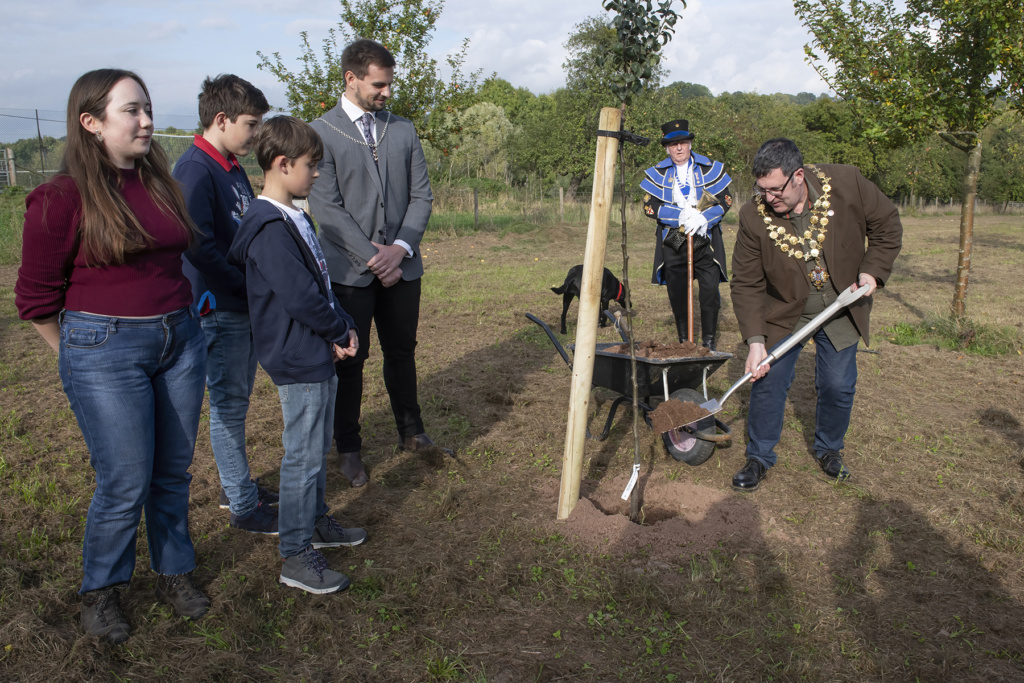 Representing the next generation, Cllr Stevens invited Jacques, son of Mayor of Bromyard, Suzette Brunsdon, Harriet Graham, Tobias Szabo and Jack Cullen to join him in the planting.

Fiercely proud of Herefordshire’s apple heritage, one of the initiatives spearheaded by Cllr Stevens is H’Applefest, destined to bring apple culture into the city of Hereford in Autumn 2022. Events will kick off with a music and apple festival in High Town on 1 October.

“In my opinion, Herefordshire is one of the spiritual homes of the apple,” says Cllr Stevens. We have some of the best cidermakers in the country. Let’s do more to give visitors a reason to come and experience it for themselves.”

Founded in 2015, the award-winning Little Pomona Cidery opened its Tasting Room and Cider Garden in 2020 on Brook House Farm near Bromyard. The tree planting took place at its first Club Open Day. Members travelled from across the country to join locals and dignitaries to celebrate new releases as well as new plantings. Open every Saturday as a bottle shop, 12-3pm, the Tasting Room will reopen in April 2022. 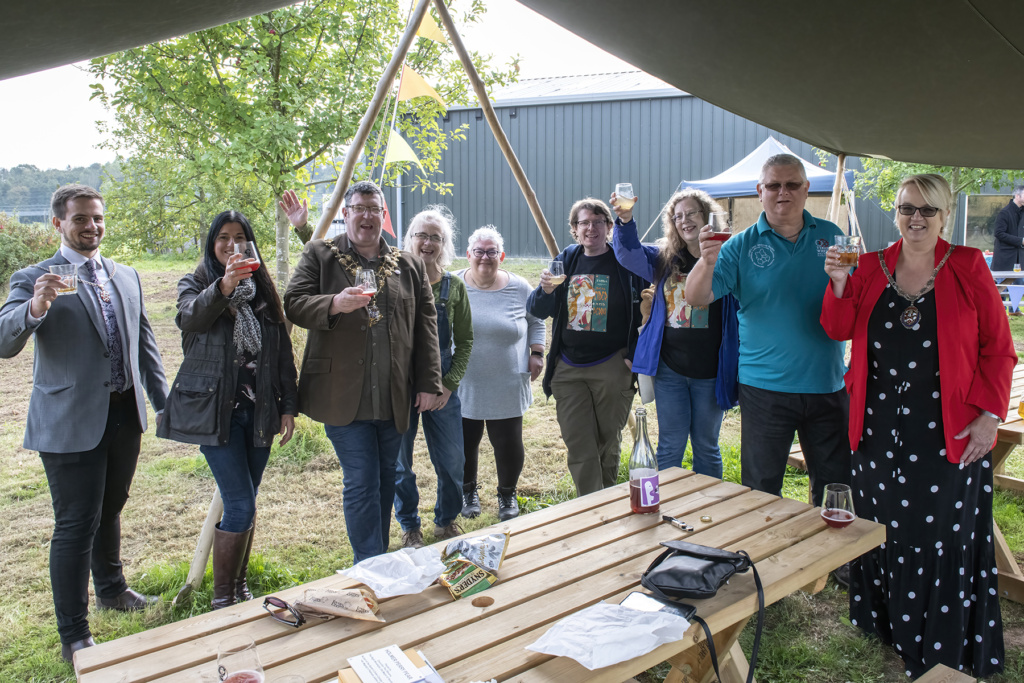 Little Pomona’s next open day is planned for 20 November, to celebrate the first cider release of the season along with other apple-themed activities, including an apple crumble competition. To stay in touch, join them on social media @littlepomona, or subscribe to their newsletter.