The Accession Proclamation of King Charles III in Hereford 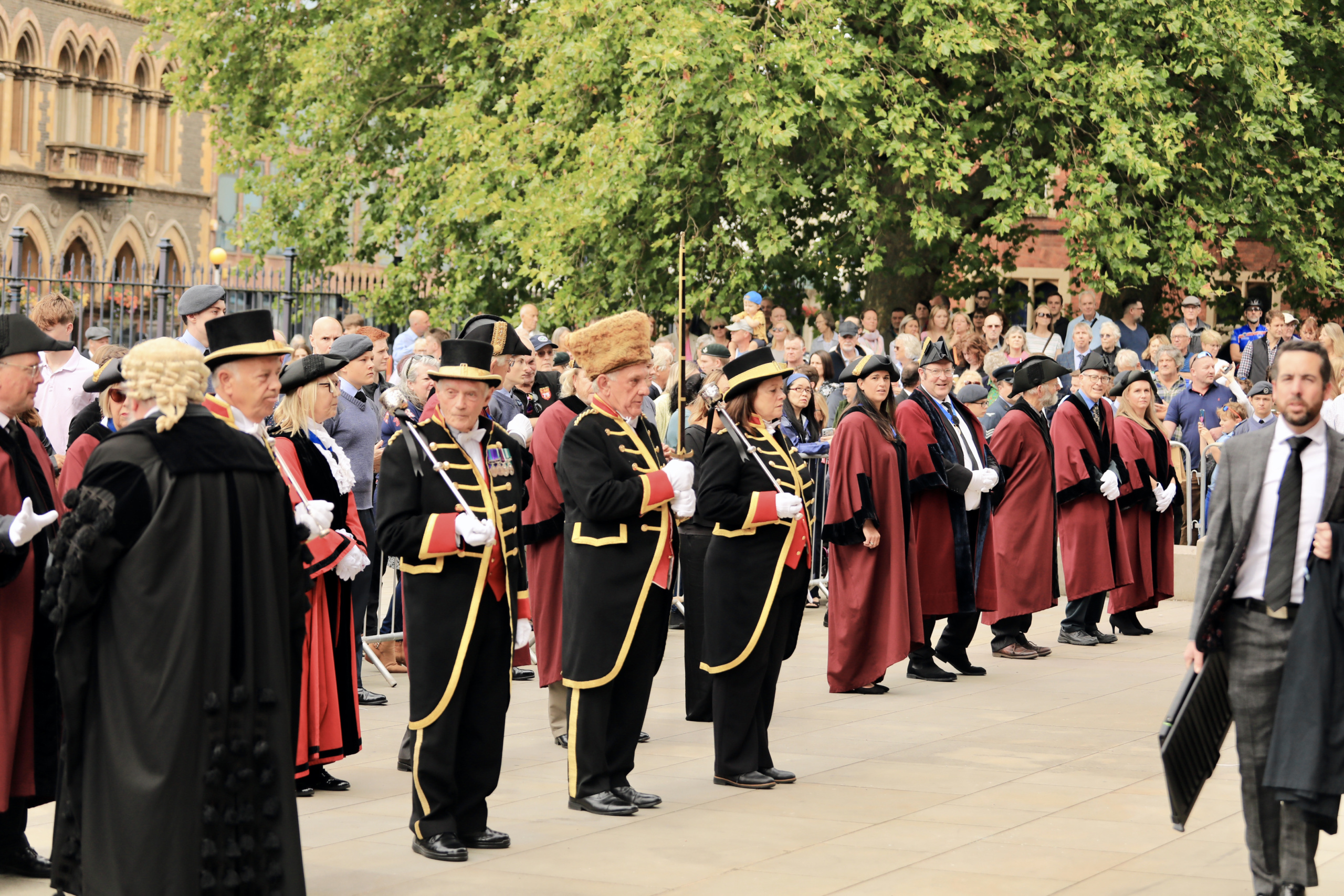 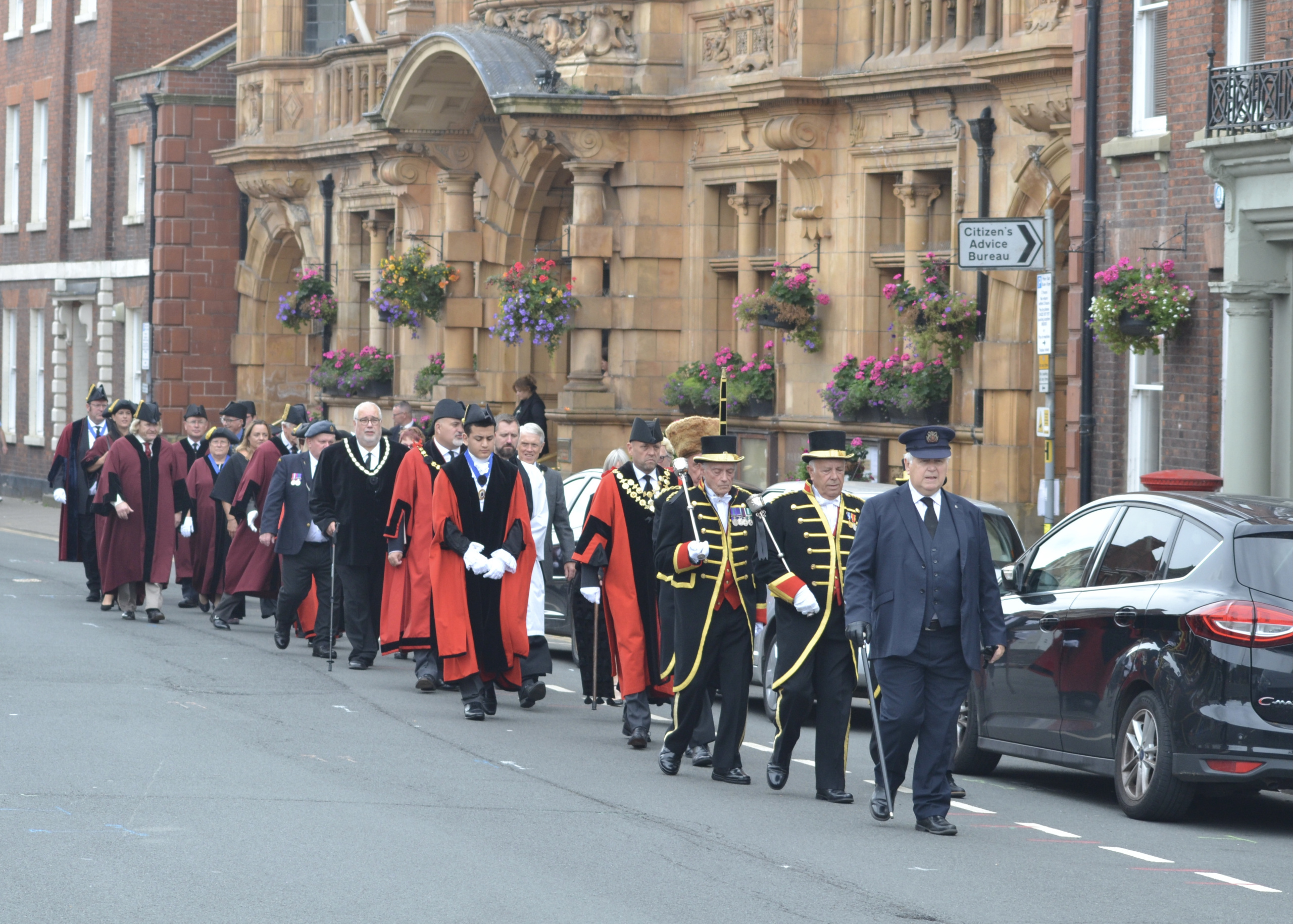 Today at Hereford Cathedral, crowds and civic dignitaries gathered to witness the Proclamation Ceremony of King Charles III. The event marked the formal proclamation to the people of Herefordshire of the beginning of our new King’s reign. 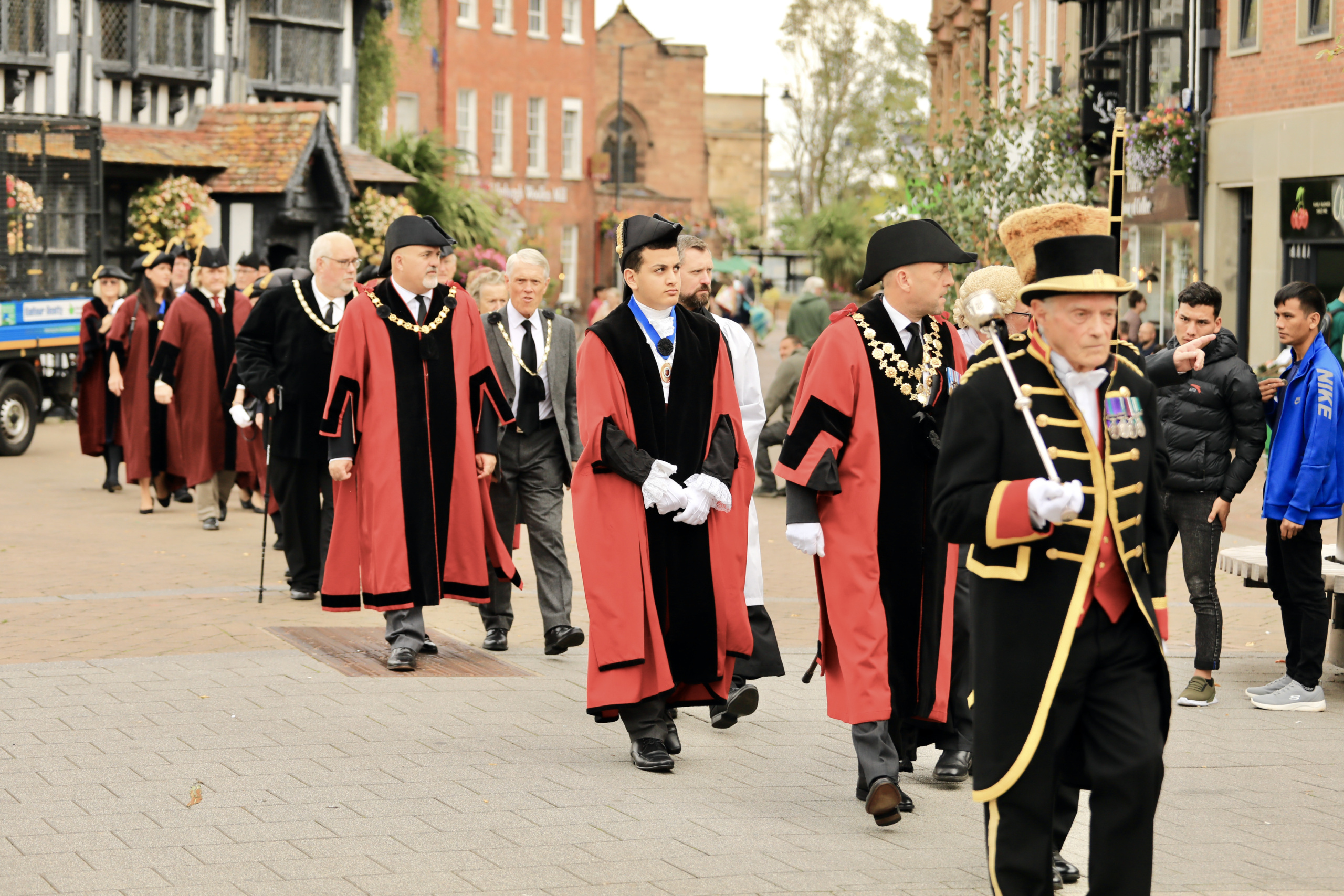 Mayor of Hereford Mark Dykes, City Councillors, Mayors, The Liveried Team, the Town Clerk, and others were led by the Mayor’s Officer John Marshall from Hereford Town Hall to Hereford Cathedral, where the ceremony was held. The Lord Lieutenant and High Sheriff made the proclamation, after which prayers were offered by The Dean, and the National Anthem sung. 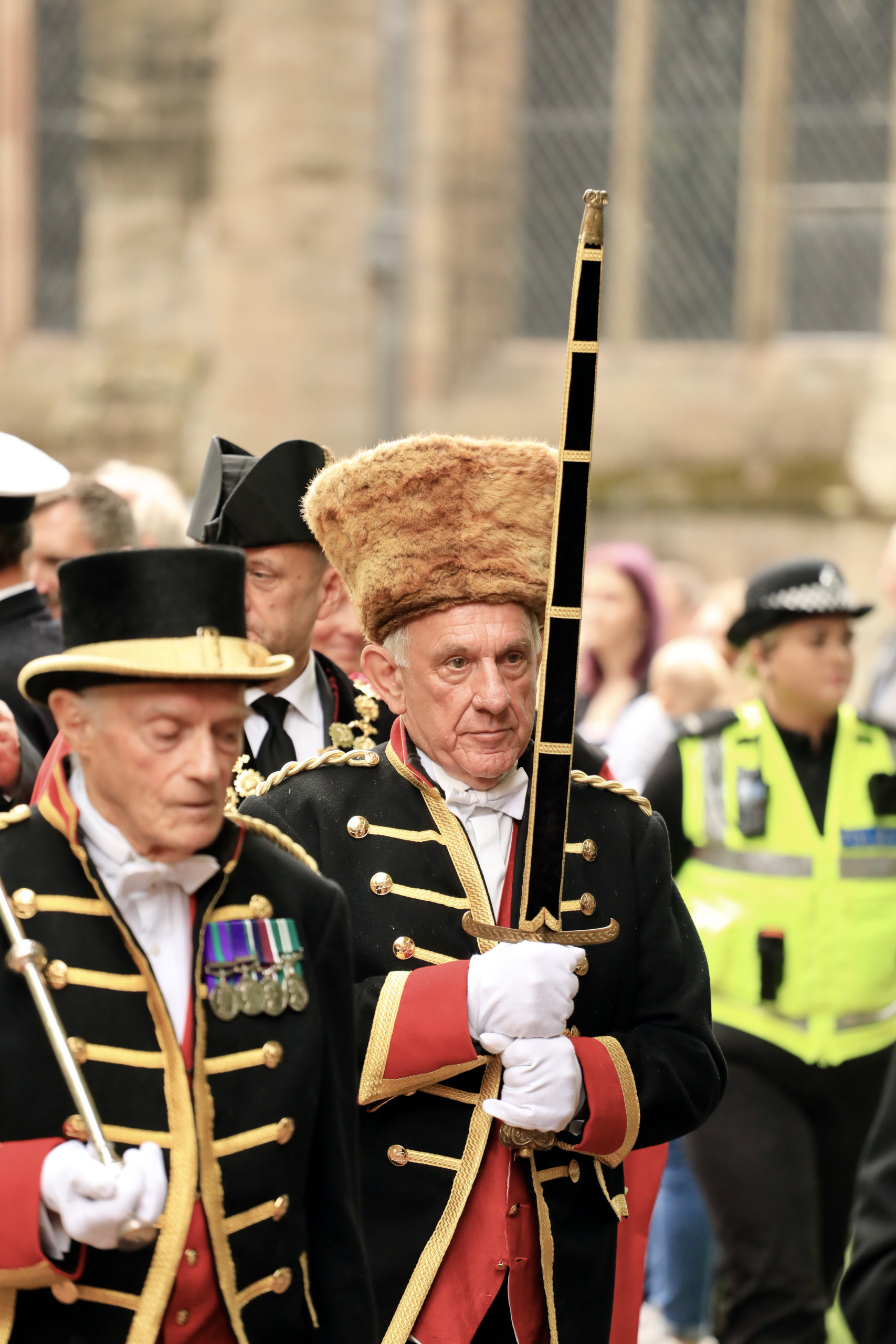 Traditionally, the State Sword is carried during these processions, but today one of Hereford’s most treasured artefacts was carried by the Swordbearer instead; The King’s Steel or ‘Mourning Sword’.

It is believed to have been presented by Henry Vlll around 1528 and is only carried in the event of the death of the reigning Monarch or a Mayor during his year of office. The sword has connections with the Battle of Mortimers Cross in 1461. 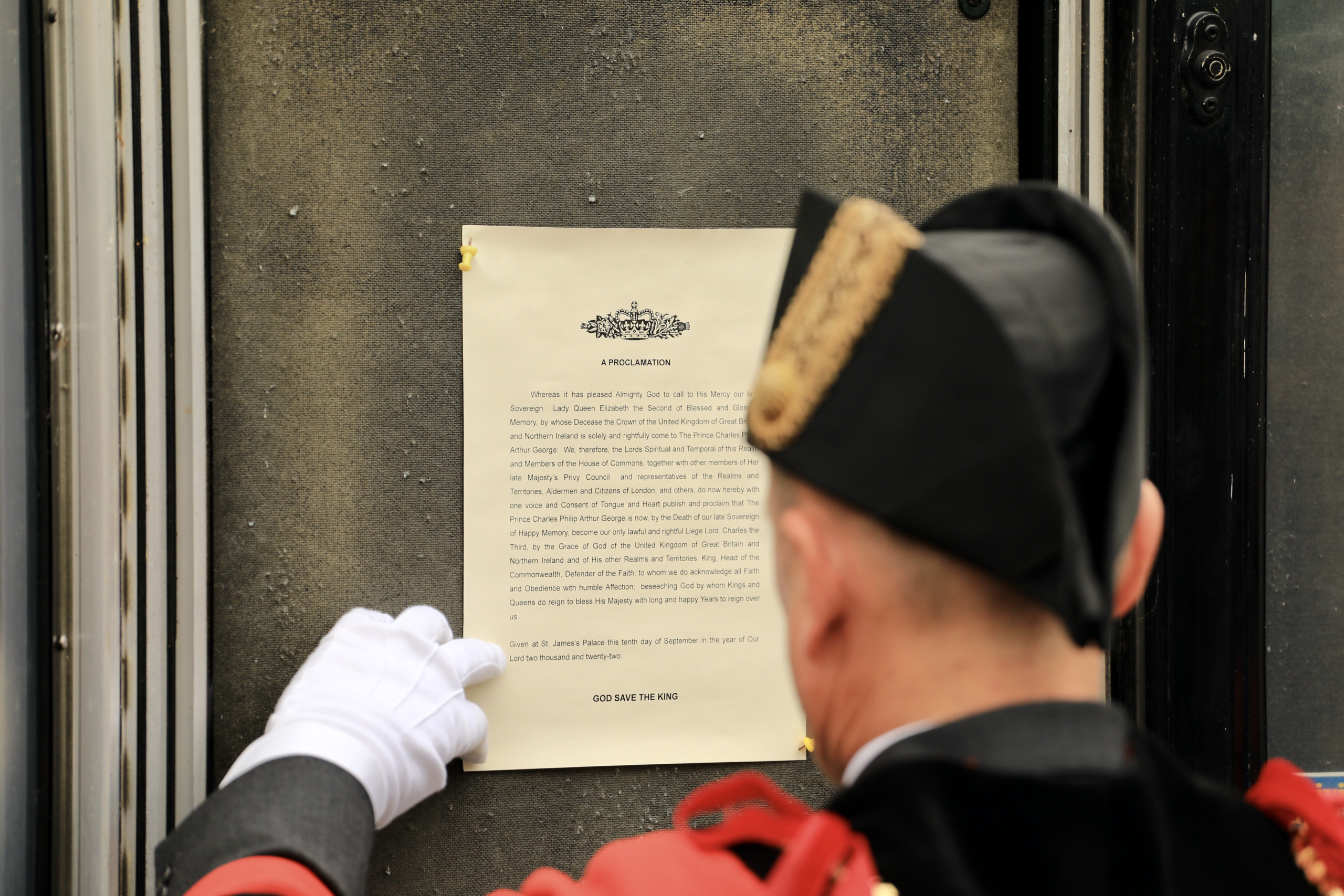 Unlike the State Sword, the Mourning Sword was used in battle in ages past.

Though this event was a reminder of Queen Elizabeth II’s recent passing, it was also an occasion to celebrate King Charles III’s ascension to the throne. We wish our County, our Country, and our King a prosperous reign ahead.

God save the King. 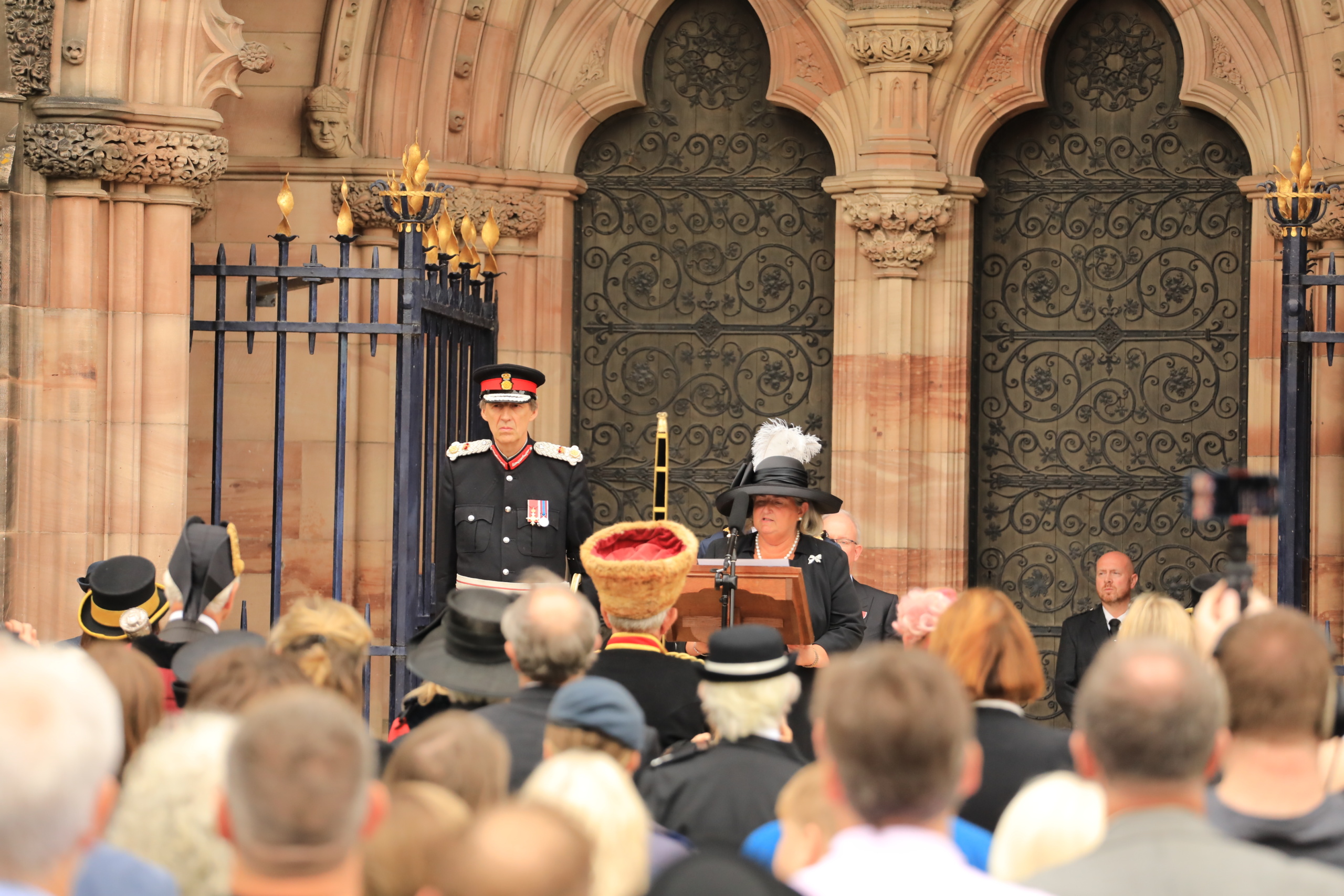