The opening of the Mayfair 2022 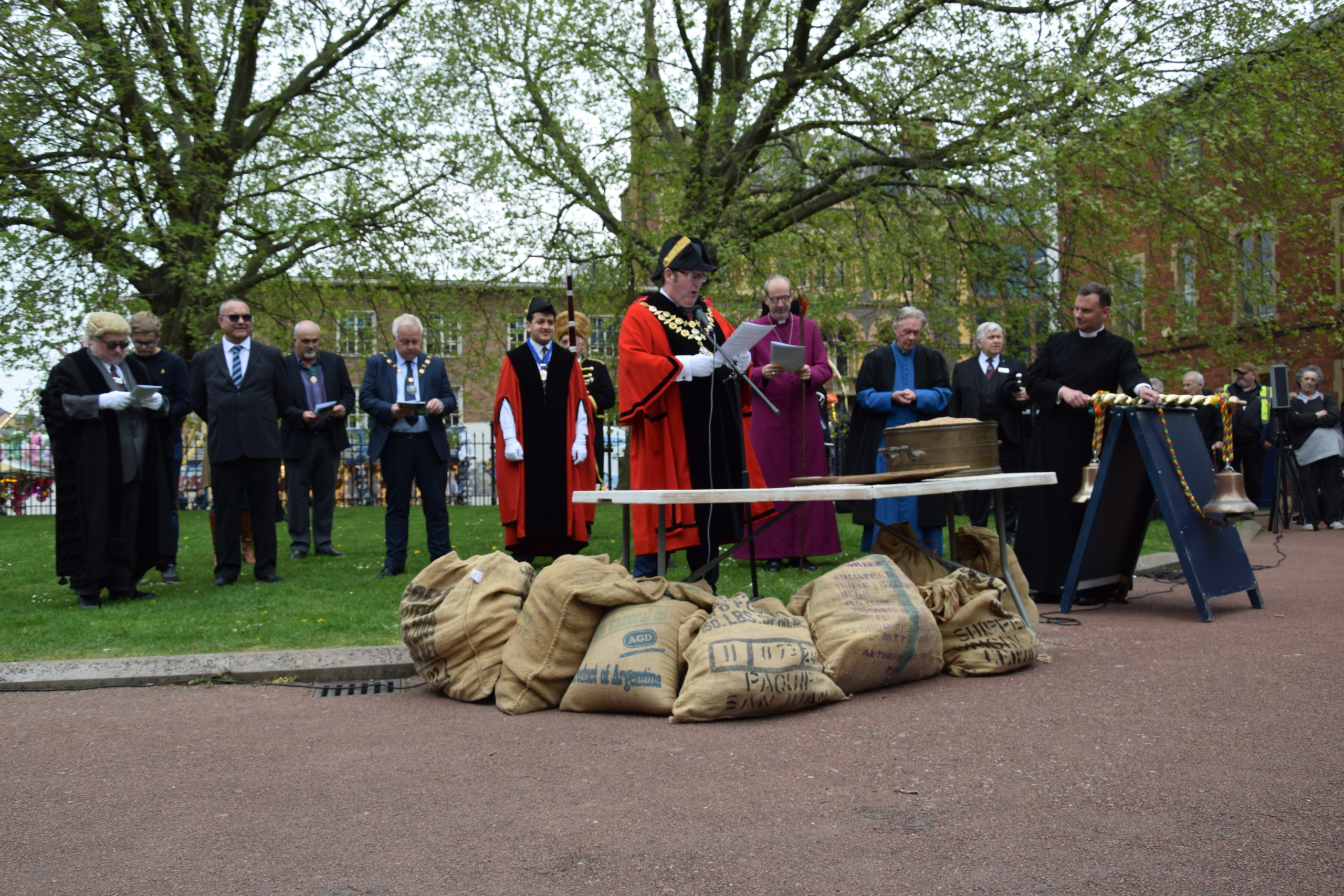 Today the Mayor of Hereford, Cllr Paul Stevens, together with the Bishop of Hereford, the Rt. Reverend Richard Jackson, officially opened the Mayfair 2022! 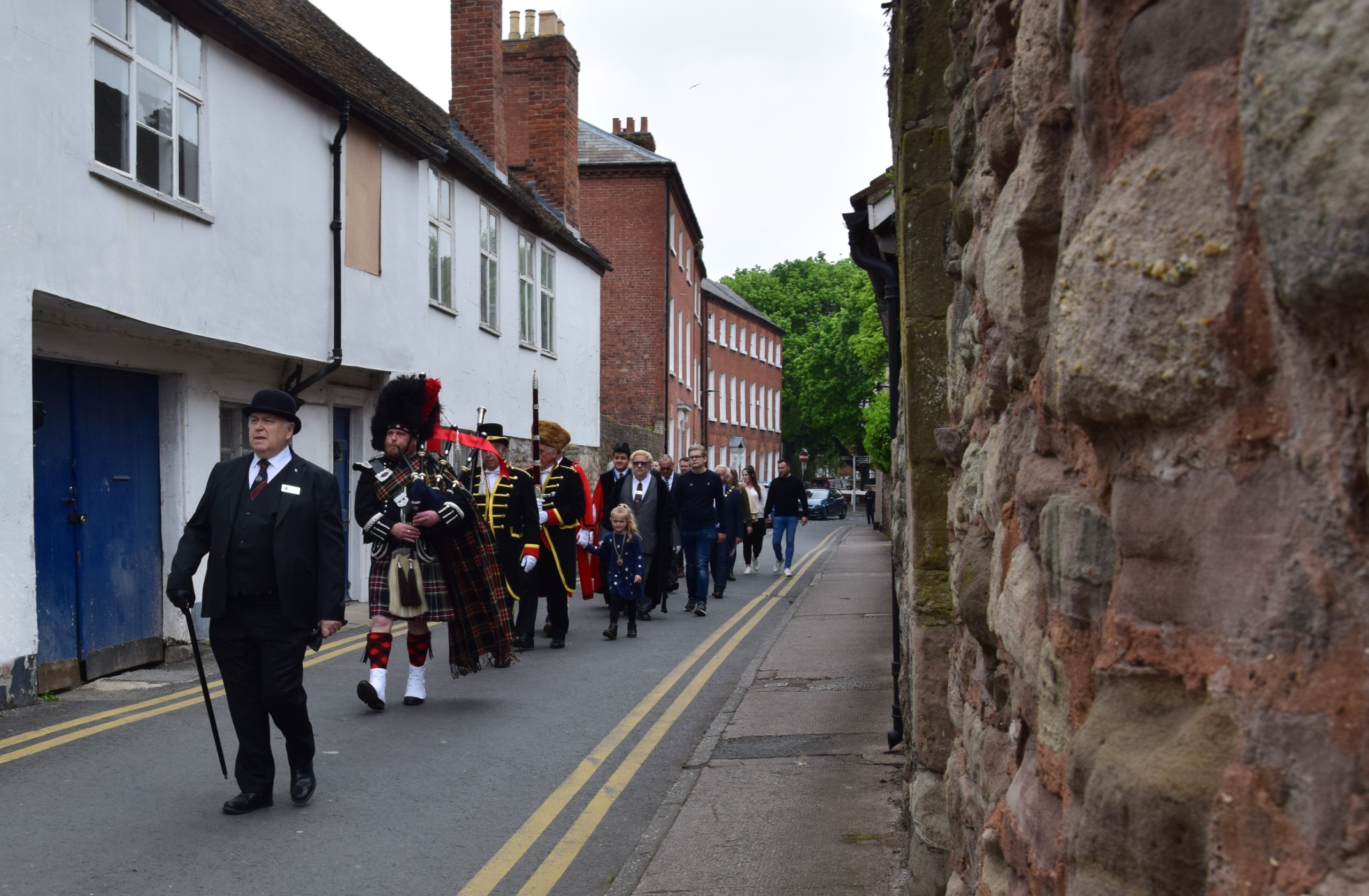 It was an historic and joyous occasion for the City of Hereford, which has gone without its traditional fayre for two years due to the Covid Pandemic. A remarkably large crowd gathered to bear witness to the traditional opening ceremony outside Hereford Cathedral, cheering as the Mayor and Bishop performed the ancient customs that are required to open the fayre. 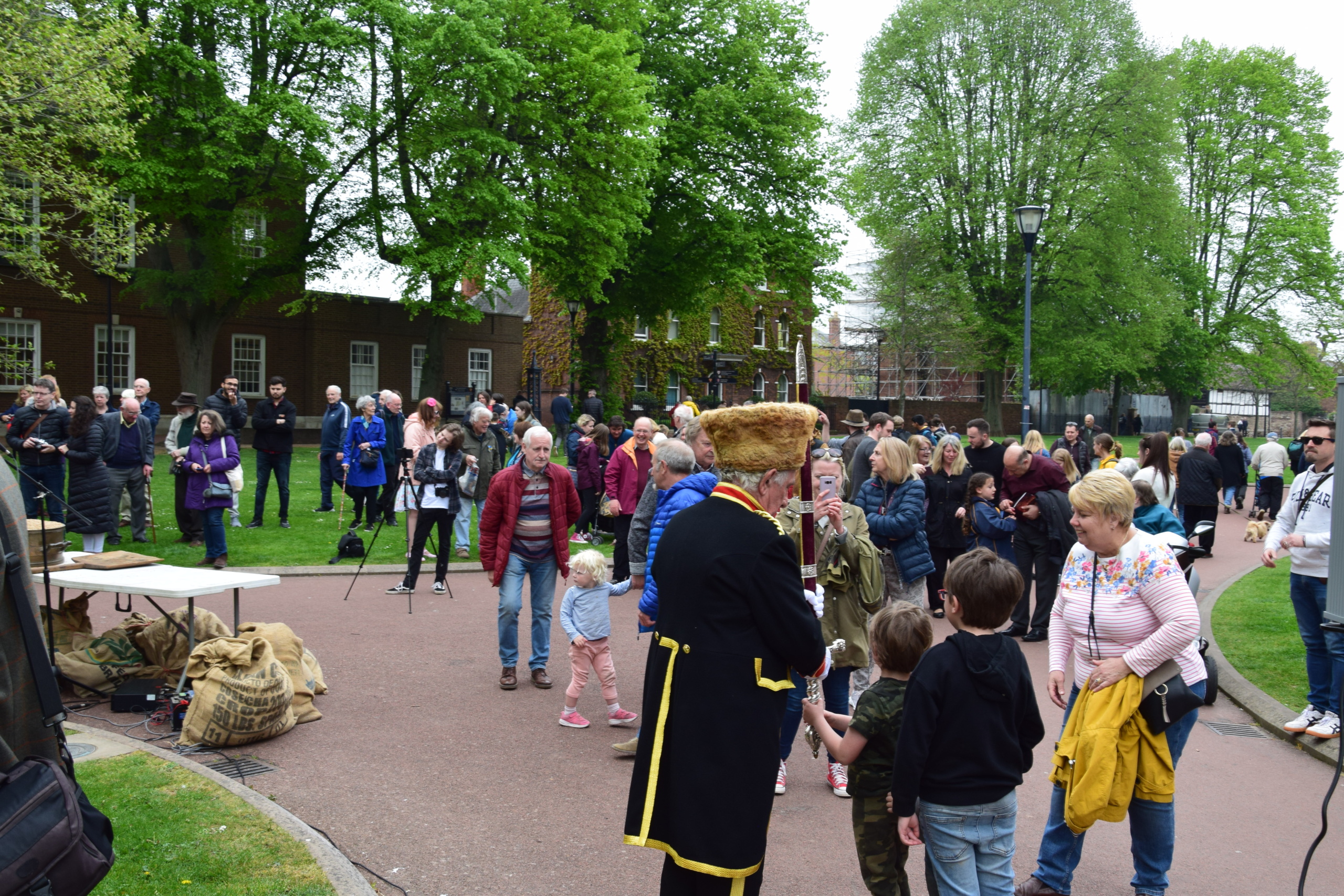 The opening ceremony of the Mayfair has age-old ties with the City of Hereford, stretching all the way back to 1121, when King Henry I granted the Bishop of Hereford the right to hold a three day fayre. That makes the Mayfair 901 years old on this very day, and the oldest fayre in England!

Since 1838, it has been tradition to provide the Bishop with twelve and a half bushels of best wheat in payment for the fayre. Though this has little significant value today, it was an appropriate payment for the Bishop when this tradition was established. As is required, the Mayor of Hereford Paul Stevens exchanged these bushels of best wheat at 4pm today, with much applause from the local audience.

With the wheat given and the traditional bell rung, the Mayfair was officially declared open, and no time was spared as the crowd and civic dignitaries set about enjoying what the fayre has to offer. The Mayor and the Bishop rode the Big Wheel, aimed at prizes on the rifle stand, roasted marshmallows, and even took the bumper cars for a spin.

This year is particularly momentous as the fayre was unable to take place during the lockdowns of 2020 and 2021. Having endured these hardships, it is a cause for celebration to see the fayre back in the City. We hope you all enjoy this, one of Hereford’s most exciting events! 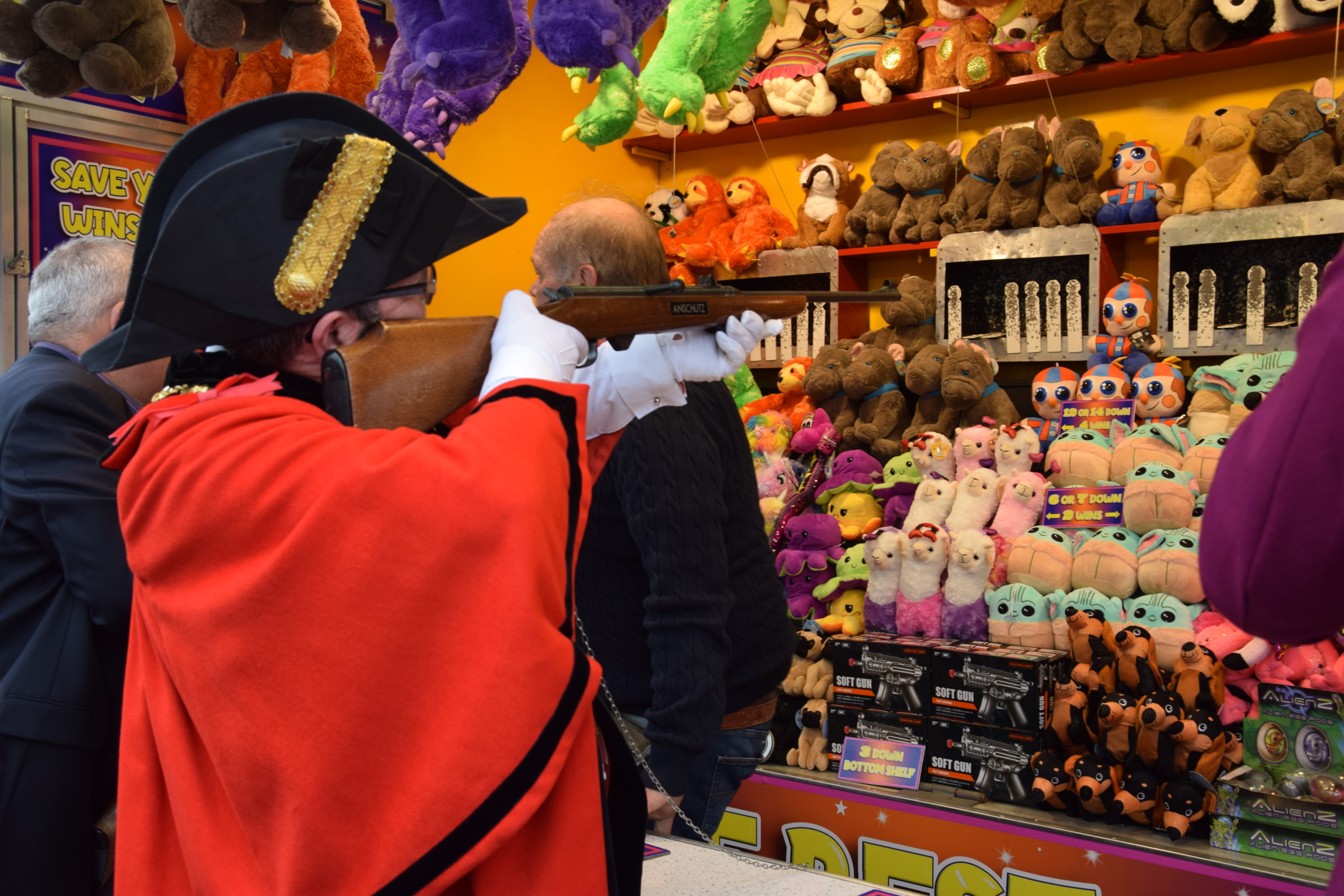 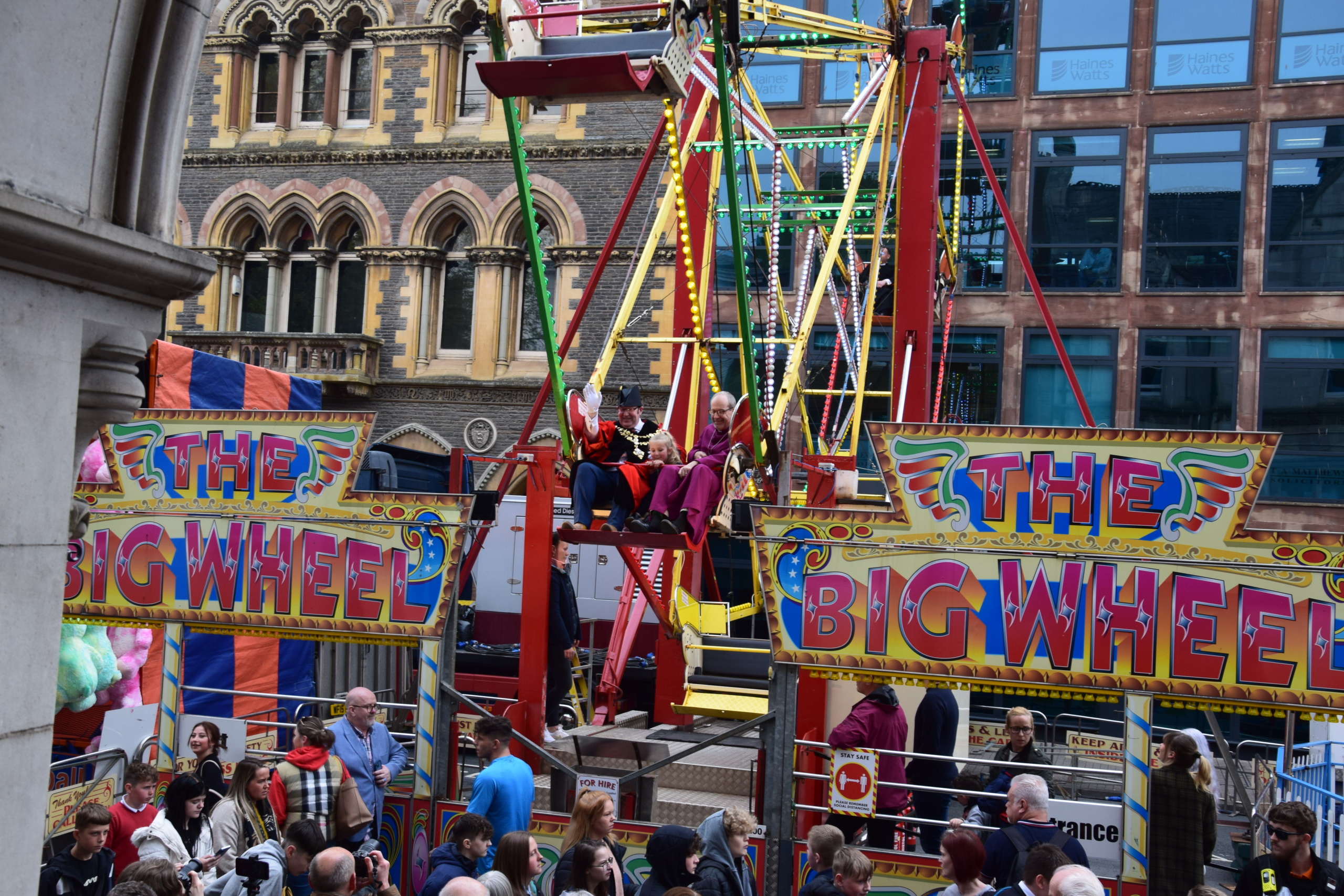