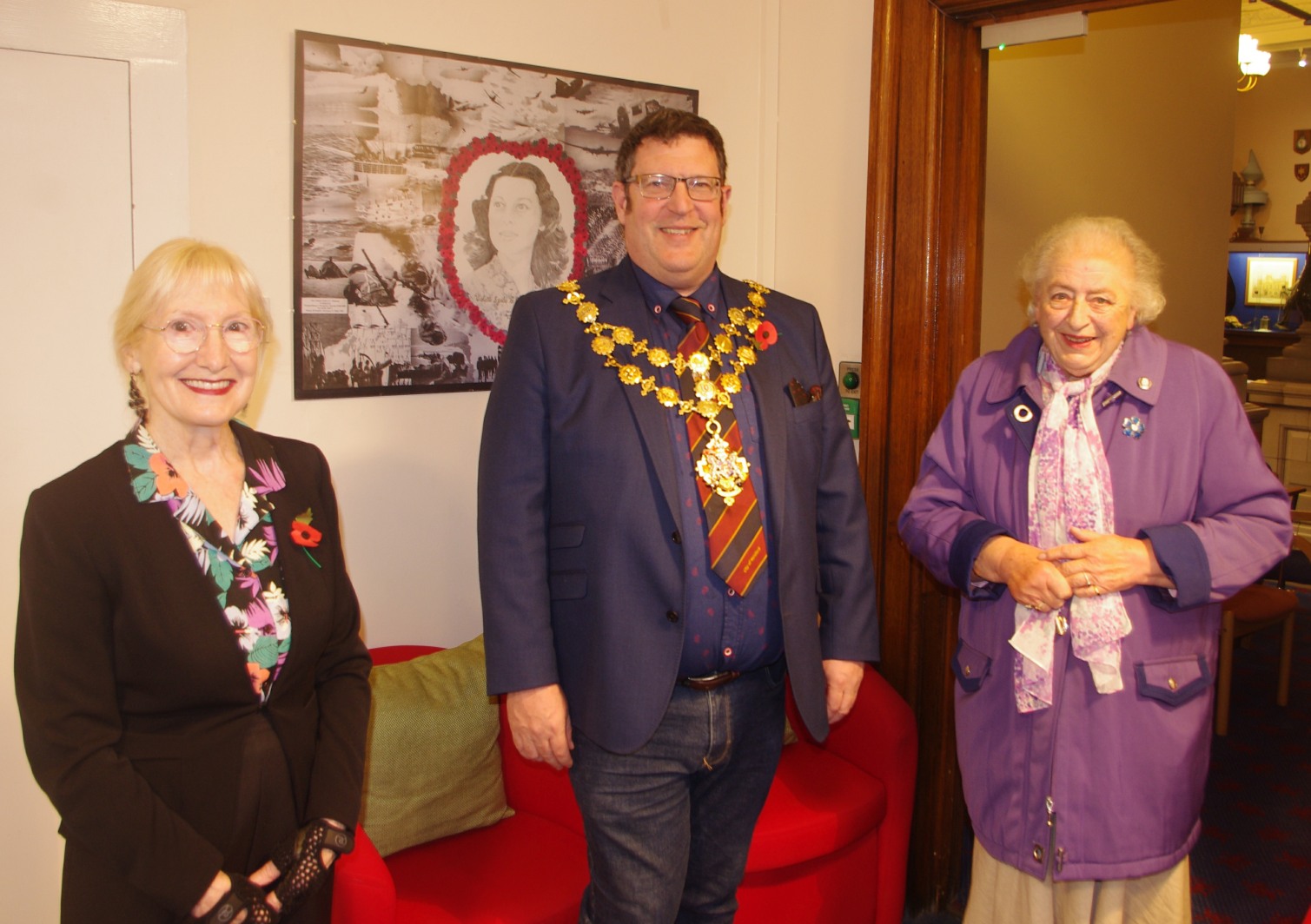 Violette Szabo (1921-1945) was a British-French Special Operations Executive (SOE) agent during the Second World War and a posthumous recipient of the George Cross. As a British spy, she was parachuted into France twice to collect valuable intelligence and paid the highest price for her exceptional bravery. On her second mission into occupied France, Violette was captured by the German army, interrogated, tortured, and deported to Ravensbrück concentration camp in Germany, where she was executed at 23 years of age.

During her missions, Violette would escape to Herefordshire, the place that she loved, and to her relatives at Wormlow. That place has now become The Violette Szabo Museum, which can be visited by appointment. Tel: Rosemary E.Rigby – 01981 540477.

This year would have been Violette’s 100th Birthday Anniversary, with which, local artist Jan Hann has created Trio-Portraits – all different – in memory of Violette for the County of Herefordshire. One has been placed in Violette’s Museum at Wormlow; a second one is with the County Hospital, whilst the third one was received by the Mayor of Hereford, Councillor Paul Stevens, and is now mounted in the Town Hall.

Mayor of Hereford Paul Stevens was delighted to attend the unveiling at Hereford Tourist Information Centre, saying; “It was an absolute pleasure to meet Janet. Particularly at this time of year, it is important that we recognise all lost personnel who fought and served in conflicts. Violette Szabo was a very special young lady whose work at the time was vital to the war effort. It’s incredible to receive this work of art from Janet and Rosemary; well done to Jan Hann for creating such a unique piece.”

Talking about the piece, artist Jan said: ‘Violette represents, together with her colleagues (Poppies), the enormous POWER (War Activity) that secret messaging had provided during the war!’ 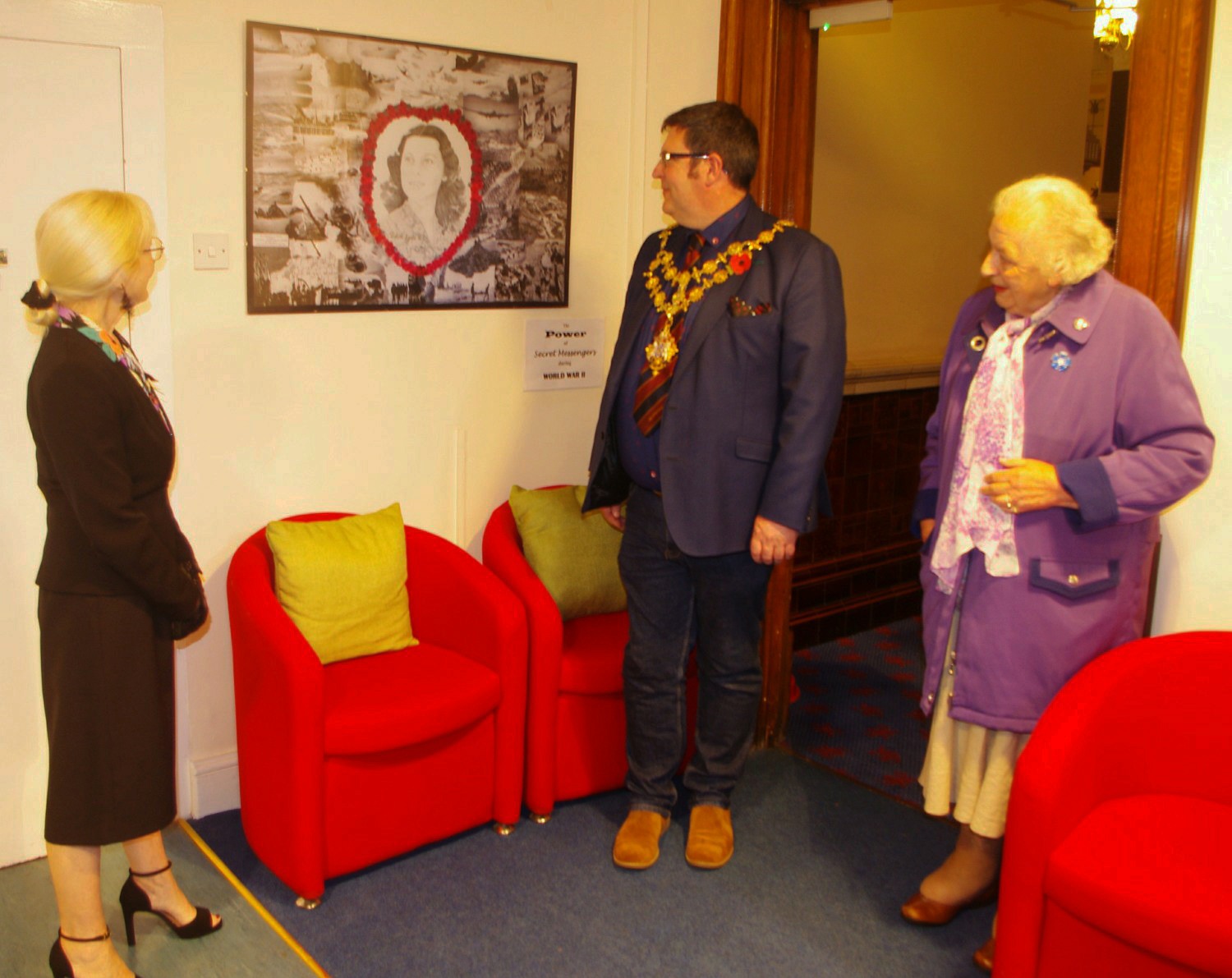