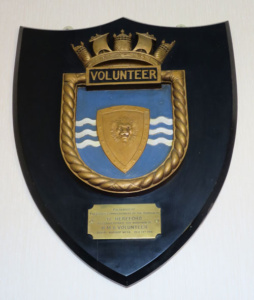 Warship Weeks were held in most towns and cities in Britain  but with a few exceptions on different dates. Herefordshire decided that its seven towns would all hold theirs in the week from 29 November to 6 December 1941. The towns may express a preference but the ships allocated to them were chosen by the Admiralty. In most cases the choice was based on the size of the town since they had to raise a sum equal to the cost of building the hull of a similar class of ship and were also encouraged to raise double this sum to cover the cost of fitting out the warship.

Leominster was the largest town after Hereford with a population of 11,700 followed by Ross-on-Wye (10,500), Ledbury (10,000), Bromyard (4,700)  and Kington (3,300). The villages of Bredwardine with Dore (600) and Weobley (1,250 ) also adopted ships. Hereford and Bromyard were allocated V & W Class destroyers but Leominster and Wigmore were rather surprisingly allocated a minesweeper but raised more than Bromyard. 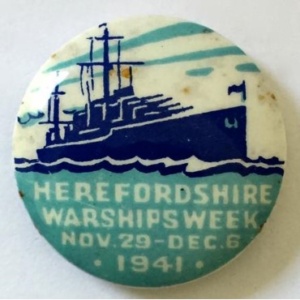 Competition between neighbouring towns to see which would raise the most money was always fierce but especially so in Herefordshire where all seven Warship Weeks were held at the same time. The size of ship allocated was usually based on population, a good indicator of the amount of money a town could raise and it was rather surprising that Leominster was allocated a minesweeper and the smaller town of Bromyard a destroyer. Bromyard expected to be allocated a Corvette for which the target figure was £50,000 but the Admiralty slipped up and through an administrative error they received a destroyer. By 1943 Bromyard had doubled their target figure but that was still only half the amount raised by Hereford to adopt HMS Volunteer.

Hereford was the second city in Britain to receive a Royal Charter (the first was Ely which adopted HMS Walpole) and although its population was only 61,000 it exceeded its target figure of £210,000 and raised £253,499 (£5 1s 6d. per head) to adopt the destroyer HMS Volunteer.

The switching on of the Christmas Lights in Hereford